DIY Moana Birthday Party for under US$70!

Hello Drevio readers, today we have been inspired by Rachel that told us, how she create a Moana Birthday party in a budget! Please , have a read! 🙂

hi everyone it’s Rachel and I just had 12 little children running around my house celebrating my dear sweet Molly’s eighth birthday.

today you are invited to join us for Molly’s 8th birthday party.

We did a DIY Moana luau style party for a grand total of $70, yes $70! I pretty much handmade or used what I had everything for this party because that’s how we roll but also because Molly loves crafting love making things and really enjoyed helping me prepare for this party. A lot of the crafts and things that we did decorations that we did were partly her idea and had her handprint on all the different costs.

First invitations I used a free design from Drevio.com  and just inserted a picture of Moana and our information and had those printed, for I think, I did 10 invitations and it was about six dollars at my local Walmart. 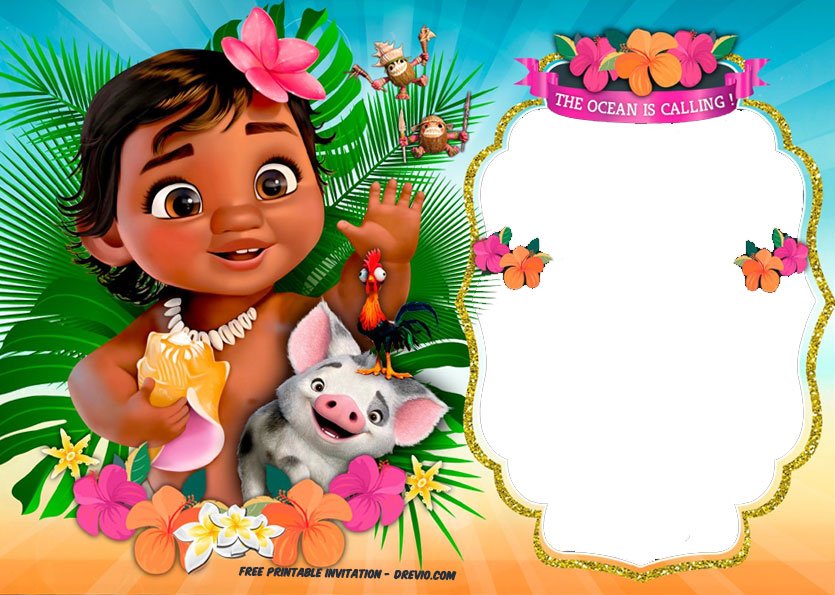 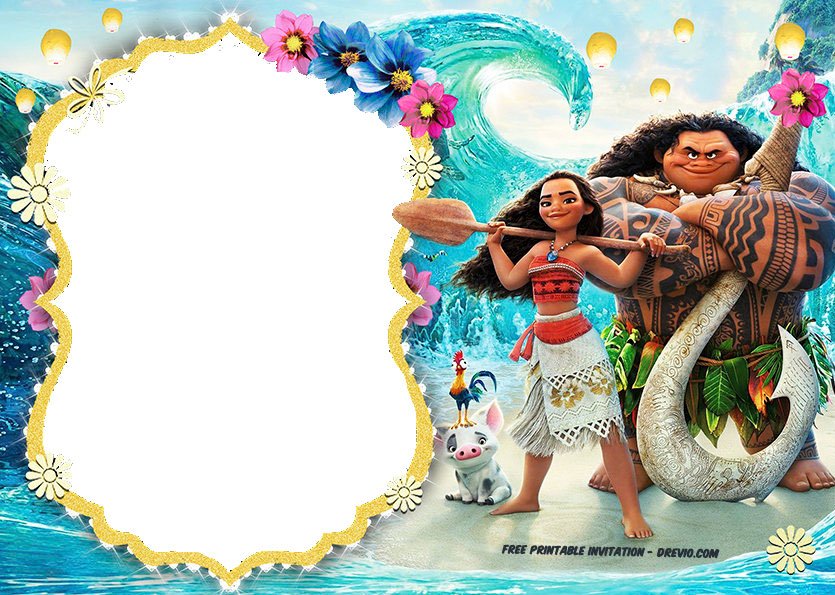 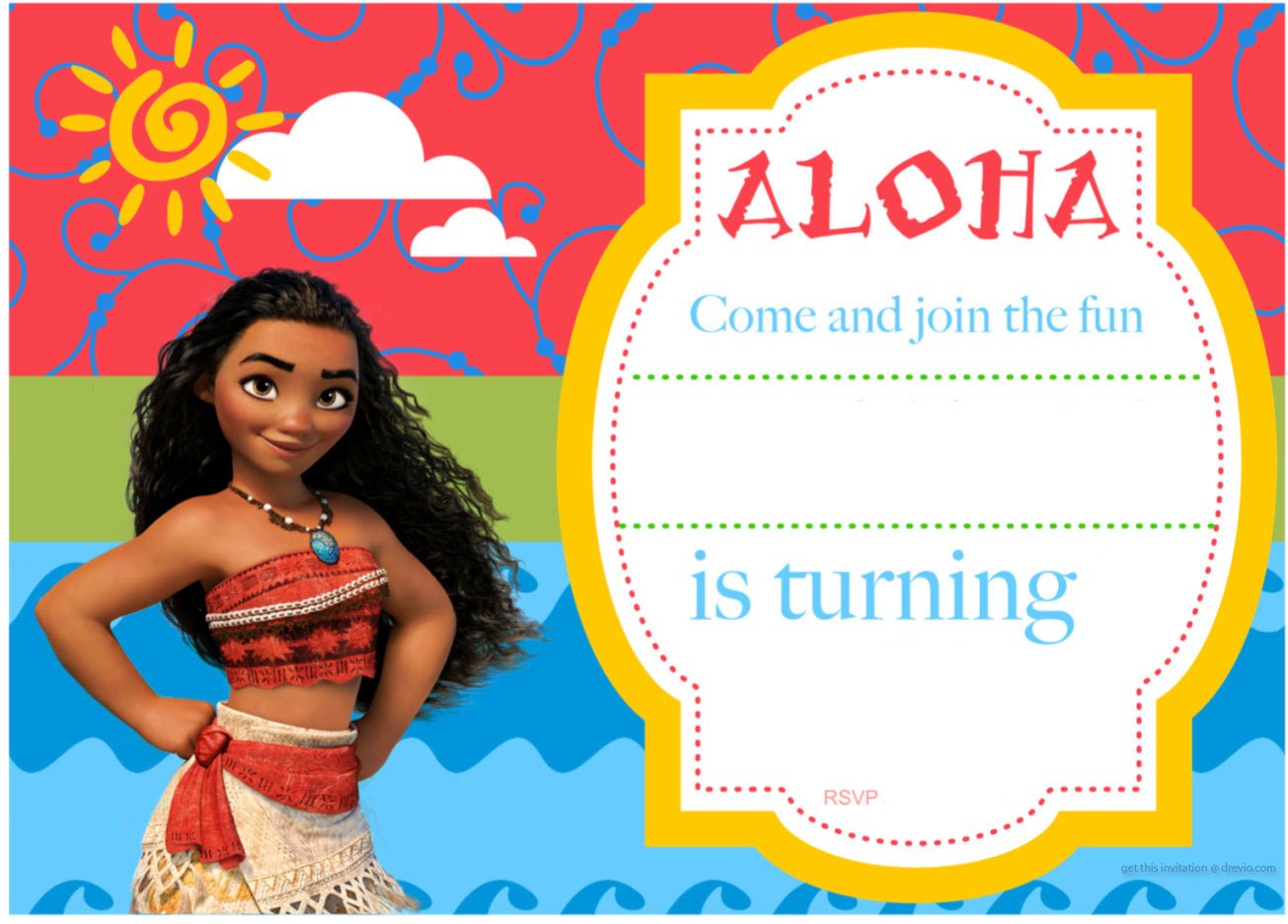 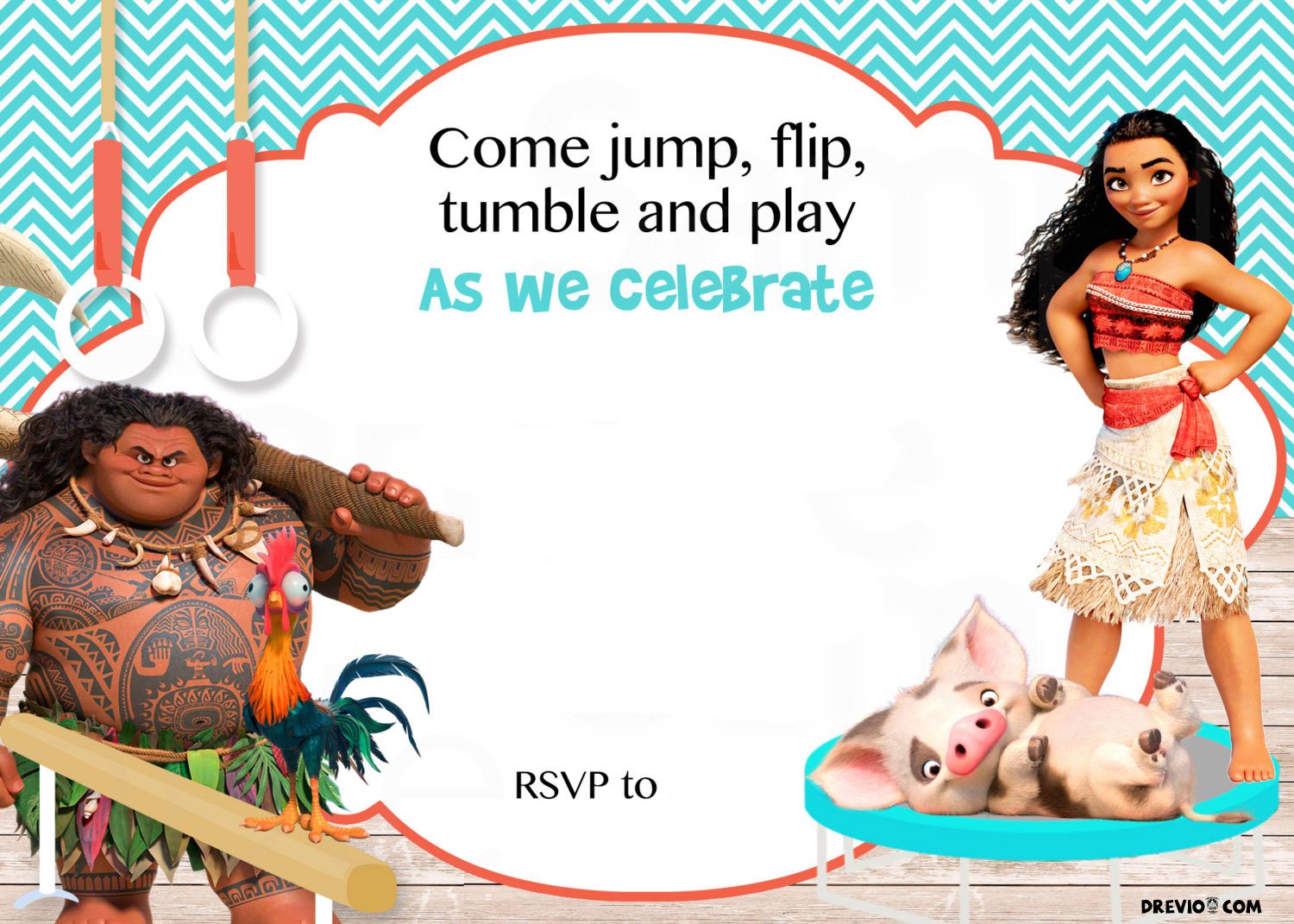 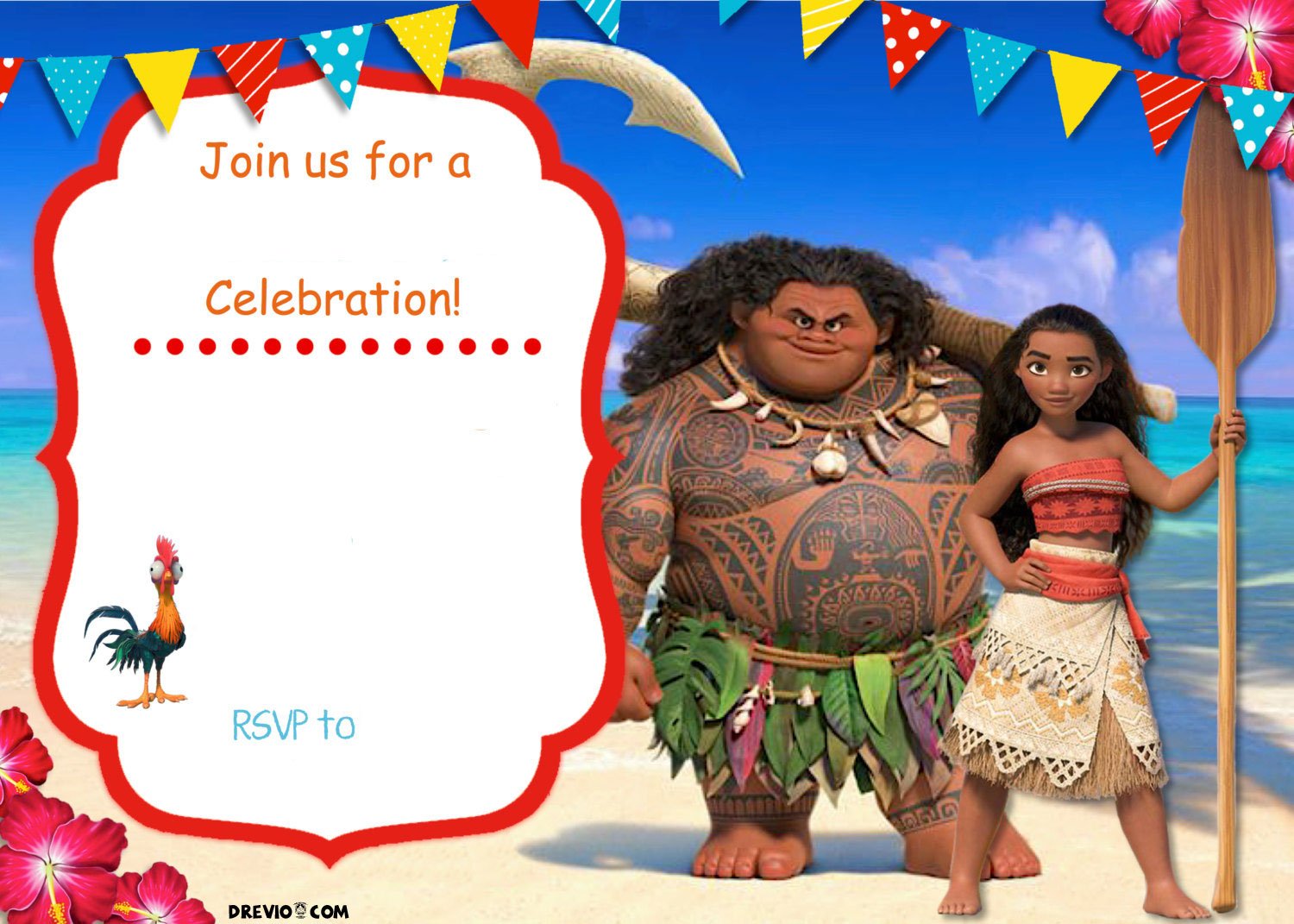 We always have a welcome activity when we have a party at our home for children, so that there’s something for them to come in and do we welcomed our friends with a lei.

We let them pick a color of lei and I bought these lays at Hobby Lobby, I used a 40% off coupon and those were about $7 for all of them because I bought about 20 leis!

And then we had some free printable color pages that we printed online of Moana and Maui and I just had my pencils out color pencils for kids to use to color their color page. I also had just some blank white paper in case somebody preferred drawing instead. 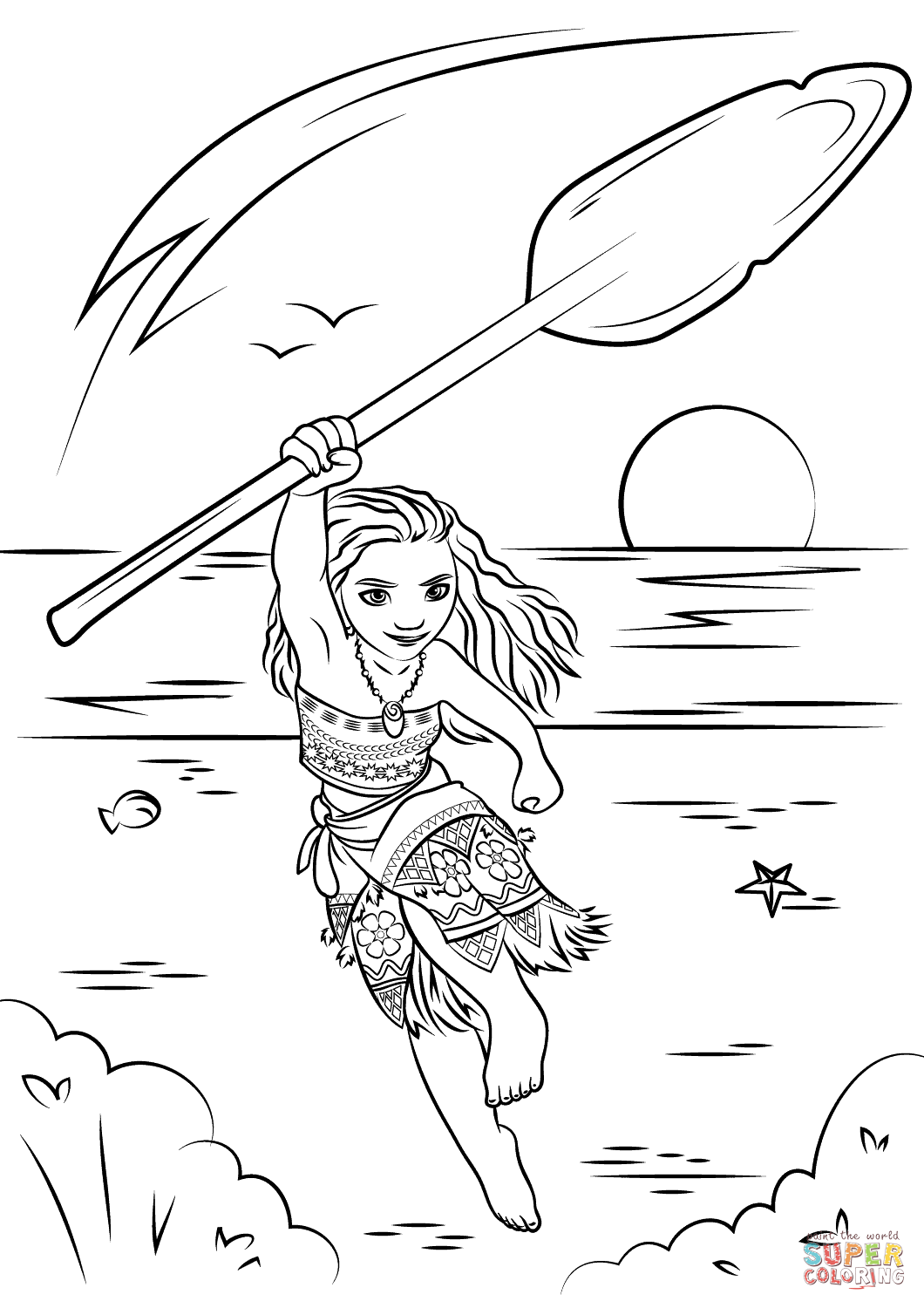 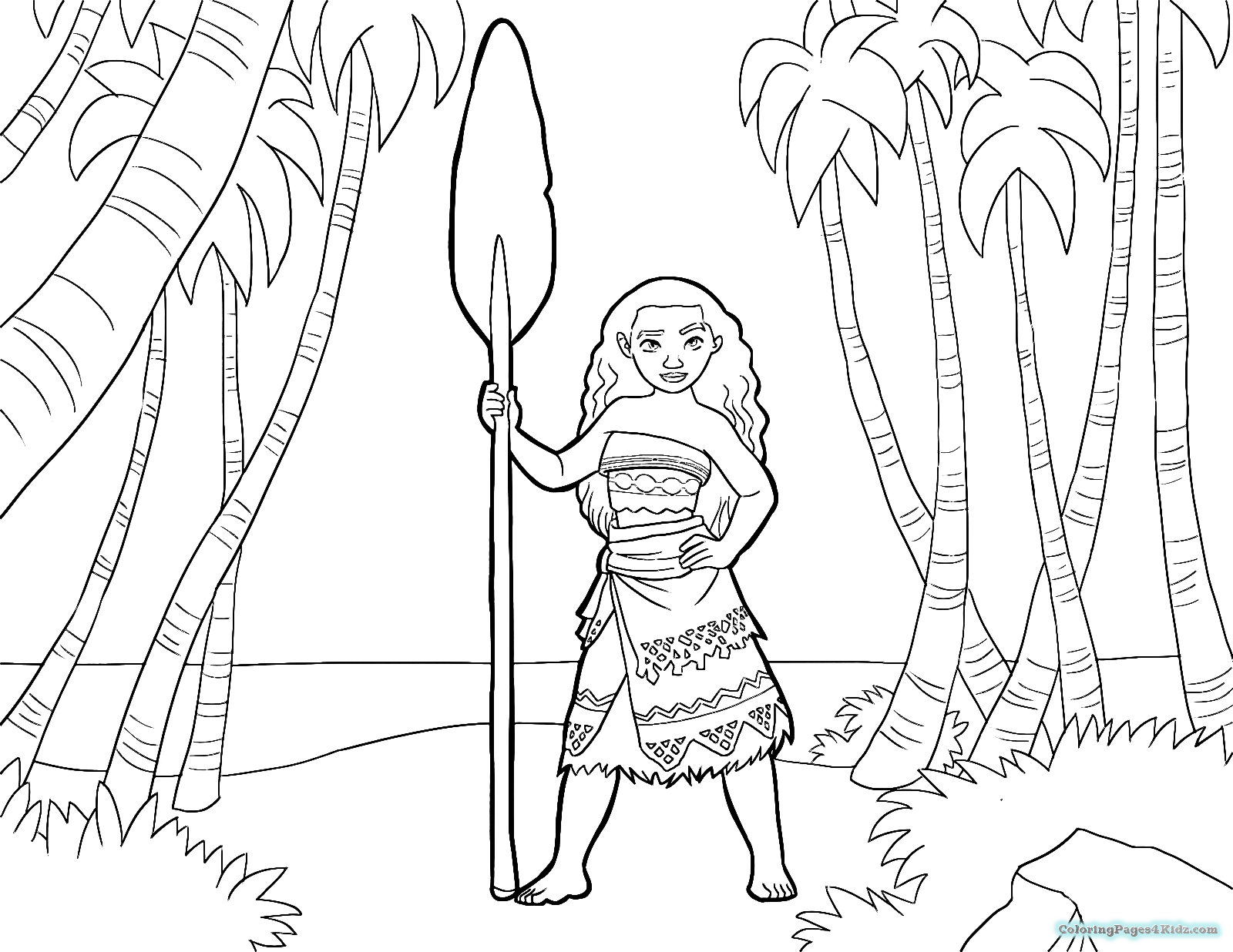 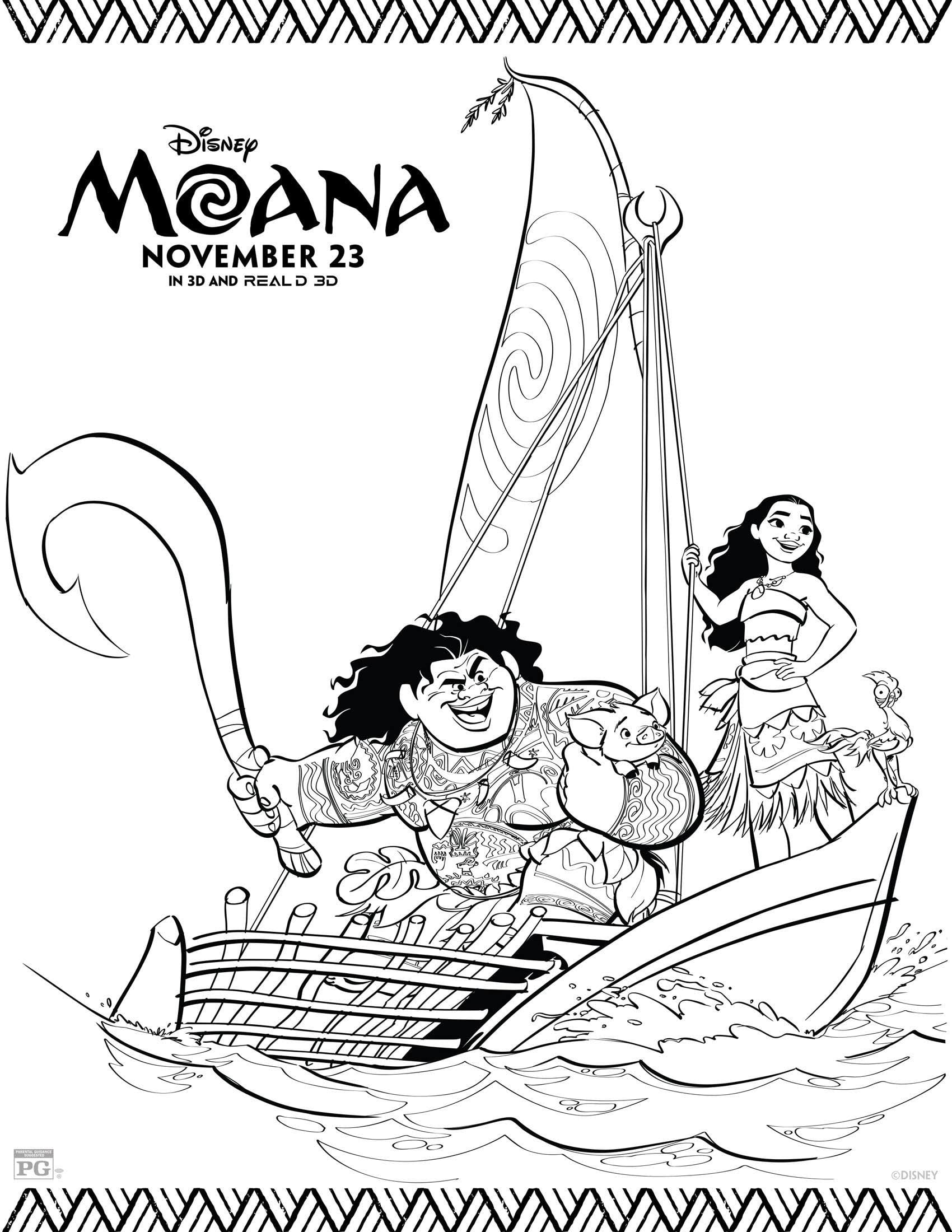 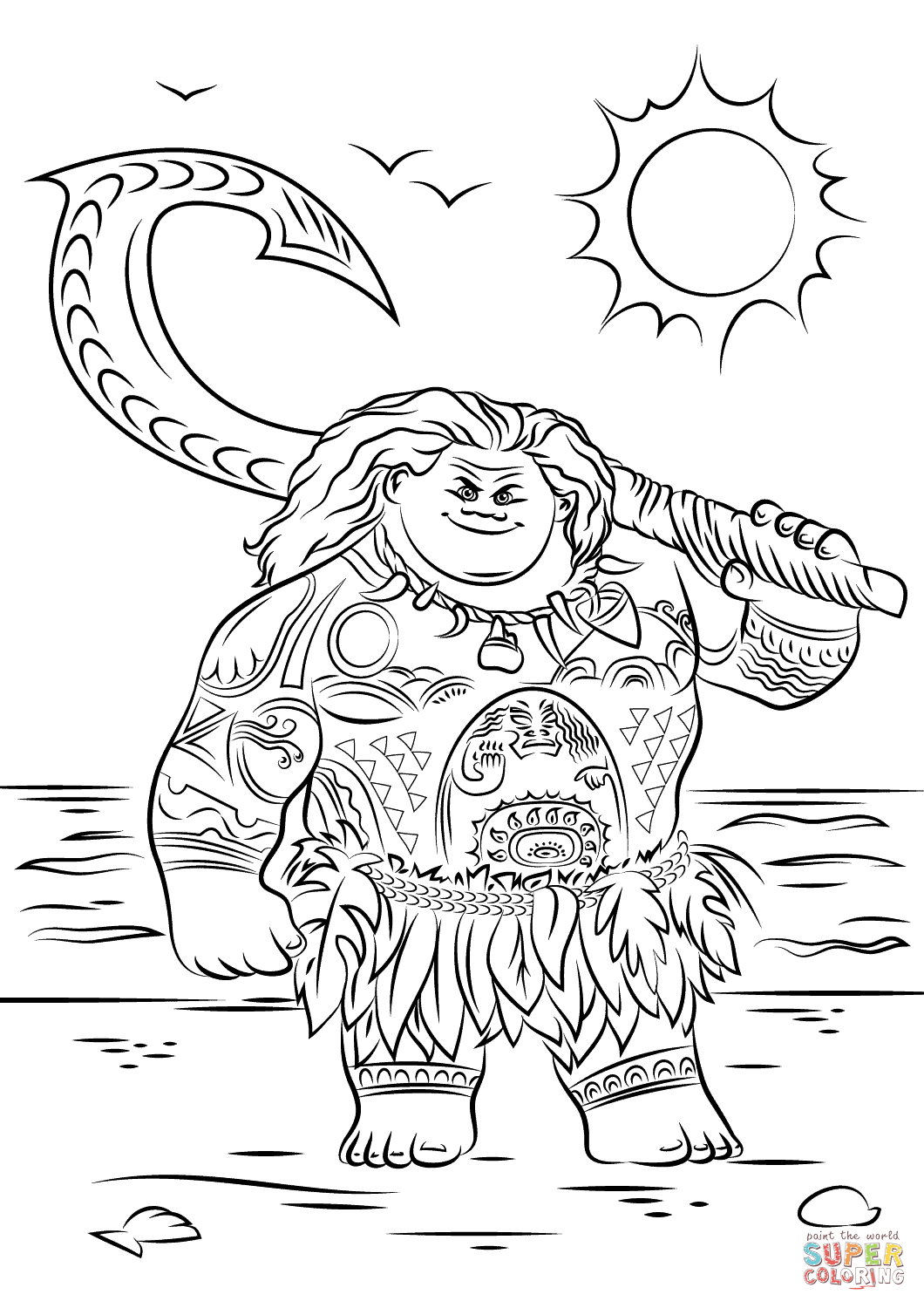 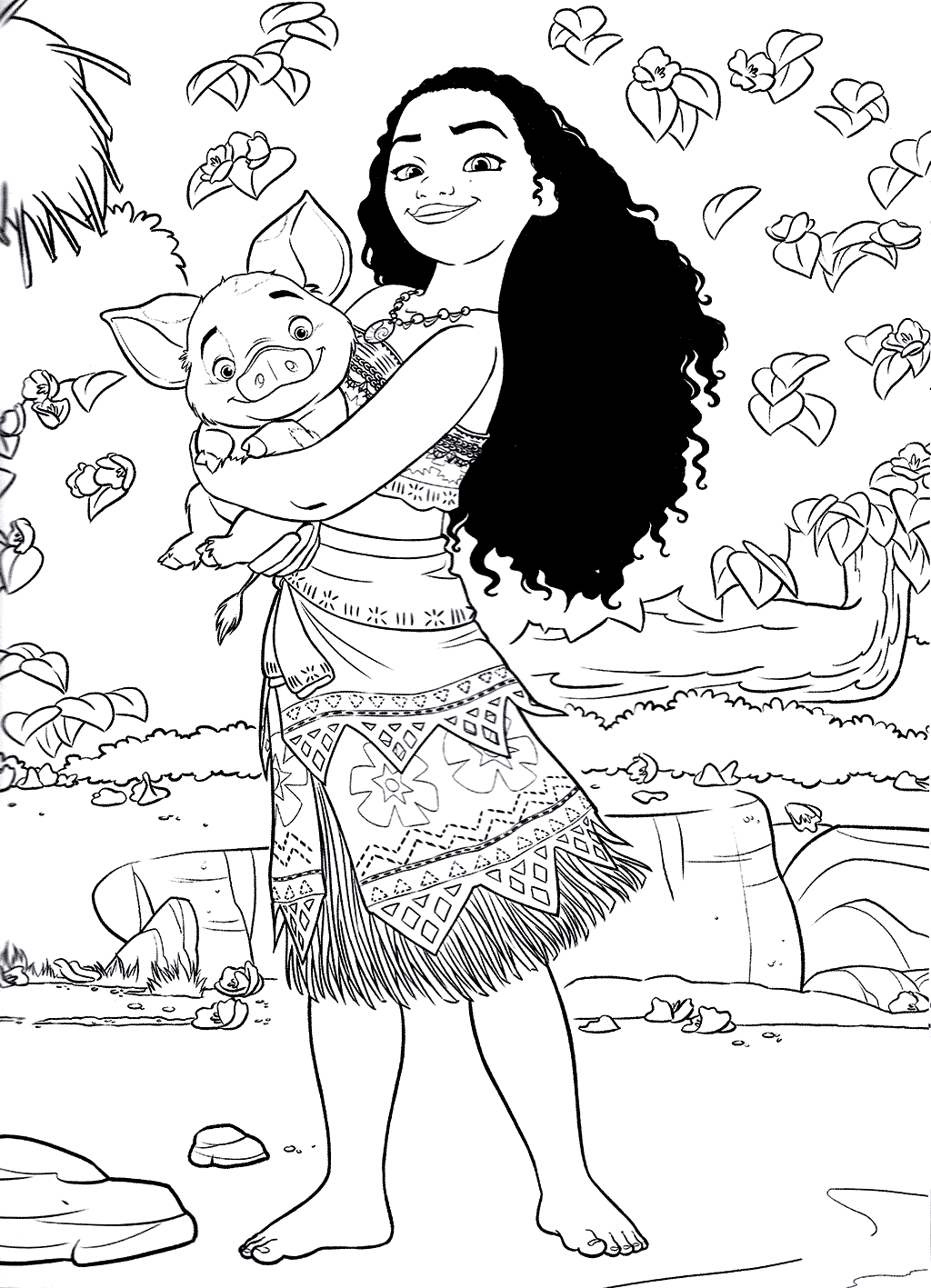 So our games we were inspired by the movie Moana and we came up with a lot of the games on our own the first was sort of like a egg hunts but instead it was a shell hunt and we included this little tiny Maui that Molly earned at school.

So the girls were supposed to find Maui and all the shells whoever found Maui got a prize and whoever found the most shells got a prize which were these little suckers these dumb dumb suckers that I got at the Dollar Tree that Molly and I cut pieces of paper into flower shapes and put the dum-dums in the middle like a little flower. 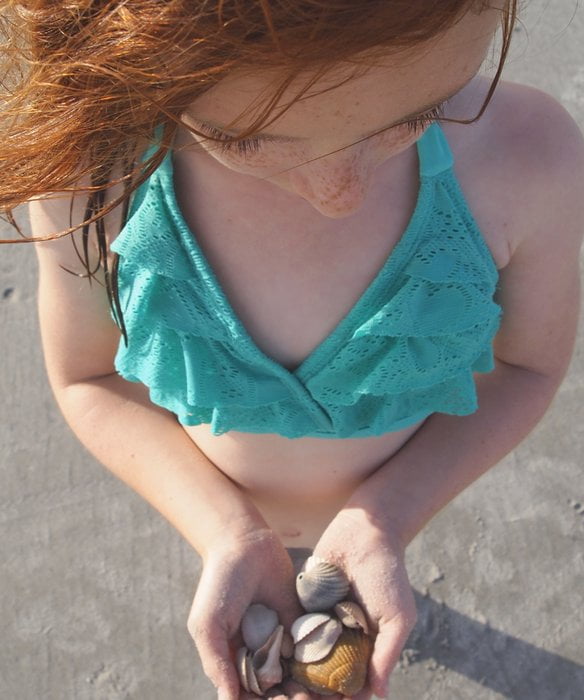 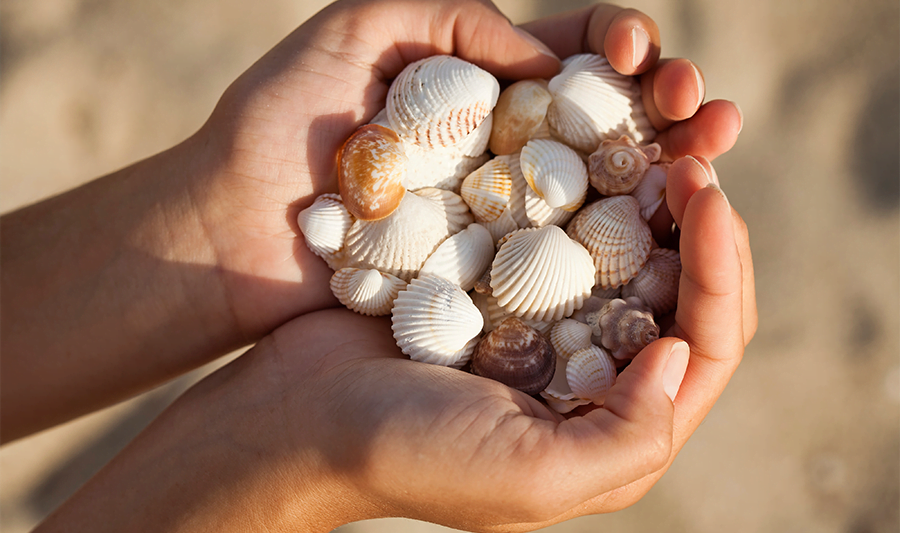 The next game we played sort of followed the sequence of the movie, so first they found Maui, then they had to get Maui’s hook and we did this game called shiny, where the girls all had to take these supplies and in less than 10 minutes get her dress in a shiny costume so that they could distract the big giant crab and get Maui’s hook.

I used materials that I had in my crafts bin already in my gift wrap bin I also had some fabric we picked up at a yard sale and I picked up a couple things of duct tape at the Dollar Tree as well as this shiny paper and the girls just went to town it was really fun the next game we played we called the shapeshifter game because Maui when he has a hook has to me learn how to change shapes and so I had music playing and I would hit the pause button and then call out an animal and they were either the hawk the bug or Maui if they were just themselves if I called out the lizard or the shark head they had to do it with a buddy and create that animal they had to be with three people and creates fun and if I called out whale, they all had to get together and make the whale.

The last gaming played was just a spoon race Molly had made this really cute little heart of two fini bead and on her own with her own craft supplies and I thought oh this would be fun we could do like a little spoon race.

So we put the hardest to feed in a spoon and raced around the tree and back. 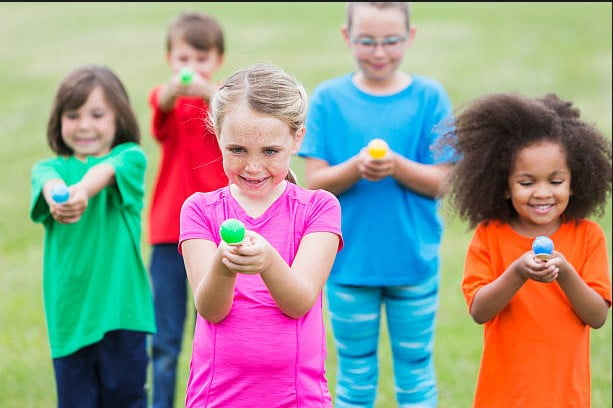 We also made a pinata and this was quite the task because we made it completely from scratch we cut newspaper and made a flower paste and did the whole traditional paper mache on the balloon. I hadn’t done this in Spanish class in high school, so it was gratifying to make that with Molly and then we just covered it with tissue paper that I got at the Dollar Tree and we used a paper towel tube for the neck and just a ball of newspaper with tape around it for the head and we cut everything out of paper for his eyes and his beak and his little feet and for his little thing on his head.

I just twisted some tissue paper and glued it sort of in the curl shape that you see on the top of his head and that little like anyboby thing I did the same thing to twist into tissue paper strips and for his tail feathers as well and I just put two bags of kind of tropical flavored candies that I found at the Dollar Tree inside, so the pinata cost me a total of three dollars! 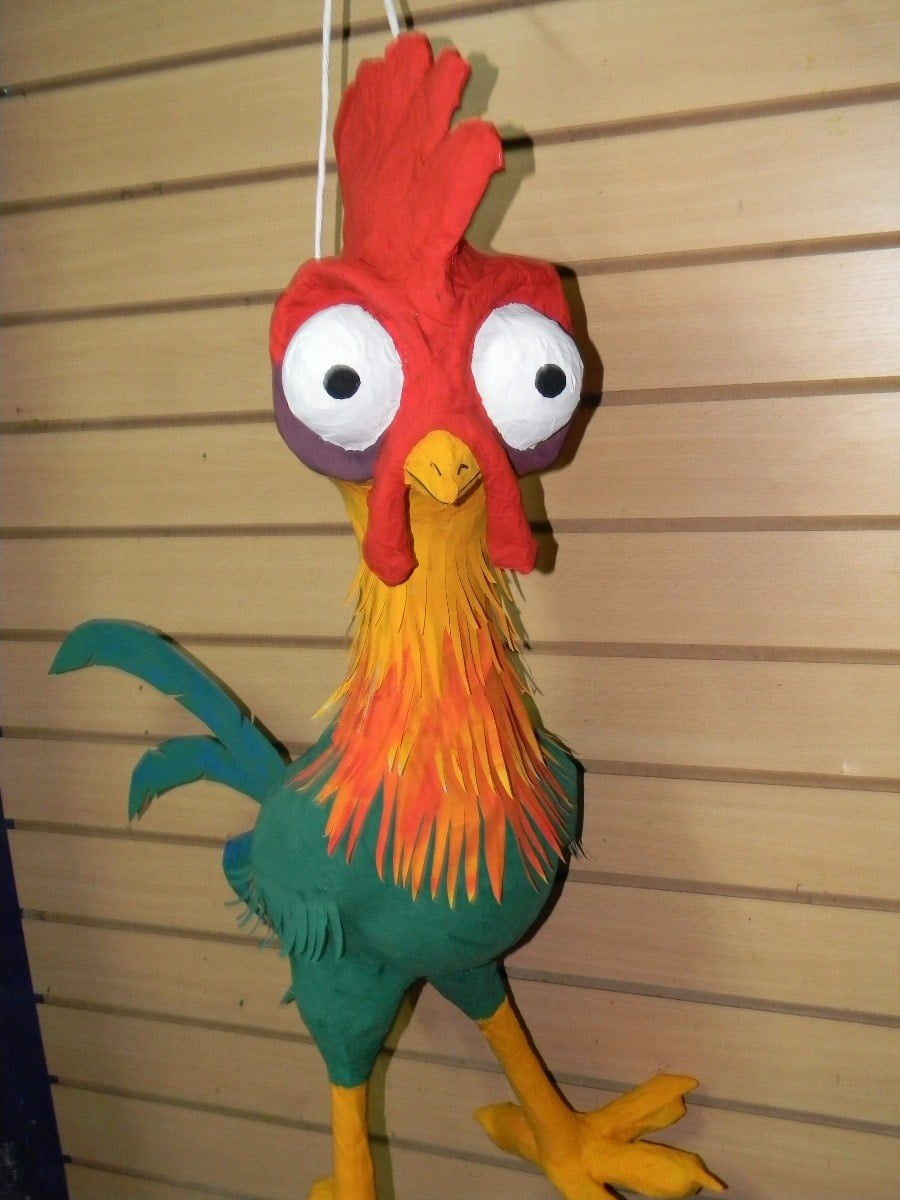 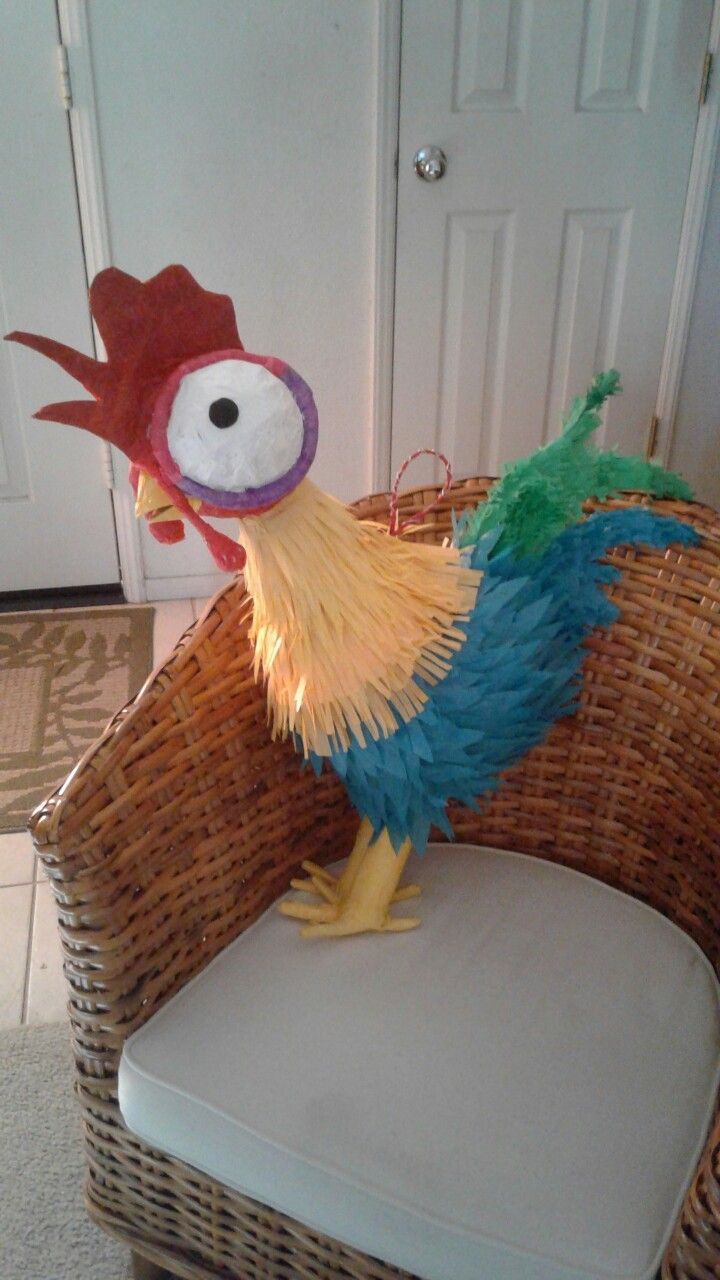 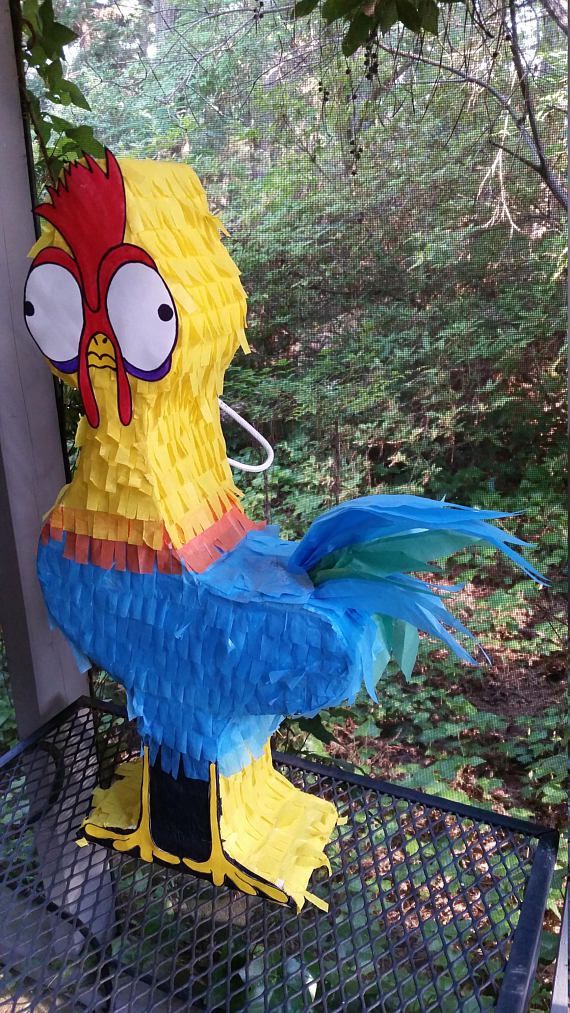 So let’s talk food I always feel like food is probably the most expensive thing at a birthday party so we went ahead and scheduled the party to be in the afternoon from 2:00 to 4:00 just so that I wasn’t having to do a whole dinner or a whole lunch just some snacks and treats.

So we did cupcakes and I did buy a box mix and frosting so, that came to about five dollars for the cupcake, so we just di wide the little sails with some cardstock a red marker and some toothpicks and those were a fun idea that Molly saw on Pinterest and wanted to do so we did that. 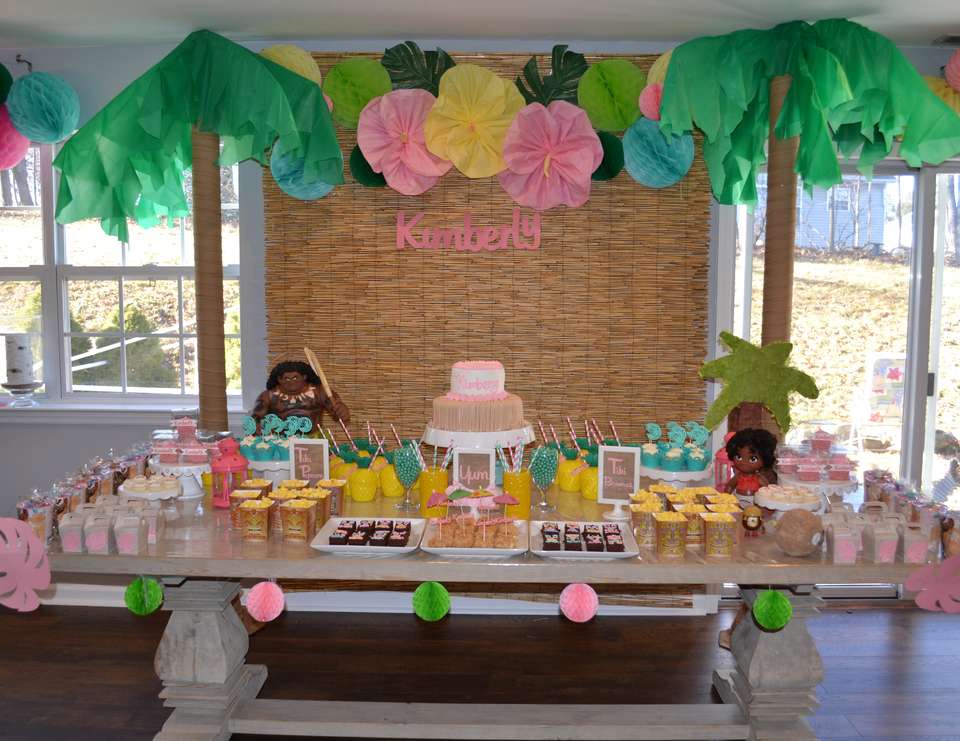 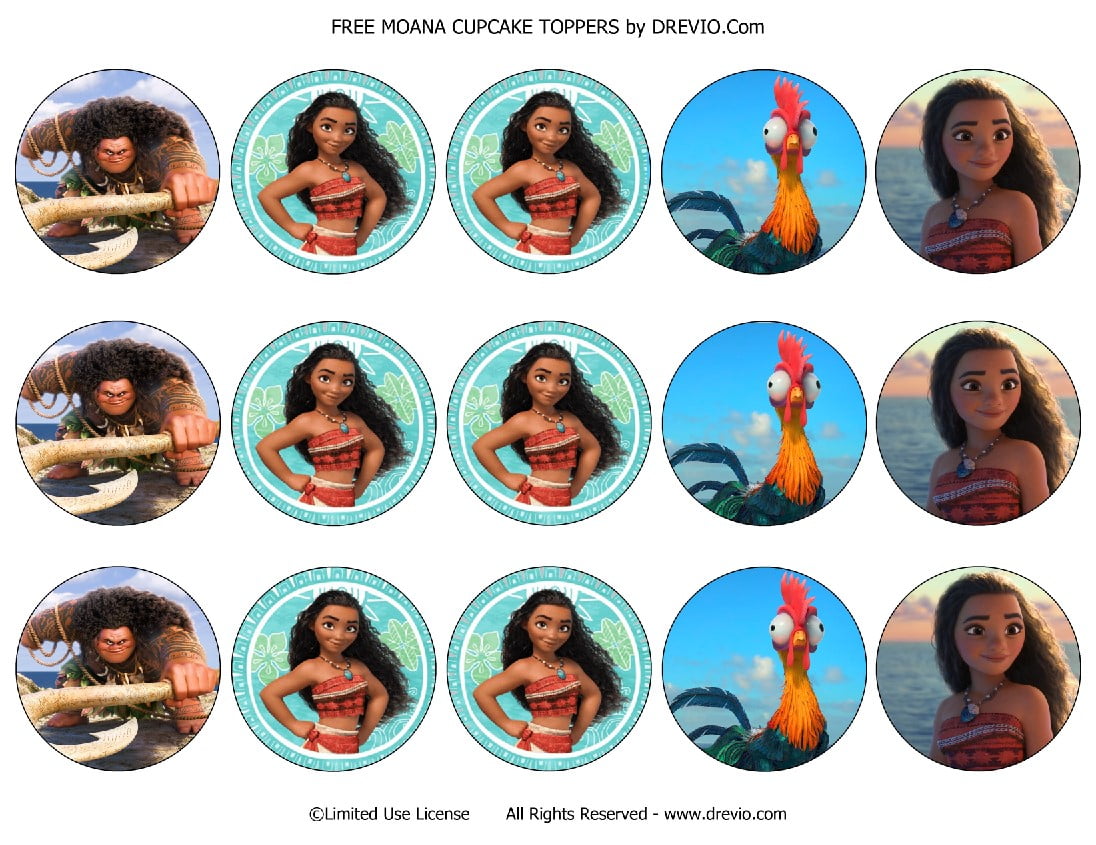 For the cookies we made some heart of tooth BB cookies spot a little tube of green gel from Walmart one of the cookies ended up breaking which was kind of a bummer I also just got bags of goldfish crackers and got some swedish fish cooked candy and also cut up some more tropical type fruits like pineapple and watermelon.

I made sure to have some water bottles because it’s a hot summer day here and as some juice as well for the girls. This is a funny story but these plates that you see here, actually from my wedding almost 7 years ago my mom actually had several of these left because I was the first one in my family to get married, so we kind of overbought when it came to the plates and cups and napkins so she actually still had some plates left over, that I was able to use for this party ,should not have to buy any plates which was great!

You can download free Moana Water Bottle Labels for free below :

So that’s kind of funny the decor for this party is probably my absolute favorite that I’ve ever done for a party for my kiddos I was really blessed because my sister had thrown a baby shower recently and had made these giant flowers and I was like, I want to do that for Molly’s birthday party!

That’d be so great for the whole like Hawaiian kind of luau look, so she let me borrow some of this paper and this paper is awesome because it has give to it it’s really great for making.

So flowers because you can kind of pull on it and make it sort of curl and have that more realistic look to it and I cut the leaves out of 12 by 12 sheets of card stock that I purchased at Hobby Lobby 50% off so they were about 50 cents a piece all the other paper supplies.

I either had on hand or was given to me by my sister! 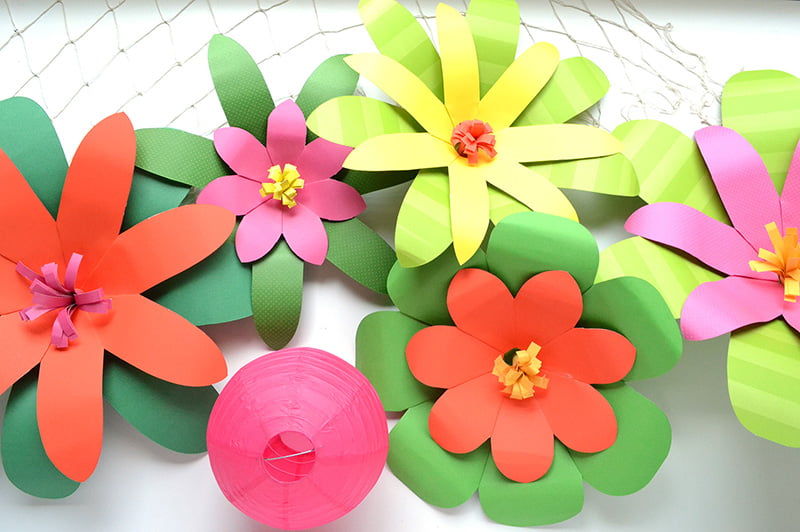 Now to make the flowers I just cut out a misshapen heart that makes it look more like a realistic puddle by making one side of the heart a little bit smaller than the other, and then I flipped over my circle and just glued the layers of petals to the back. Once they were glued, I just was able to pull on that paper and give it a little stretch I made this little leaf banner out of that same card stock and I attached it with hot glue to some green twine from the dollar store for our centerpieces.

I used my milk glass and filled them with these pink and white bright colored orchid flowers that I bought at the Dollar Tree. I bought 5 bunches and that was the perfect amount for spreading out these flowers throughout the decor and the other piece that I loved around the table was. This will be fun table skirt that I found at the Dollar Tree it was only a dollar!

It didn’t quite fit all the way around my table the back the whole front part, there wasn’t covered but the rest of it was and so we went with it I attached it just using that poster tack that’s also from the Dollar Tree.

so last but not least we wanted to send our guests home with a little goodie bag I tried not to go too crazy with it, so we put in a little shiny slinky and everyone loved those a little notebook and it was really fun because the notebooks that I found from the Dollar Tree were sort of Hawaiian looking!

They had tropical prints on them I put in some glow bracelets that I actually got on clearance at Walmart after the fourth of July so those were only about 20 cents for a pack and we also put in one of the suckers with the flower on it that we purchased at the Dollar Tree all together this party came to a grand total of 70 dollars! and it was so much fun mommy had a great time with all her little friends and she was really brought blessed

I hope you enjoyed my DIY Moana birthday party for my little Molly.

We love the autumn vibes which influences thousands of awe-inspiring darling bouquet. The mixture of classic daisies, purple periwinkle, and... 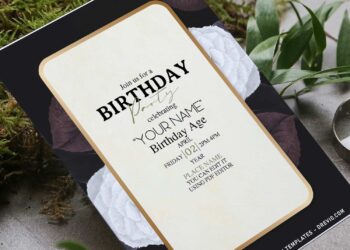 A moody-toned bouquet doesn't always have to mean plenty of dark colored blooms. This bouquet was made up of luscious,... 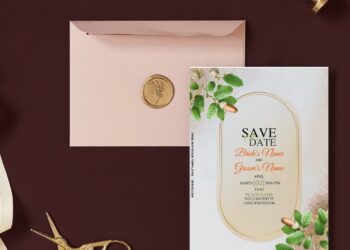