Noah’s Ark is a fantastic choice for any birthday, but it’s especially appropriate for second birthdays, twins, and sibling birthdays.

We’ve compiled a list of some of our favorite Noah’s Ark theme ideas for invitations, décor, one-of-a-kind party games, and more. With these mix and match birthday ideas, you can have the finest party ever.

Choose from these ideas for decorating your Noah’s Ark birthday party.

Decorate the mailbox with balloons and “Animal Crossing” signs in yellow and black. Arrange hay along the walkway and sidewalk. Outside in the front yard, place a few hay bales. On the sidewalk or walkway to the house, draw or stencil sets of different animal prints.

With brown tablecloths and yellow balloons, make the party tables look like an ark. Use a blue tablecloth and rainbow helium balloons to dress up the celebration table.

Animal silhouettes should be cut out and hung from the ceiling or placed on the backs of party table chairs.

Make a huge rainbow out of balloons or paint one on butcher paper to display in the party area. Place hay bales around your party table if it will be outside so the kids may sit on them. Don’t forget to ​​Use pinatas in animal shapes as decorations.

Make and bake a cake from a boxed cake mix according to the package directions (in a round cake pan). After the cake has cooled, split it in half and frost one half.

Then, on the cake board, arrange one layer on top of the other. You’ll now have two half of a cake on top of each other, with icing holding them together.

Trim the rounded edge to provide a flat platform for the “boat” to stand on. Gently tip the cake so that the trimmed edge is on the cake board, and then spread the chocolate frosting evenly over the entire cake.

Next, split a pound cake in half and trim the top with only one half to produce a roof-like look. Frost the “hut” and place it on the ark.

Finally, distribute animals in pairs around the ark (could be animal shaped cookies, animal crackers, or just clean plastic animals). Remember to pair the animals!!

If there will be young children attending the party, it is important that they have a variety of activities to participate in as soon as they arrive.

To get everyone in the mood for animals, a fun Noah’s Ark first birthday party idea is to build animal masks out of paper plates. Provide them with large white paper plates, glue or tape, scissors, felt pieces, buttons, sequins, markers or crayons, and so on.

If you like, you may cut eyes and a hole for the nose in all of the plates ahead of time, attach a thread to both ends so kids can place them on their faces, and then let them decorate.

Here’s a fantastic Noah’s Ark first birthday party idea. Make animal forms out of common kitchen cleaning sponges. You may accomplish this by tracing animal designs on the sponge before cutting them out.

For younger children, parents should already have them cut out and just let the children stamp them into washable paint to create images, or they can take the sponges home as a treat and fun bath toy.

Copy and print sets of animal photographs in advance of the birthday party. Ensure that each animal has just two copies. Cut them out and fold them so that no one can see the image, then store them in a jar or container.

When guests arrive, they must take a snapshot from the container and imitate the animal’s noises. They can only use the sound of the animal to discover their mate. They can quit creating the sound after they’ve found a mate.

This Noah’s Ark first birthday party theme is ideal for an animal-obsessed child. Take a look at these Noah’s ark supplies to compare and find the best bargain before gathering the animals and getting ready for the deluge of praises and presents.

Punch two holes at the top of a brown paper bag, insert raffia, and tie a bow. Underneath the raffia bow, add a sprig of foliage.

Make a charming Noah’s Ark invitation by putting “The animals arrived in twos…” on the front of the card and then gluing a photo of the birthday child on the inside and adding “but there’s only one of me!”

Fill up the blanks with all of the party details, etc. You may add animal sticker pairings to the front of the card.

To make it easier, you can download these free printables down below: 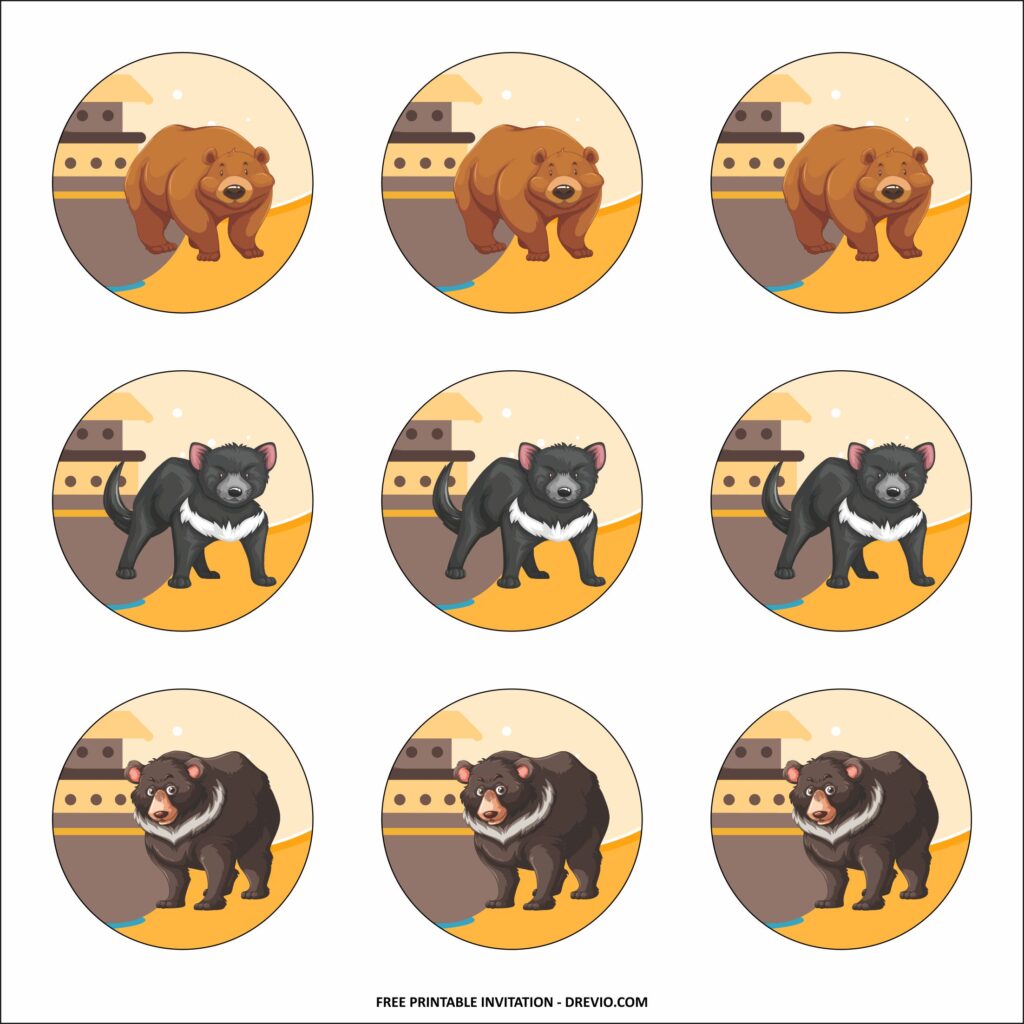 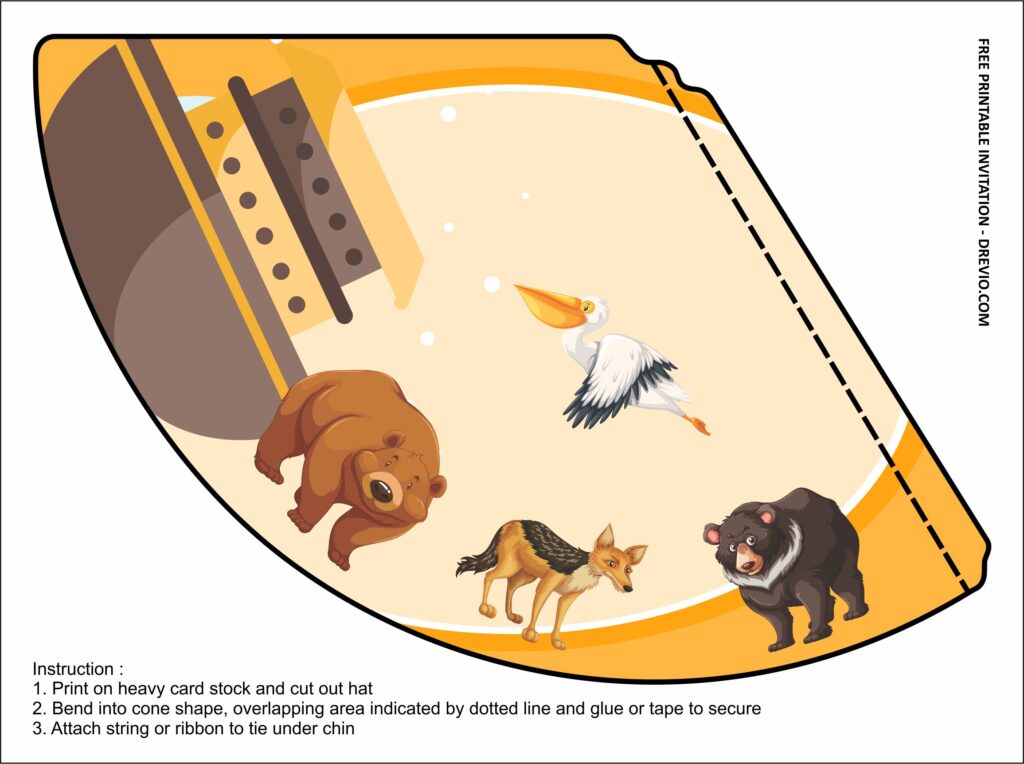 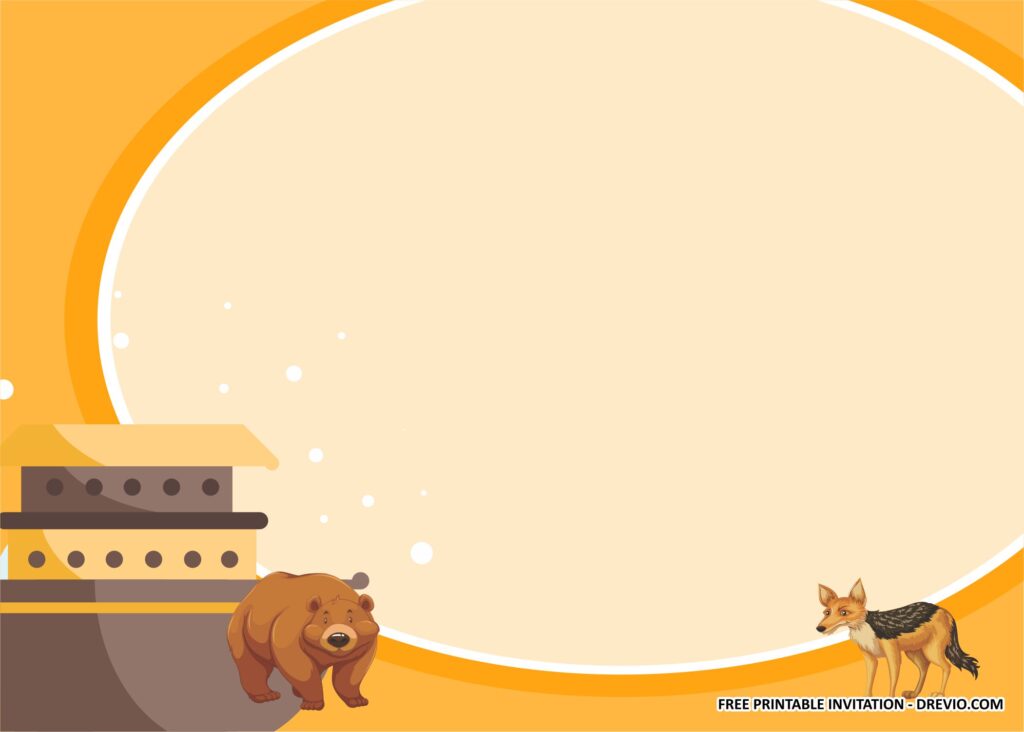 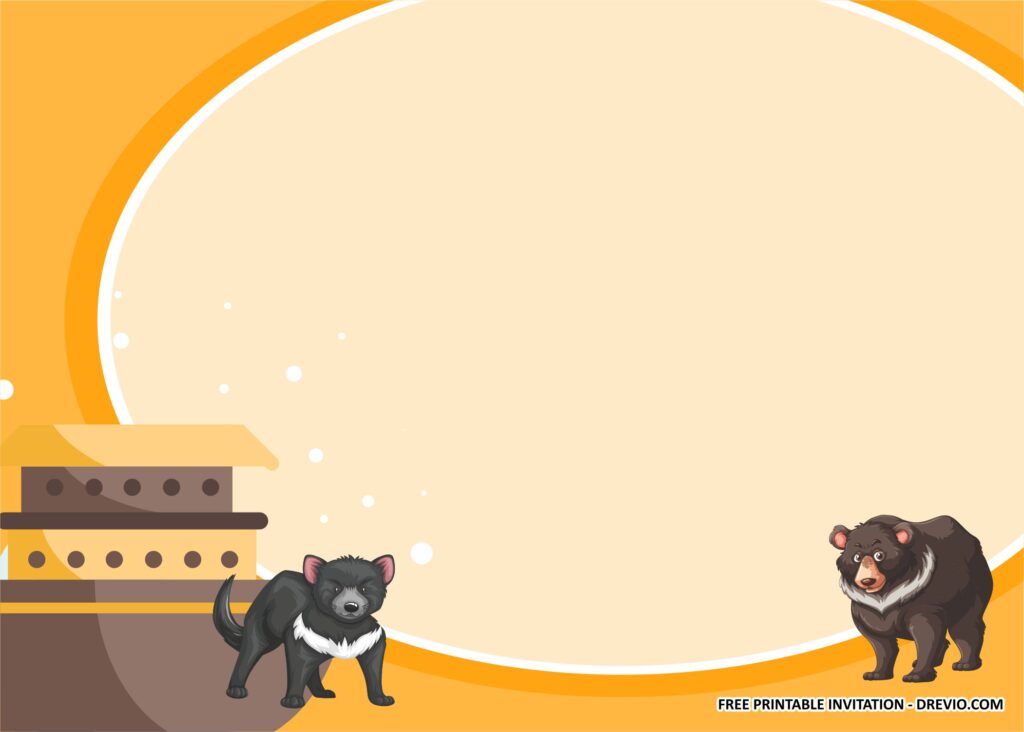 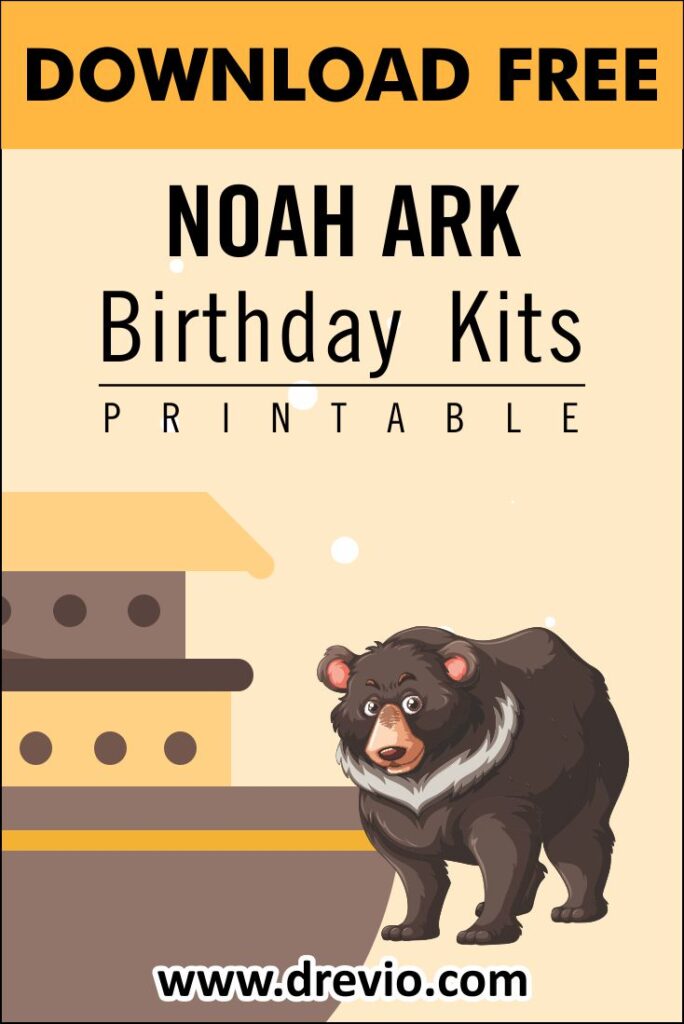 Write all of the necessary information on the trunk, then fold it accordion style and fold the ears up as well. Make certain letters appear like they were written by a tiny child by flipping them.

A unique Noah’s Ark first birthday party idea is to invite each visitor to bring a plush animal to join Noah’s Ark.