The Lion King’s fans are like family, linked together like lions by their shared love of all things Lion King. Your little one would have a wonderful time roaring at a Lion King themed birthday party!

It’s tough not to fall in love with all of the characters and music in this classic Disney film. It’s no surprise that the film’s popularity spawned a series that included a Broadway musical. And the film adaptation has spawned a new generation of admirers.

If your kids can’t stop singing “Hakuna Matata,” it’s time to throw a royal birthday party for your favorite little animals! For the birthday cub in your life, have a Lion King party. Here are some Lion King-themed invites, décor, food, favors, and activities for you to consider.

The decorations are the main focus, aside from the birthday boy or girl. With a delightful backdrop of vines and palm palms, start with a lion piata and create a party fit for the King of the Jungle.

With some strong painter’s tape and a Jungle Trees Backdrop bundle, transforming your party venue couldn’t be easier.

Tape the background to a wall or even a fence once it has been unfolded. To make the backdrop more lively, add a few palm palms, grasses, and hanging vines.

Cut green plastic table cloths into strips to create hanging vines. Cut using the folds as a guide. Then, all the way down your strip, cut slits at an angle, leaving about 2″–3″ between each cut.

Repeat on the other side of the strip, staggering the cuts so that they alternate from one side to the other. You’ll have immediate hanging vines when you’re done!

They can also be made to appear like seaweed, which is perfect for an under the sea party.

Make sure the vines are taped to the backdrop and that some of them dangle down. Tissue paper flowers and cutout representations of birds, butterflies, frogs, snakes, and maybe a monkey might be used to give color to the palm tree.

Decorate the table with Lion-themed party supplies. Plates, cups, napkins, and tablecloths from the Lion King will assist to maintain a consistent color motif in the décor. Some decorations can be used as favors once the party is over.

Place plates and snack cups on the table, and let your lion cubs feed all night. It’s also simple to clean up. Leftover treats can be wrapped and sent home with guests in their favor boxes.

Also, you can make your party table the jungle’s king!

Your room will stand out with a Happy Birthday banner depicting Bunga, Fuli, and the rest of the Lion Guard!

Everyone appreciates decorations that create a huge impression! When your young lion or lioness sees their name and image next to Kion, they will be overjoyed.

Then, to make a balloon garland, arrange jungle animal print balloons in a design. Cut table tablecloths into 4-inch strips, then clip the edges with scissors to produce adorable DIY vines.

When they see how you’ve decorated the party table with a Lion Guard table cover, blowouts, themed dishes, and balloons, your tiny cubs will roar with delight!

They’ll be ready to dig their teeth into cupcakes after they’ve settled into their savannah.

When the kids pose with large photo frames and goofy Lion Guard masks, they’ll giggle like hyenas! To complete the look, hang a Lion Guard scene setter and a couple balloon bouquets. Make sure each cub’s family gets a copy of the photos!

The Lion Guard must be assembled! To get to the goodies inside this adorable pull-string piñata, they’ll have to work together.

The children take turns tugging ribbons to see who is the first to release the treats! Pull-string pinatas are one of our favorites since they can be used indoors, regardless of the weather.

This crazy variation of pin-the-tail is everyone’s favorite Lion Guard party game. The kids take turns blindfolding themselves and attempting to place the Mark of the Guard on Kion’s shoulder.

The vibrant poster is also a fantastic decoration! Don’t forget to give the recipient an award ribbon!

Use animal face masks to play “Who Am I?” Each player takes a turn attempting to determine which of the following masks has been placed on their faces: Lion, Chimp, Elephant, Gorilla, Giraffe, or Tiger.

Place a blindfold over their eyes and then the mask to make sure they don’t know what mask they’re wearing. The kids can ask questions about their animal to the rest of the partygoers. The one who can figure it out in the fewest questions wins!

With these Lion King theme plates, napkins, and glasses, your young Simba or Nala is sure to be the center of attention at the party.

Tissue balls and streamers in bright colors, as well as knives and spoons, cupcake topper, hats, and water bottle labels can be provided as well.

The tiny cubs are likely to recognize the movie, so the more Lion King-related items you have on hand, the better.

Fill a reusable Lion Guard cup with a favor pack or your favorite treats. These are inexpensive, brightly colored, and feature Kion, Fuli, and the other Lion Guard members on the front!

For a little more bling, zip them up with a glossy cello bag and colorful ribbon.

Lions know how to have a good time, and these tiny lions are ready to have a roaring good time!

The party animals only want to have a good time, so send out a playful invitation featuring Simba to announce the specifics of your event. In the forest, whatever occurs stays in the jungle. 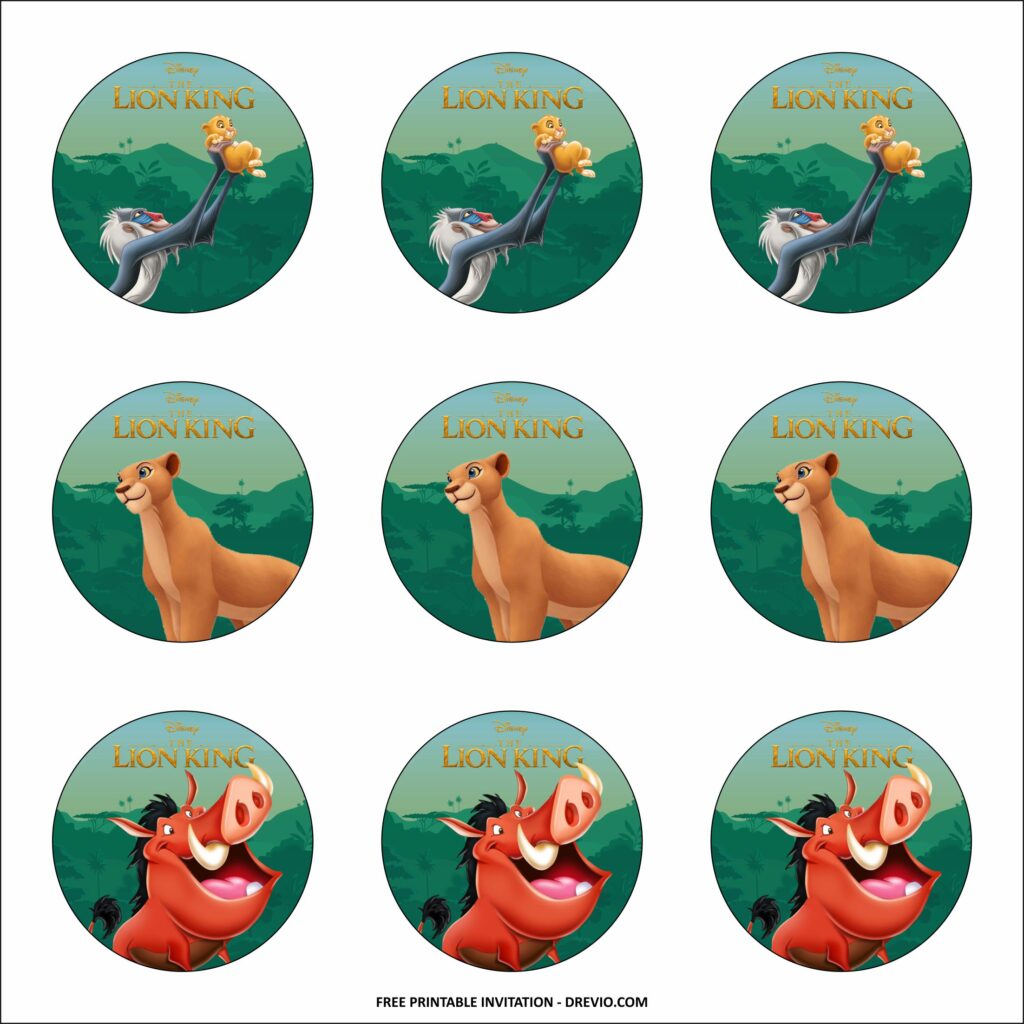 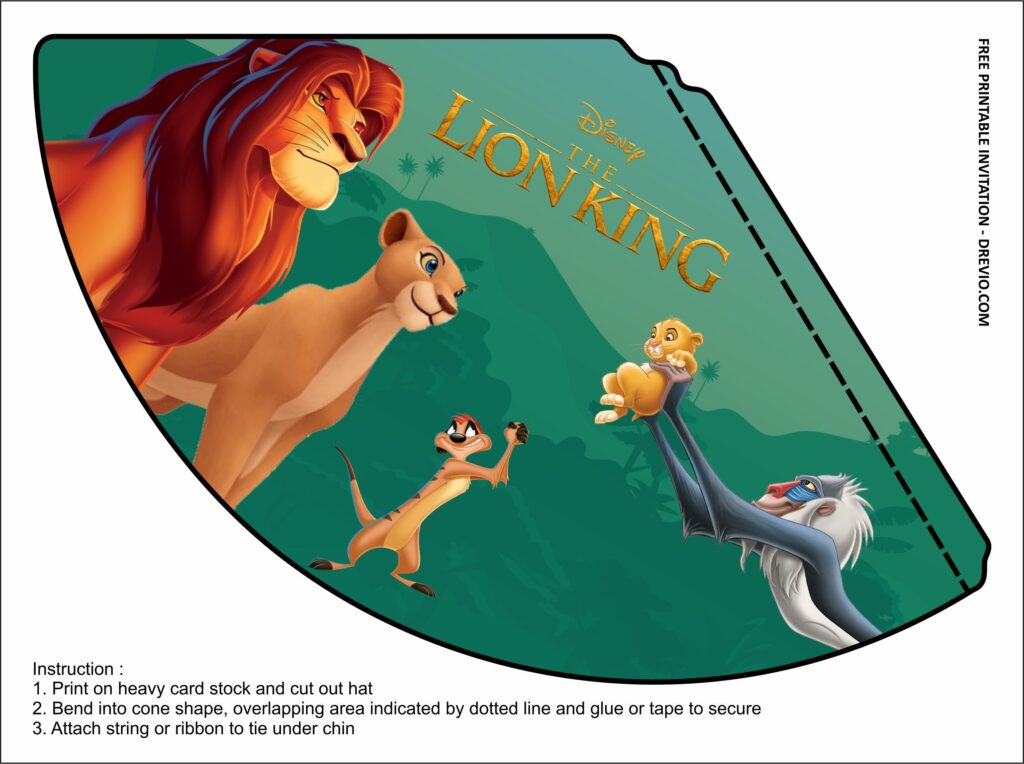 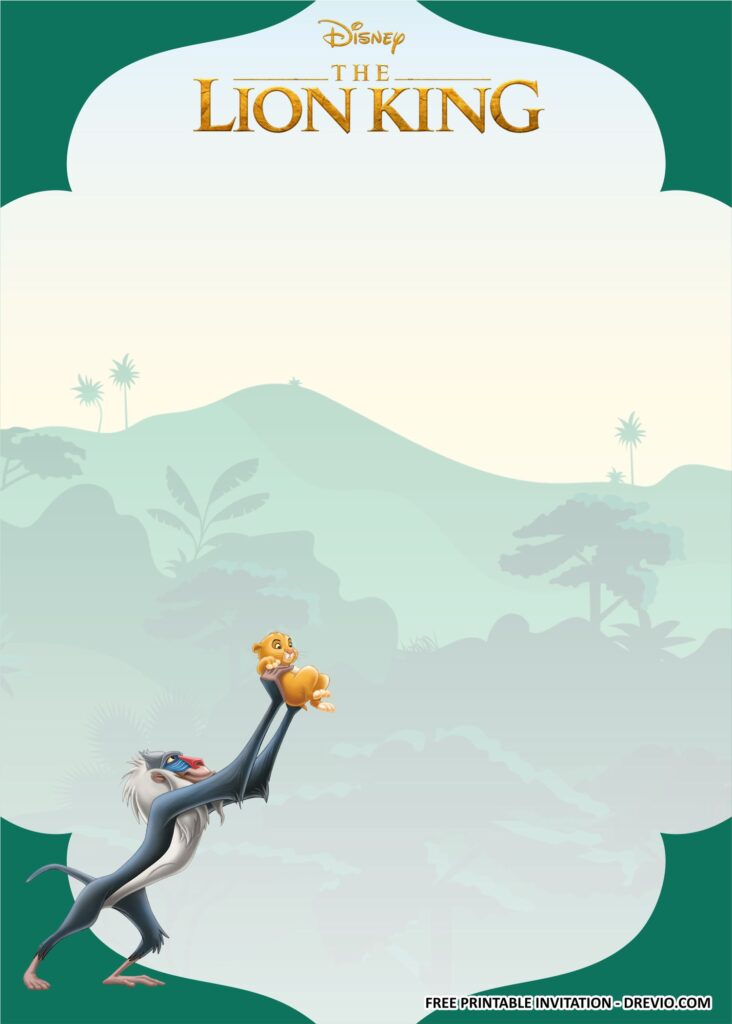 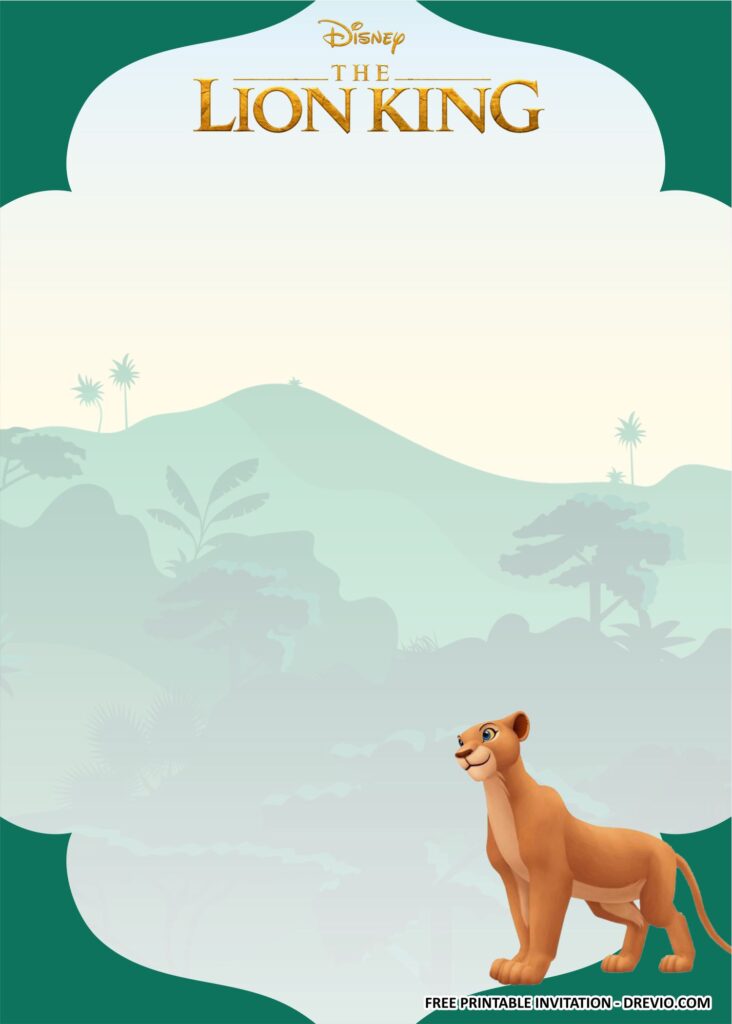 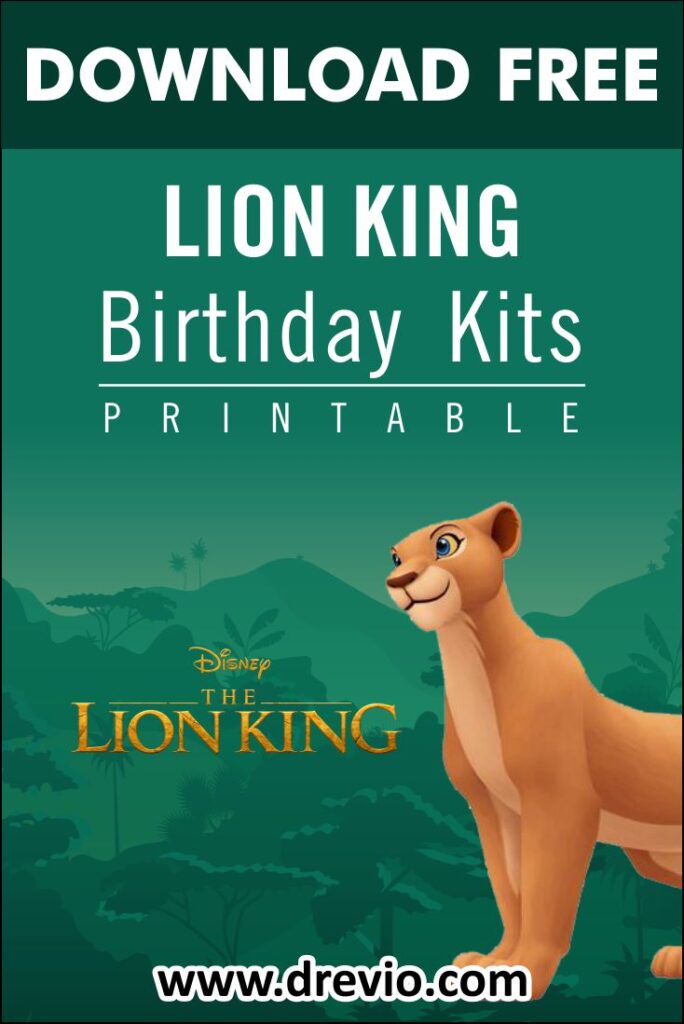 Dress your kids in a Simba or Nala costume and take a photo if you want to make a truly unique invitation. Using picture software, upload the photo to your computer to create an invitation.