Coolest Star Wars Themed Party Ideas – May the Force be With You!

If you have a small boy at home who wants to battle like Finn or Kylo Ren, the supplies will provide him with everything he needs for the ultimate Star Wars birthday party.

When he’s celebrating his birthday with Rey, General Organa, and so many other famous Star Wars characters thanks to the decorations you can get on this website, the Force will undoubtedly be with him. Don’t miss out on this chance to throw him the galaxy’s most popular party this year!

With the power of the Death Star, Star Wars parties are back in style, and we’ll walk you through every step to make sure yours is a smash hit — may the Force be with you!

It may appear that throwing a fantastic Star Wars birthday celebration is beyond Yoda’s abilities. You can, however, throw a fantastic party that will be the talk of the galaxy with our assistance.

From Star Wars decoration ideas to Jedi-level party activities, we’ve got everything you need to create a fantastic Star Wars birthday party.

Decorate with Star Wars party accessories to create the mood of a galaxy far, far away. With a themed tablecloth, plates and cups, table decor, and confetti, set the perfect table. Don’t forget the Stormtrooper balloons and the birthday banner!

With affordable and widely accessible lantern light shades, you may make some dramatic scene setters for your Star Wars party decoration. Make powerful Tie Fighters or a witty BB-8.

If you want to make your own printed decorations, all you need is a Star Wars font to turn your templates into a Star Wars-worthy end product. Free Star Wars fonts are available to download.

If you’re in a hurry, like Anakin on the pod race start line, you can download some ready-made Star Wars party printables.

You might have products like water bottle labels and cupcake toppers that are a little out of the ordinary, yet appropriate for a Star Wars party.

Make a Death Star pinata for the birthday child to participate in before the celebration. Bring this out while other kids are too busy bopping them on the head with their lightsabers, and let them fight to the death in true Star Wars style.

Anyone who recalls making papier-mâché in elementary school would recall the dread of the balloon popping within. This Star Wars pinata is made out of a beach ball and keeps its shape perfectly – just like Yoda!

A Jedi Council-worthy cake is a must-have for any birthday celebration. However, there are some basic techniques that may be used to produce spectacular Star Wars cakes without requiring the use of the force.

This BB-8 cake is reasonably simple to make if you can make a circular cake and aren’t too awful at sculpting icing.

If you’re afraid that sculpting icing will make your Star Wars cake look as bad as Jabba the Hutt’s, use buttercream, a little piping, and some strategically placed sweets to make an outstanding Millennium Falcon.

Using ribbons, suspend white balloons from the ceiling. You can sketch a Stormtrooper face if you’re feeling really artistic. Then rub the children’s hair or tunics against the balloons to create static electricity.

Then stand back and watch the balloons deflate. The kids will be astonished and believe they are displaying the characteristics of a young Jedi.

It’s time to take on those wicked Stormtroopers if you’ve completed the above game. Fill the floor with extra white balloons, then give the kids two minutes to beat (pop) them all. If they succeed, they will be able to flee; if they fail, the Stormtroopers will have won the war!

Nerf Battles are a fun way to spend some time with your friends.

Your young heroes are likely to wish to battle the Empire’s villains. Provide them with tools for the job that are both safe and effective. Shoot cans and targets modeled after everyone from Darth Vader to Kylo Ren with Nerf weapons and foam bullets.

You threw a Star Wars party that was talked about across the galaxy. All that’s left is for your young guests to go off and fight their own fights. A black cellophane bag and a glowstick are all that’s needed to make Star Wars party bags.

Send out themed invitations to all of the Jedis. Create your own or use Drevio’s simple printables. 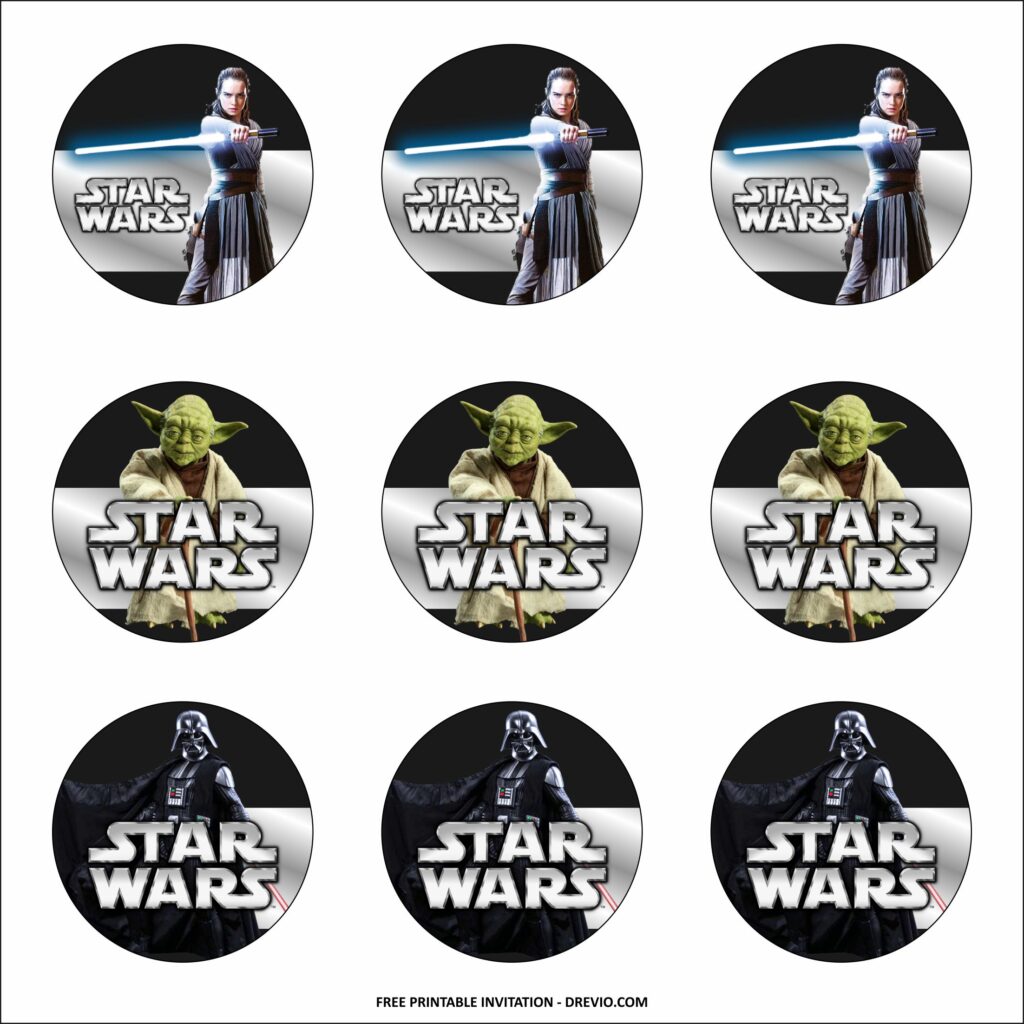 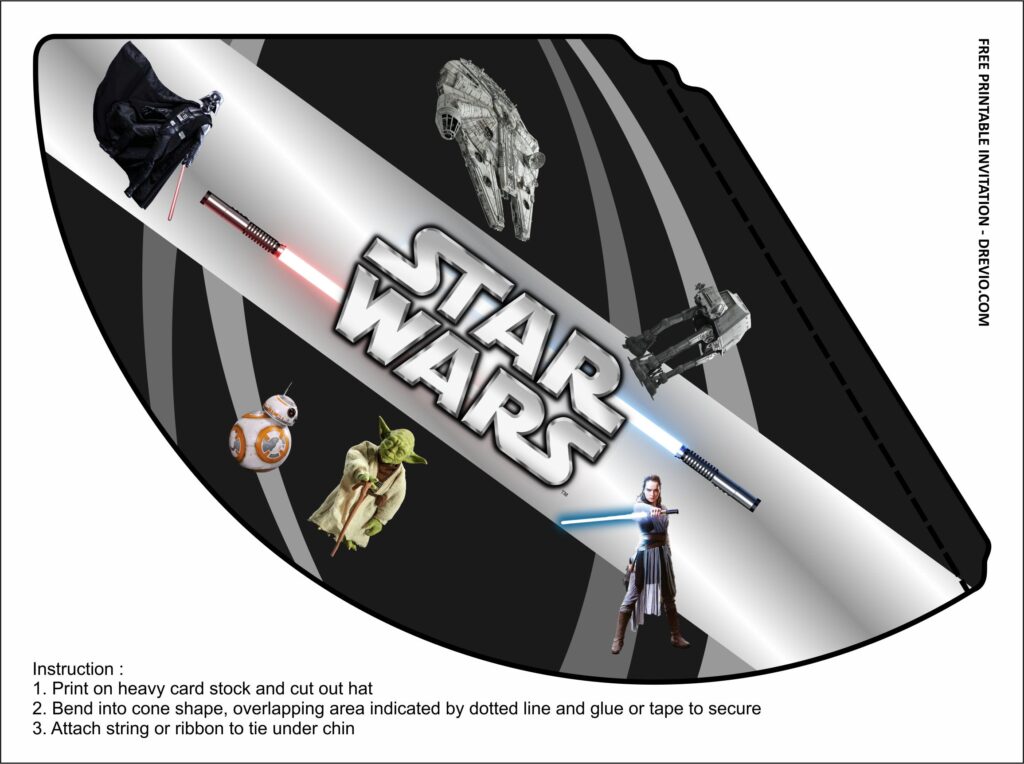 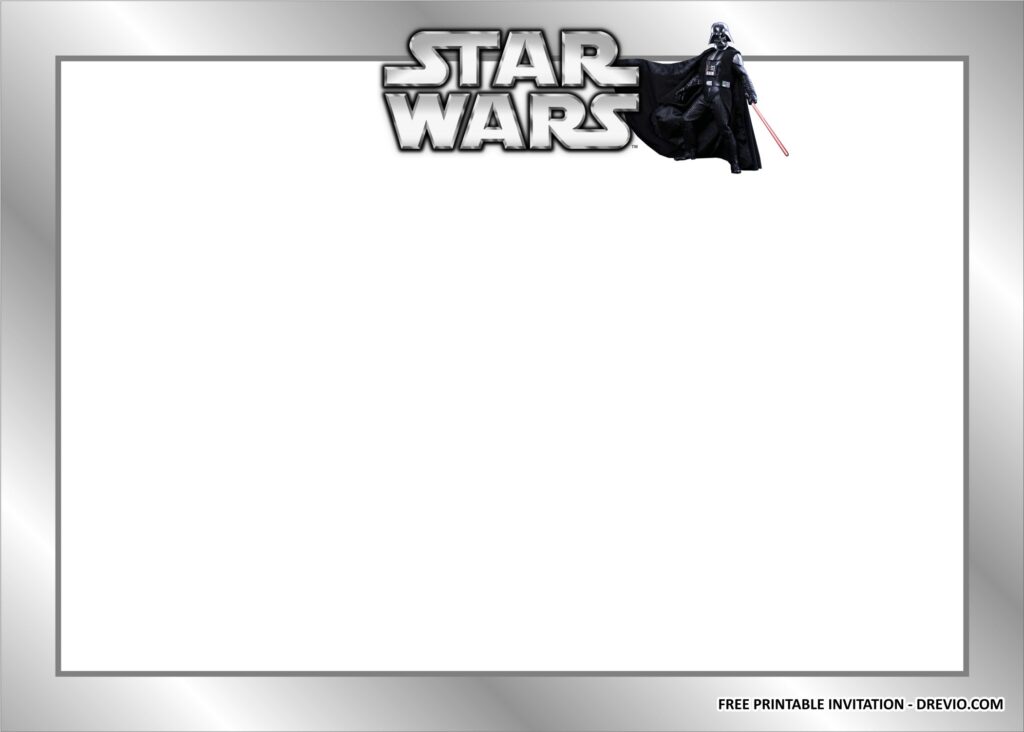 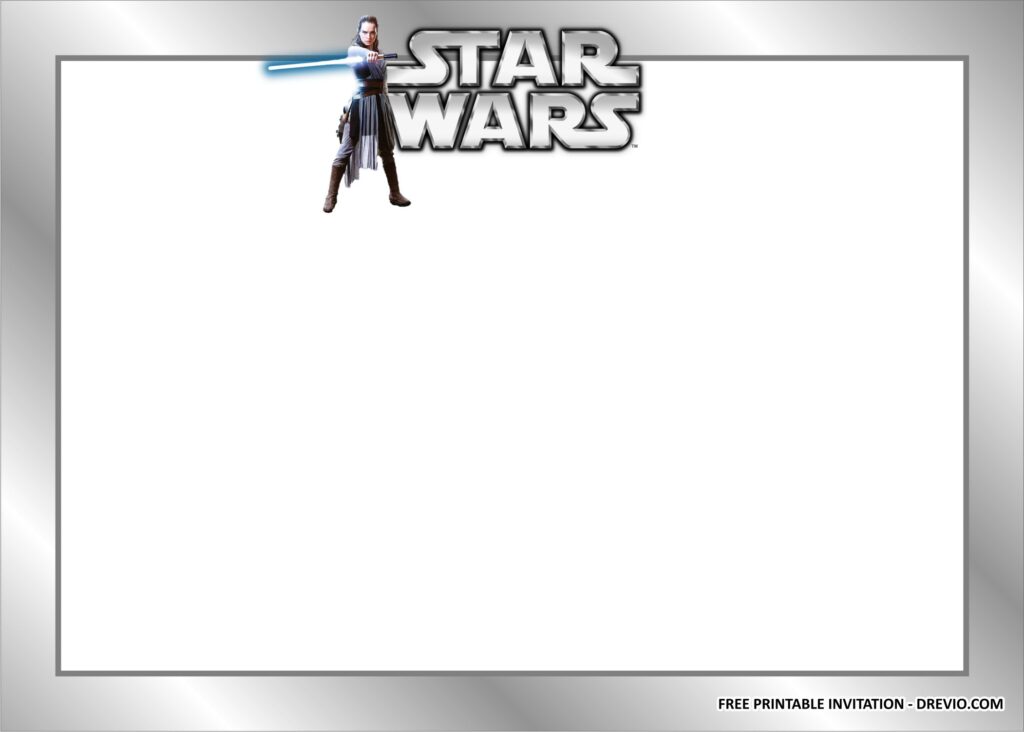 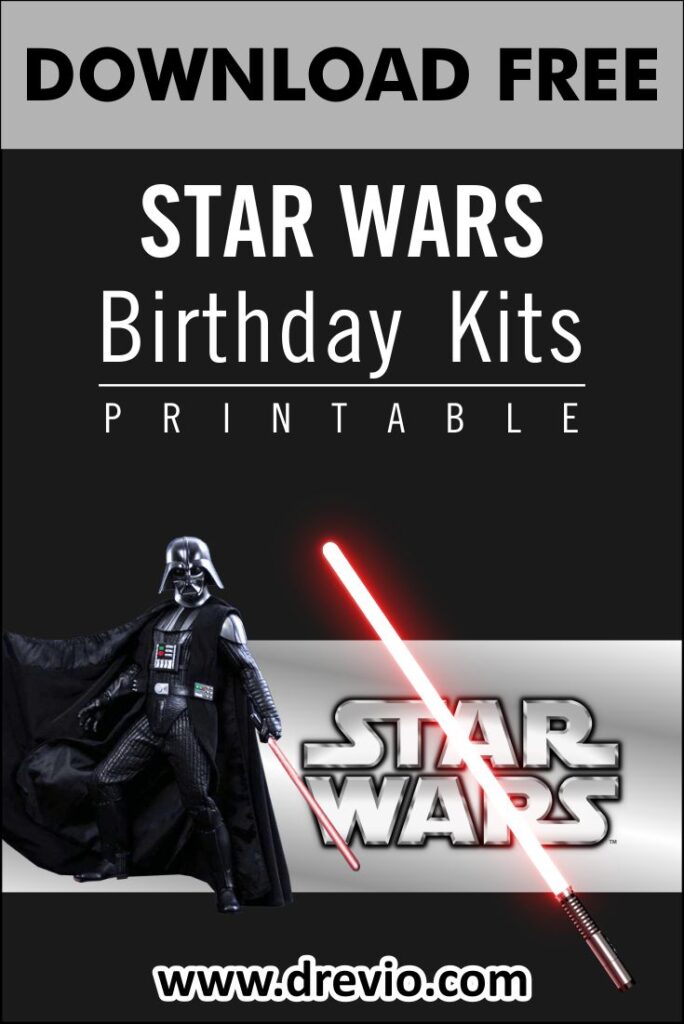 They can be customised with the party’s time and date, as well as the birthday child’s name. When you’re short on time, the printed set can simply be downloaded instantaneously.

When your child’s friends receive these cards designed with all of their favorite Star Wars characters, they’ll feel as if they’ve been recruited to protect the galaxy from the Sith!