We had a bright art party a few weeks ago to celebrate the birthdays of our little kids. When I asked my son what kind of party he wanted, he said, “one with every color of the rainbow!” I took his idea and ran with it, mixing rainbow and art-themed party ideas I found online. I enjoy doing crafts at our events, so I included a few DIY projects. The end result was a riot of color and excitement!

This colorful birthday party is full of color! Check out the bright elements from our art color party, such as the activities, decorations, rainbow meals, and party favors.

This year’s most inventive birthday parties for girls and boys have been culled from popular blogs. These high-spirited celebrations will make your child’s party spectacular, from colorful kid’s birthday cakes to unusual sweet delicacies.

It’s a lot of joy for me to organize these small gatherings. I try to involve the kids as much as possible as I homeschool for preschool. I incorporated the party theme into our weekly craft activities, and they even assisted me in the creation of some of the decorations.

They assisted me in selecting fruits and veggies for each hue of the rainbow for our homeschool preschool theme at the time. They helped me buy and mark things off by making entertaining shopping lists for the celebration cuisine. They had a great time assisting and preparing for the party!

Some of our party’s decoration ideas, as well as links to DIY craft projects and resources, are included below. I wish you a pleasant experience!

The food table was the focal point, as it was at most of our gatherings. Instead of trying to decorate the entire party, I find it better to concentrate my efforts on one aspect of it. It’s more practical in terms of both my time and the party budget I’ve set up.

I used one of my huge paper crayons that I had previously produced for our craft area for this food table, substituting the word celebrate for create.

Rainbow streamers were tied to the back of it and hung down behind the table, making a beautiful spectacle. To fill in the gaps between the streamer wall and the balloons, rainbow balloons were put on either side.

We scattered rainbow-themed goodies on our dinner table. We enjoyed a rainbow of fruits, vegetables, and other goodies! Strawberry, melon, pineapple, kiwi, blueberries, and purple grapes were used for our rainbow-themed fruit platter.

Games are a must-have for any party! We played a variety of fun party activities, like musical chairs, while listening to a playlist put up by my husband that included songs with color references. “Purple Rain,” “Brown Eyed Girl,” and “Yellow Submarine” are just a few of the songs that come to mind.

We also played the beach ball (similar to hot potato, but with a multicolored inflatable beach ball) and my Rainbow Bingo game. Fruit loops were utilized to decorate our boards because they were colorful and tasted good to kids.

We provided a large basket full of game prizes, including adult and child coloring books, as well as colorful candies, for the winners to chose from. There were also small empty gift bags available for the winner to choose from among the smaller paintings created by the children and scattered about the room.

The children created roughly 8 of these miniature canvases, which were presented beside balloons at the tables. When they won a game, all of the grandparents made furious dashes for them. We created them ahead of time, but they would have been a fun party activity as well!

Let’s brighten up your birthday party with a colorful birthday cake. “Simplicity has an obvious appeal,” as the saying goes. This cake is a great example of this.

A colorful cake is ideal for cake gift delivery and small birthday parties at home. It is simple but elegant, charming without being overbearing. The delightful vanilla whipped cream icing is filled and frosted on the delicious sponge. Colorful frosting swirls and lovely sprinkles adorn the top of the cake.

We’re confident that this adorable birthday cake will add a splash of color to your party.

Colored Pencil Twizzlers Treat Boxes, which I made as party favors, were one of my favorite DIY projects for our party. Each box was filled with rainbow Twizzlers, which were then placed in a basket for everyone to take as they exited.

To keep the Twizzlers from hardening, I filled the boxes shortly before the party, but if I did it again, I’d definitely put each box in a clear food bag wrapped with colorful ribbon. In the event that visitors do not consume the Twizzlers on the same day as the party, this will extend the time before they get hard.

The invitation is the first step in every party! I designed the invitation in Photoshop for my kids party. If you’d want to have these templates, I’ll give them to you for free! 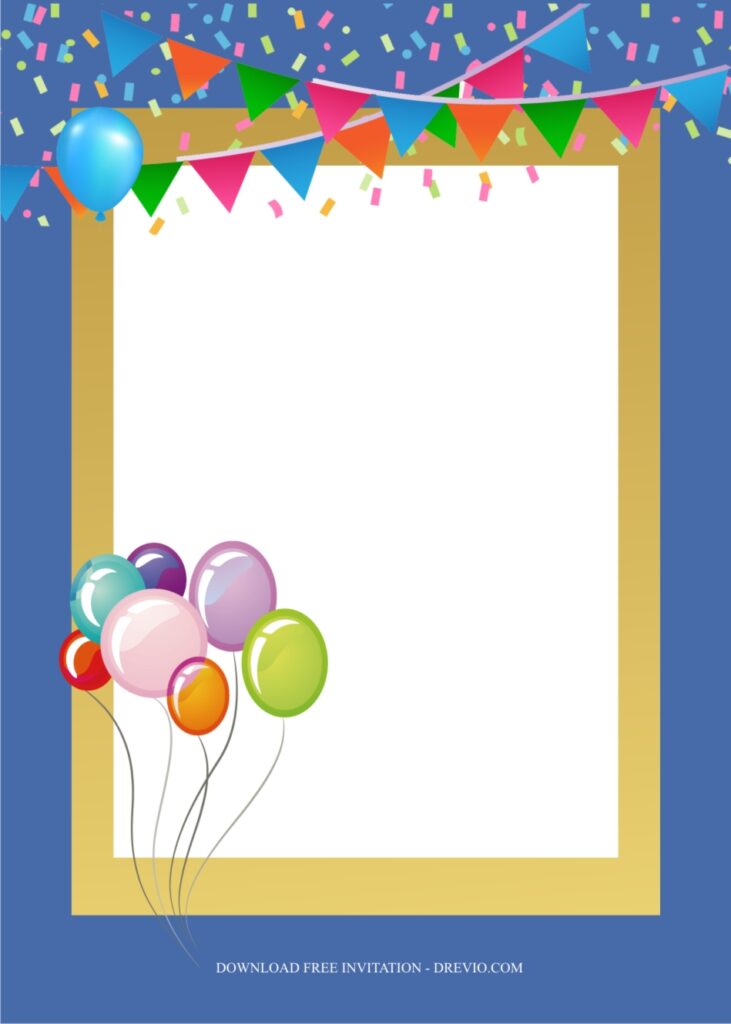 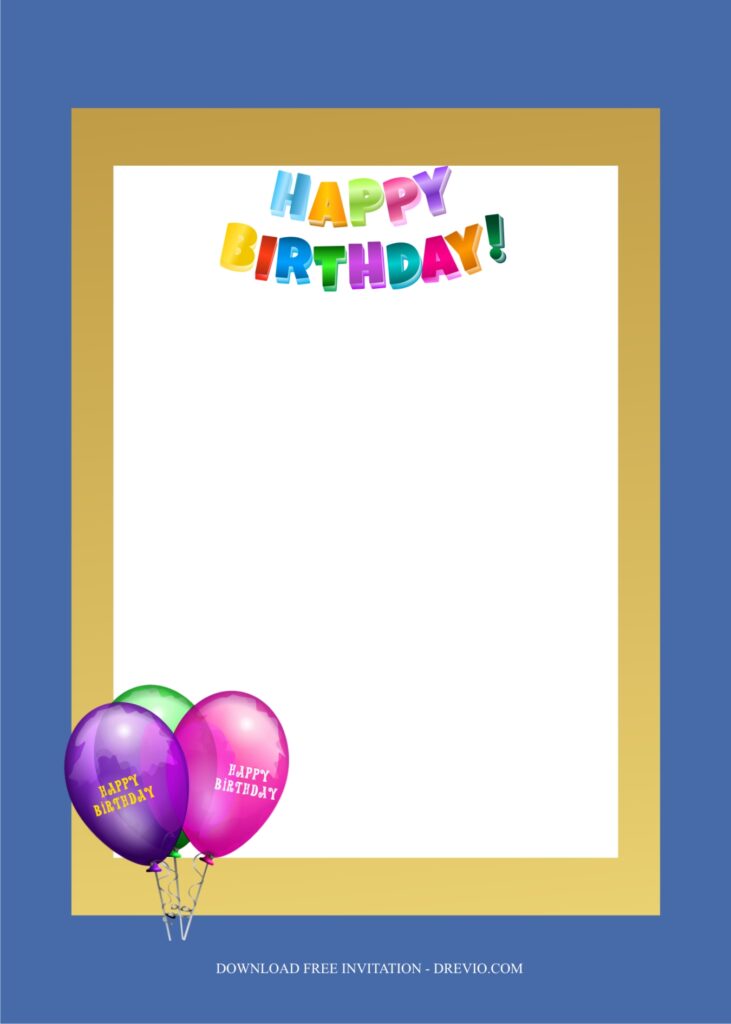 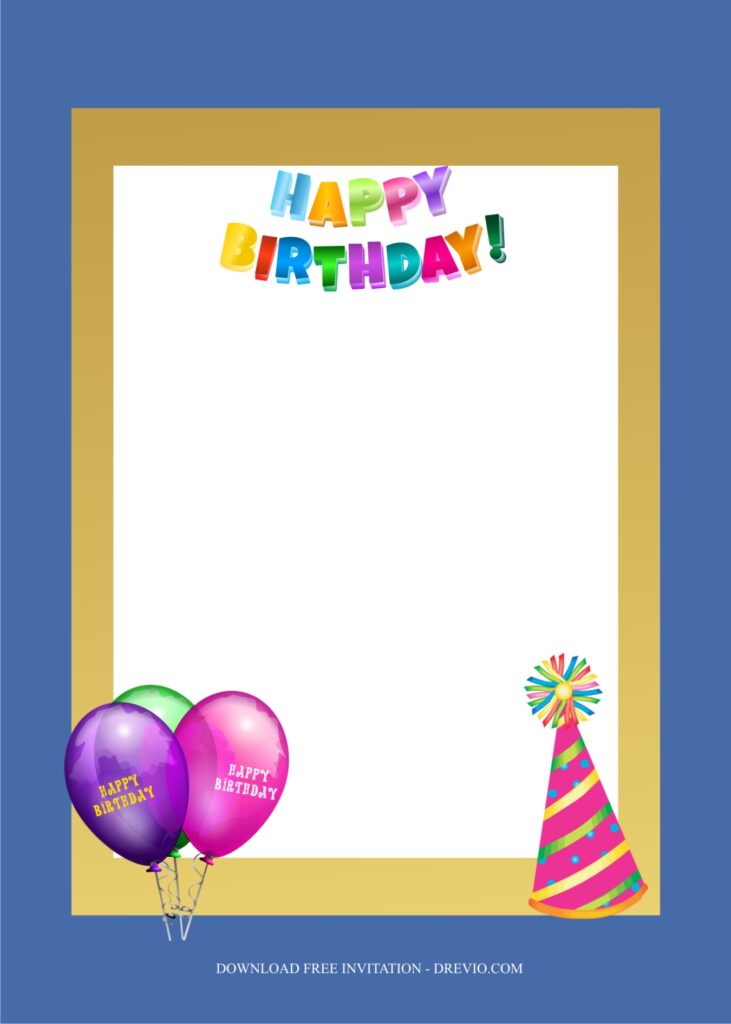 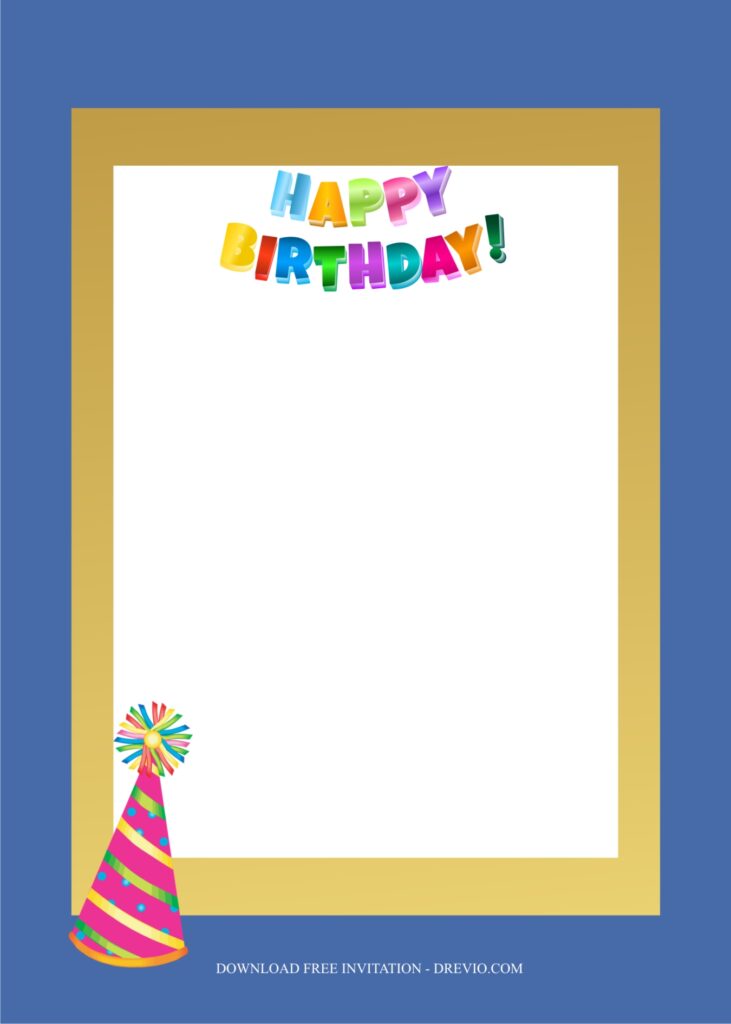 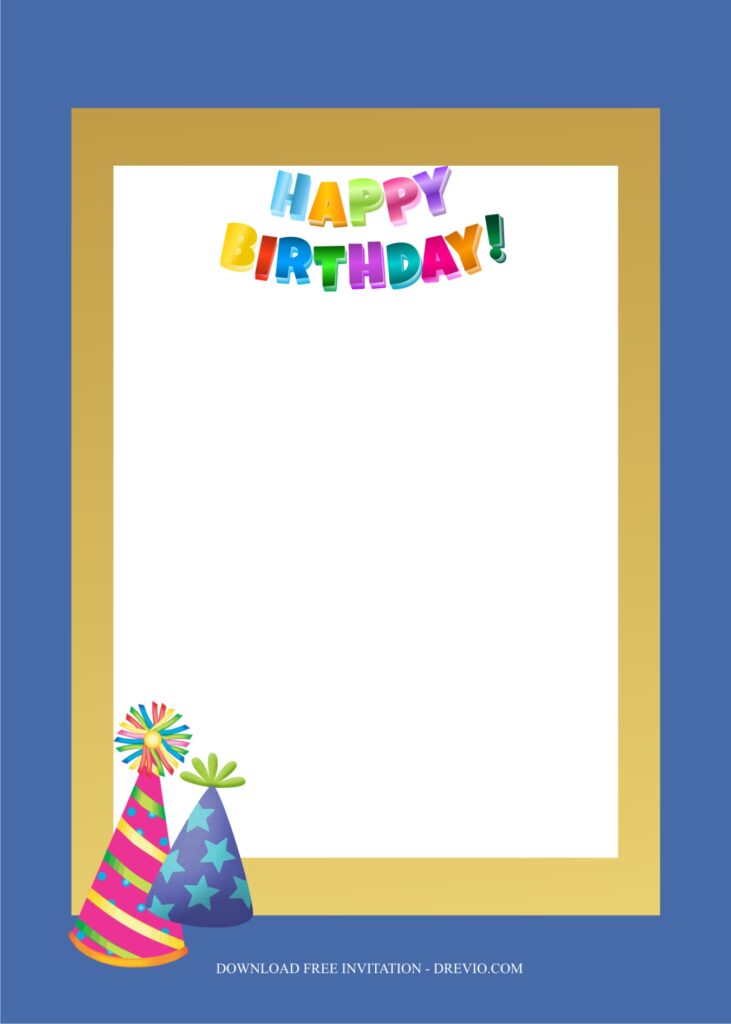 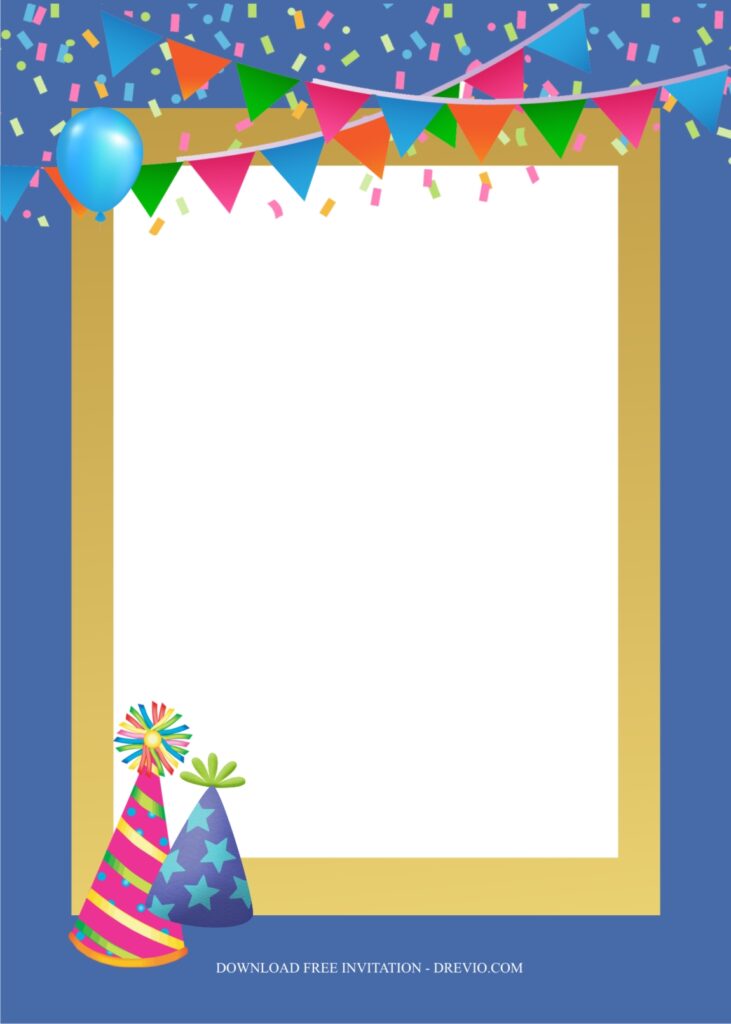 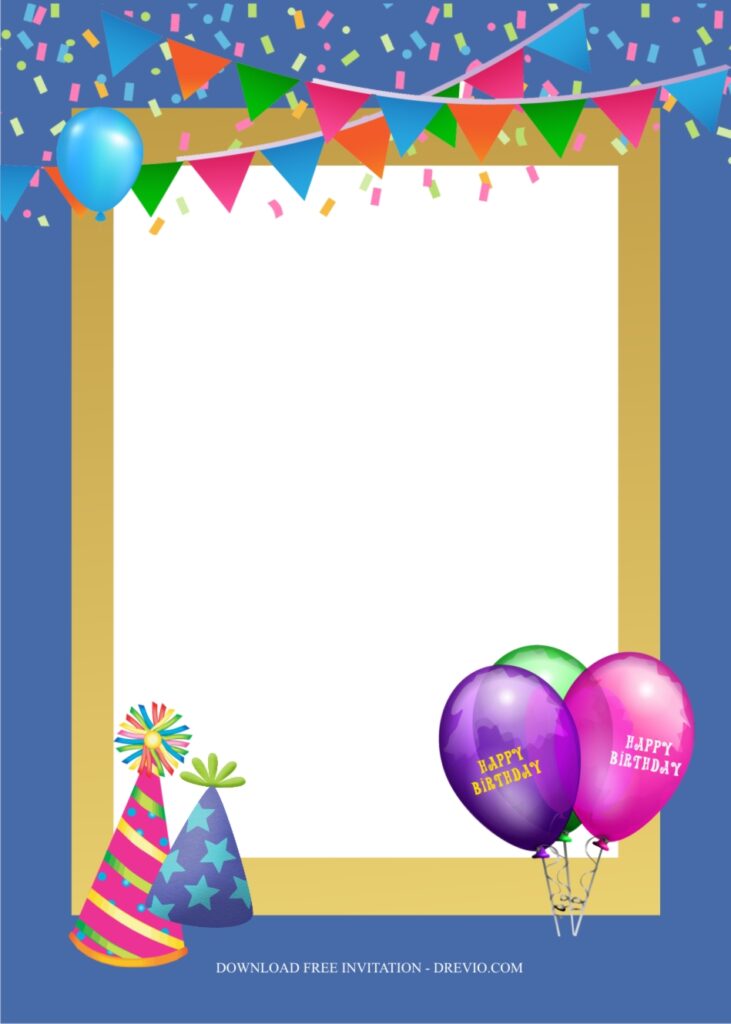 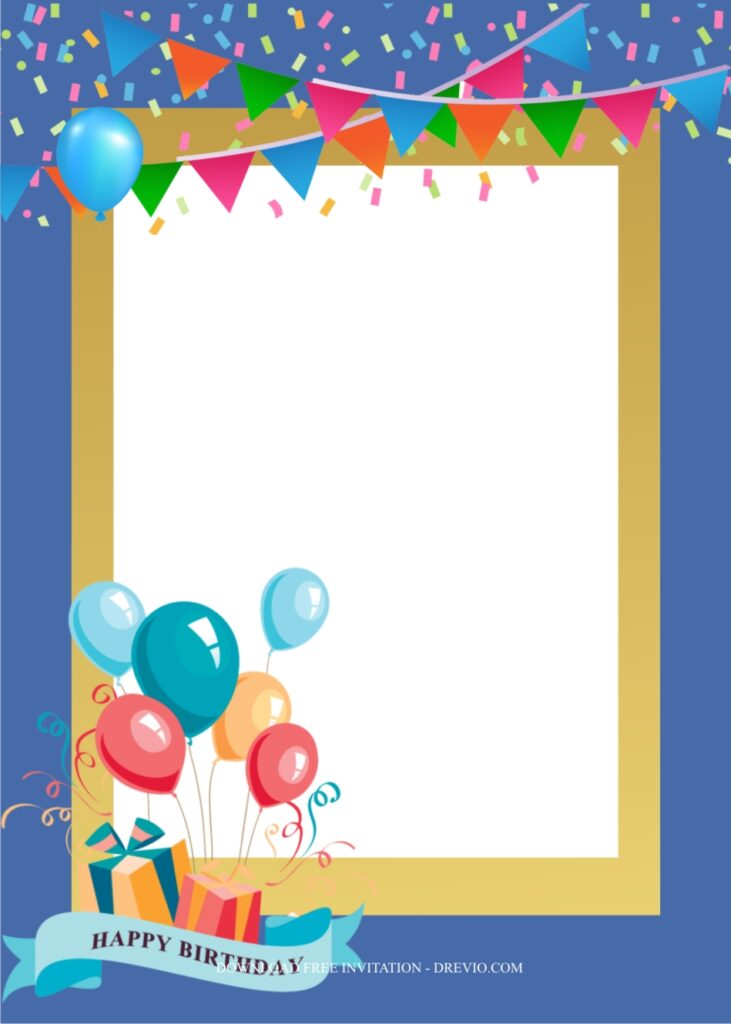 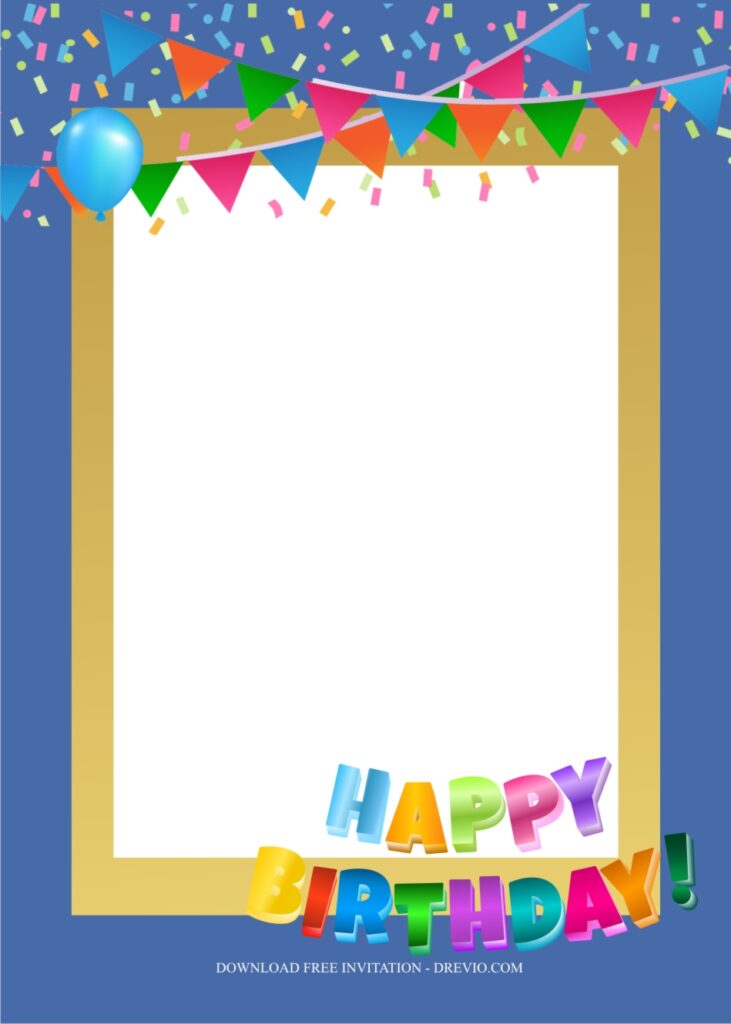 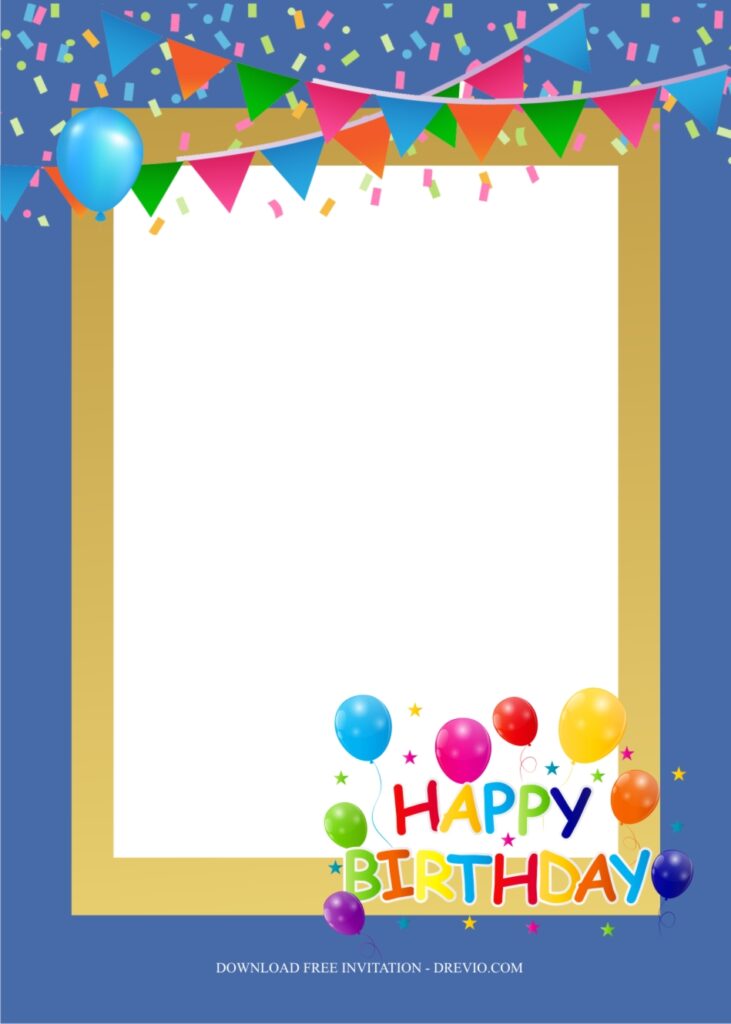 For easier access, you can place it on your desktop if you are using Laptop or PC.

Anyway, if you are done with where the file is going to be placed, tap “Enter” to start the download process. 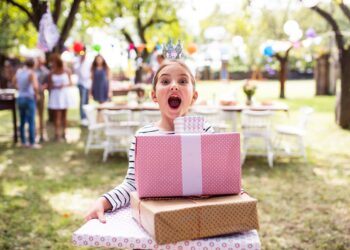 Are you planning birthday party ideas for your nine-year-old girl? We've thought of everything. We've compiled a list of unique... 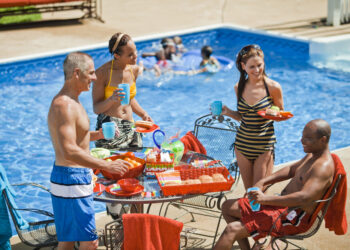 Summer is approaching, which means backyard pool parties for many folks. There's no better way to fight the summer heat... 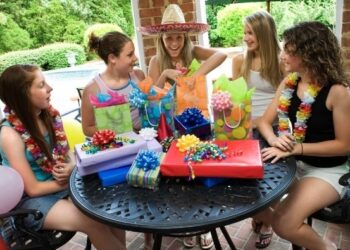 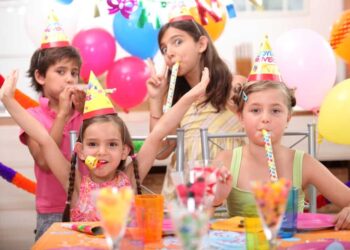 Birthdays are a big event, especially for kids. What's not to like about a day filled with loved ones, delectable...