A unicorn is a fantasy creature that is often included in many stories, in the form of a white horse with a crest that sometimes has the color of a rainbow and also a horn that grows on the head. In contrast to the Pegasus that has wings and can fly, unicorns can also float in some stories but most of them don’t and will only appear in a special place and this magical fantasy will surely be very magical. 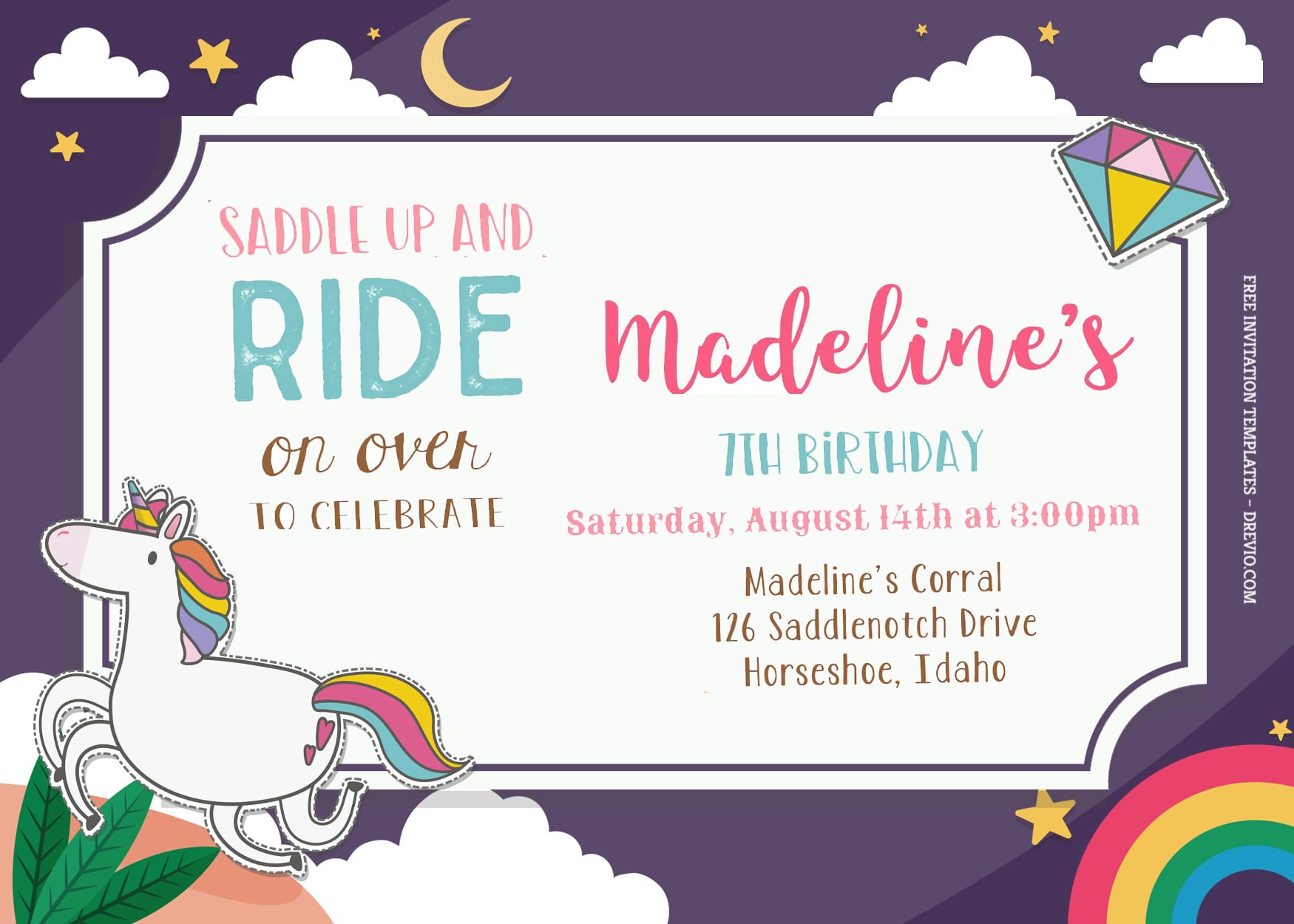 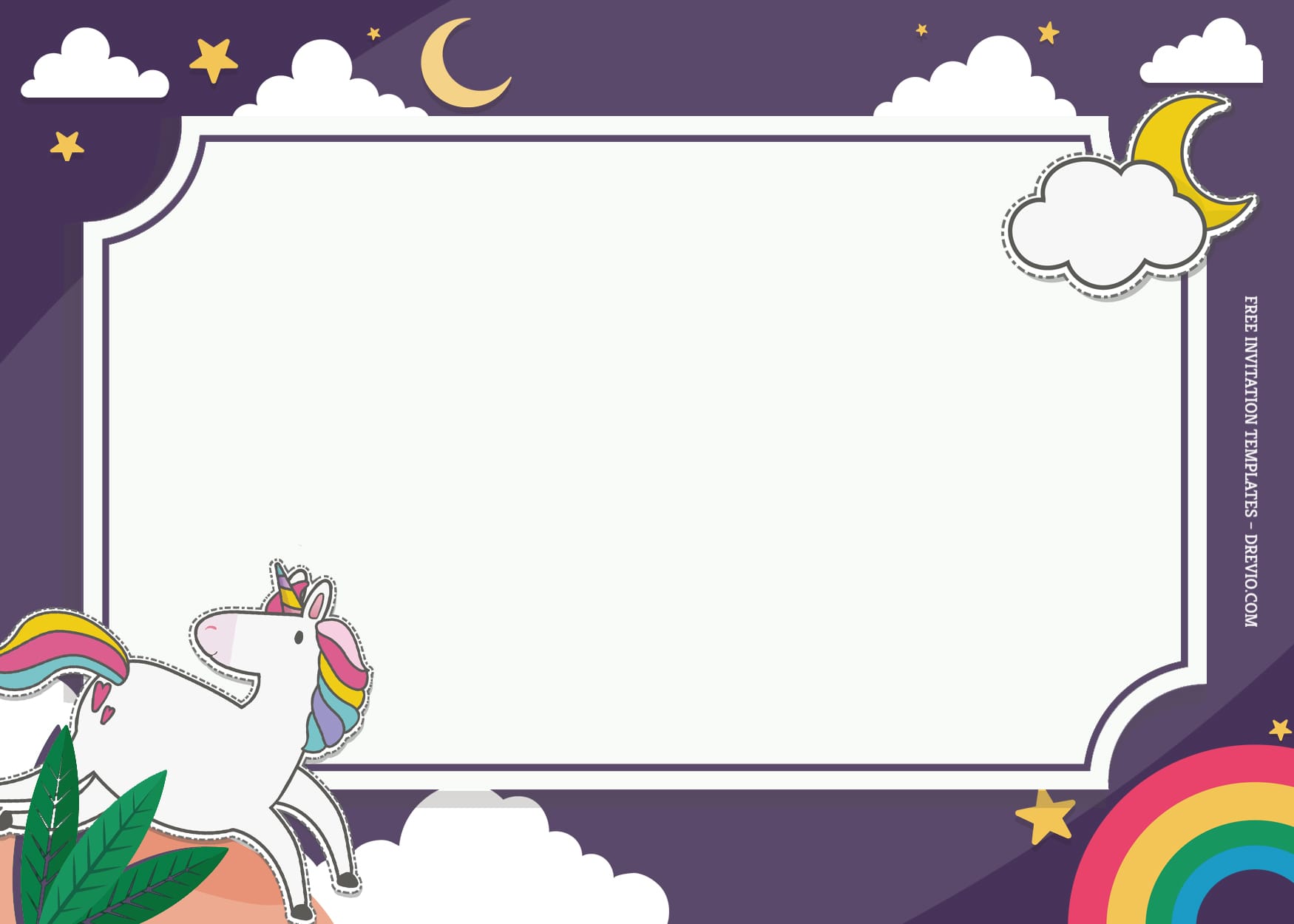 Talking about the magical and fantasy world, of course the characters in it are very diverse and depending on the country they live in. The very big ones are like dragons to tiny creatures like little smurf who take care of your garden. We also have something related to fantasy, namely 10+ Pretty And Magical Unicorn Birthday Invitation Templates that we embed here. To accompany your child’s birthday party that will be full of magical friends. 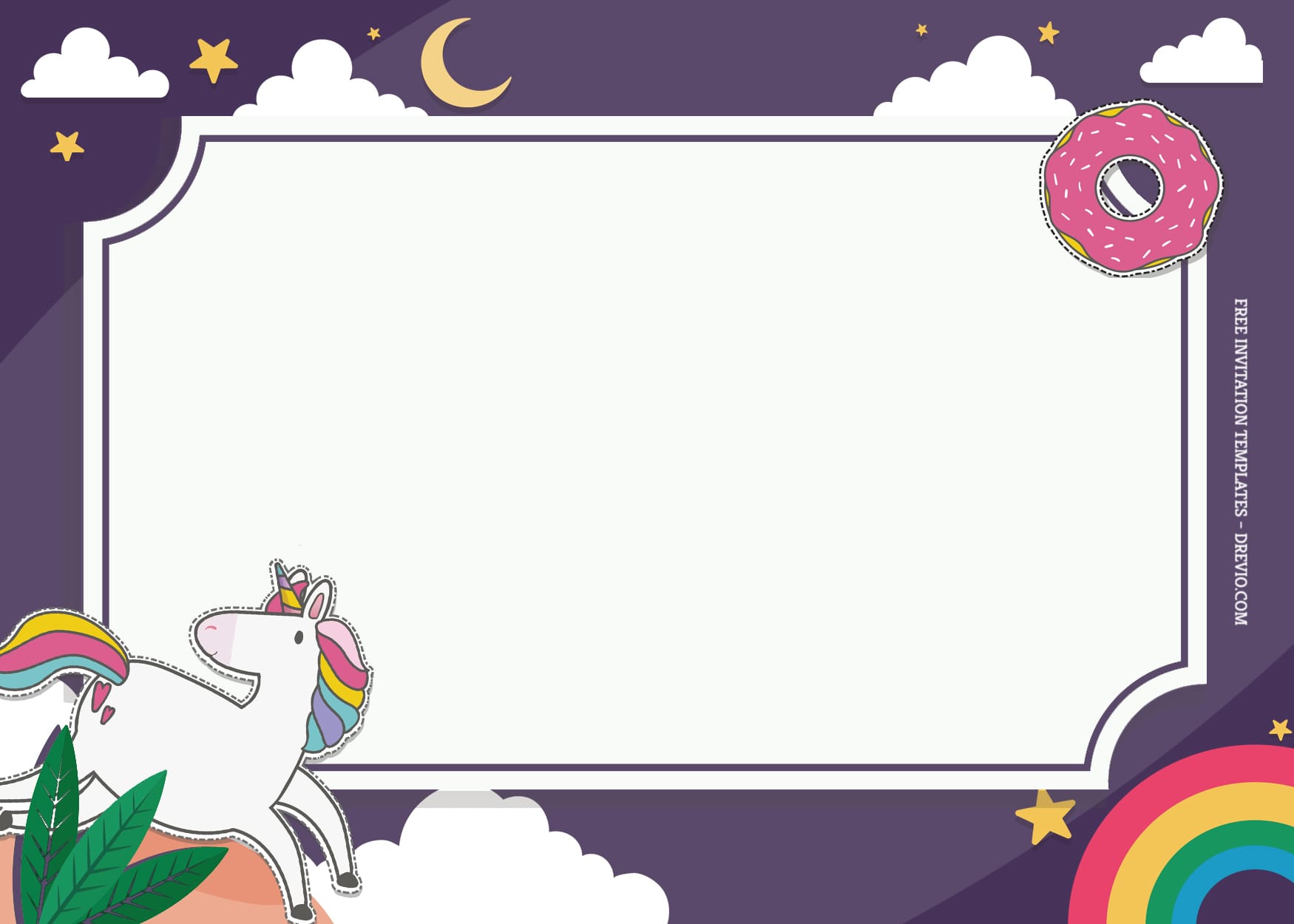 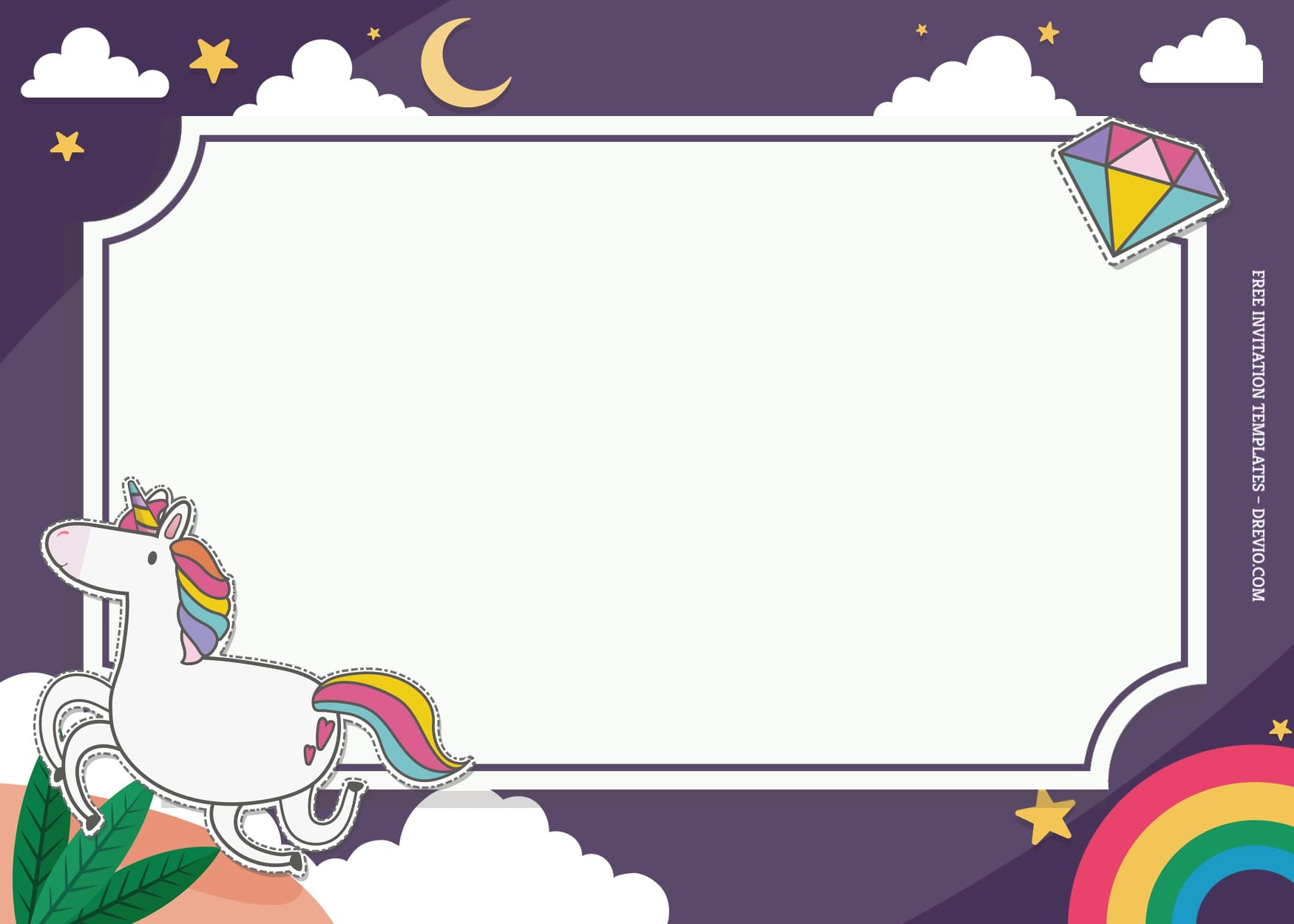 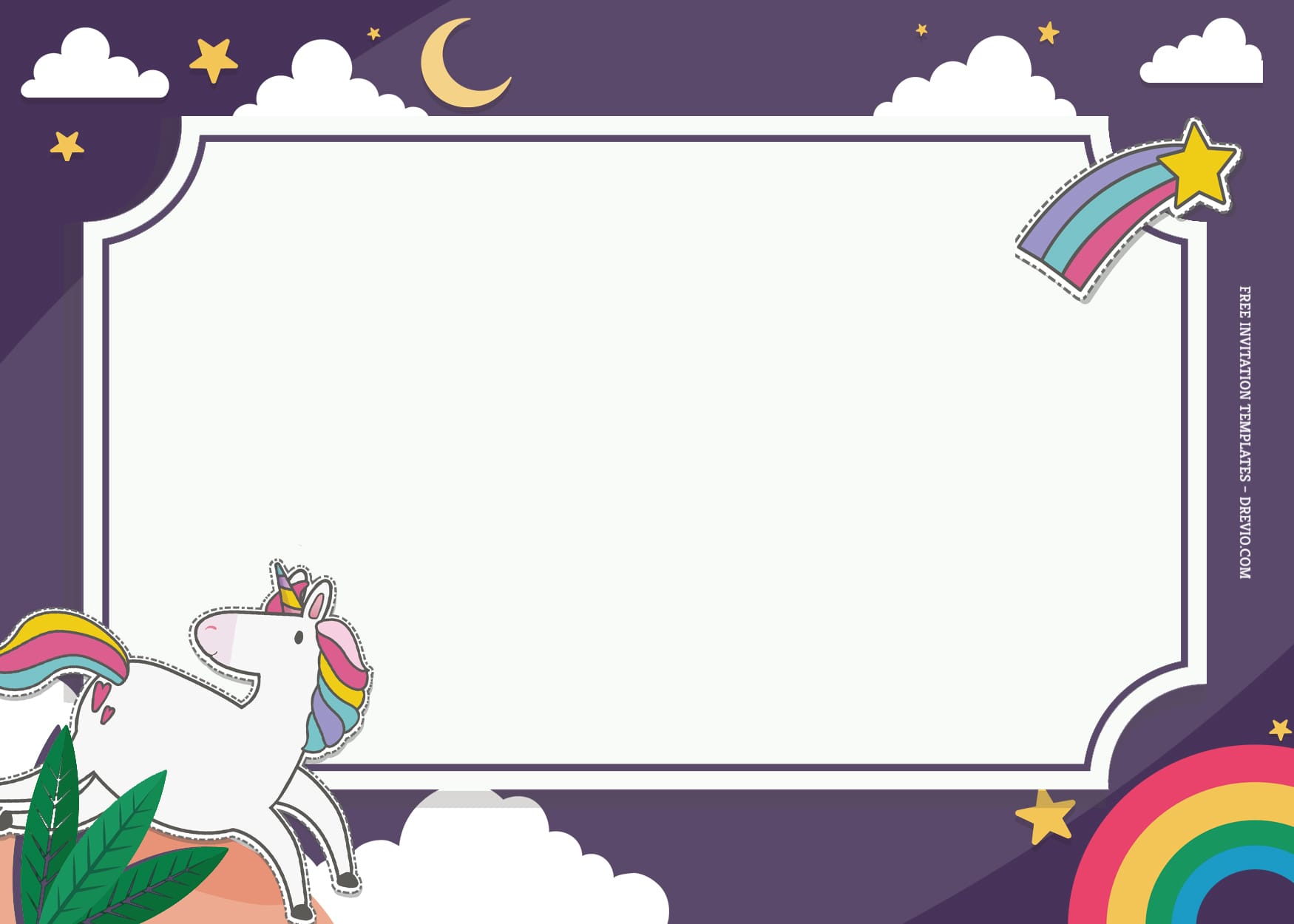 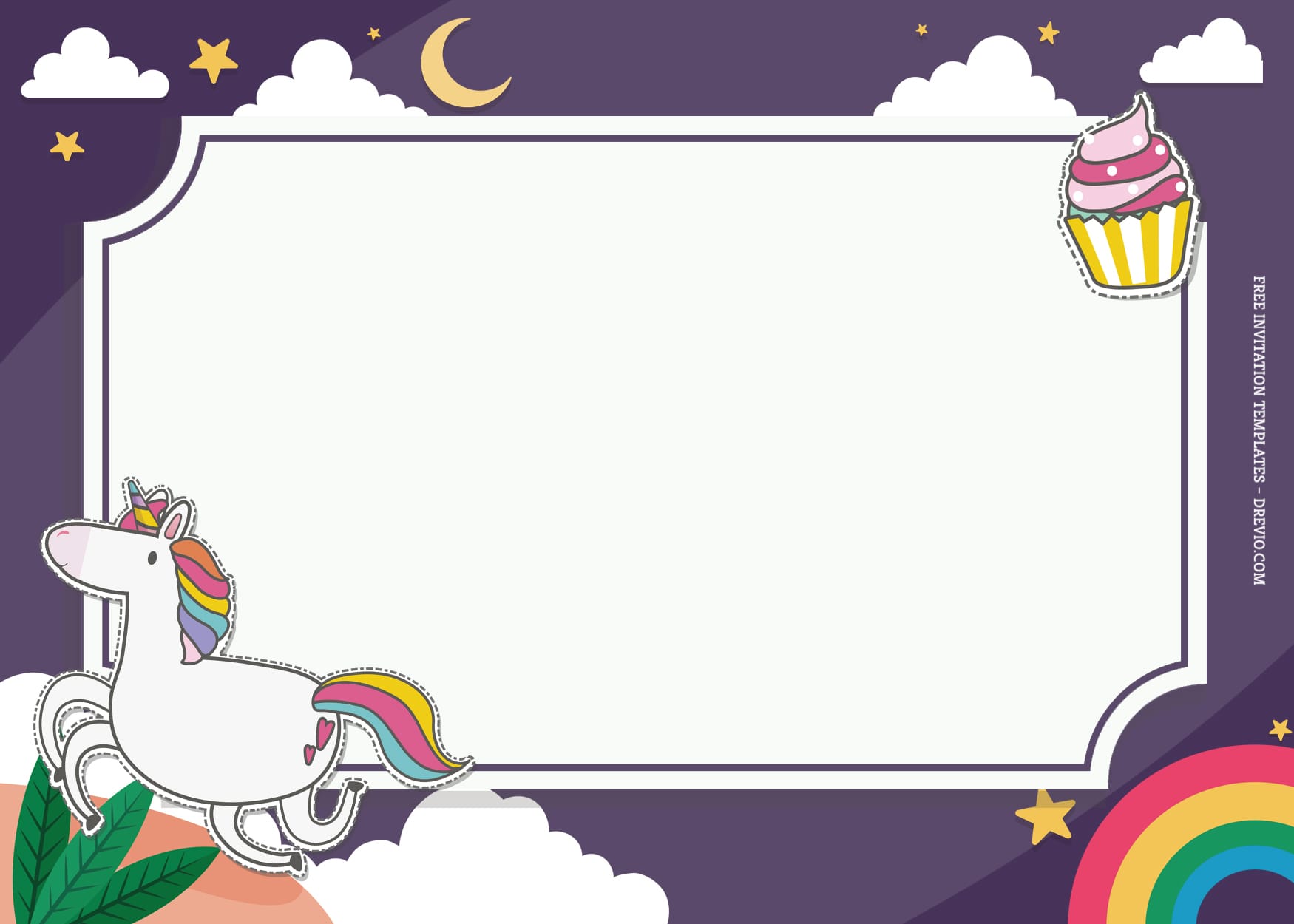 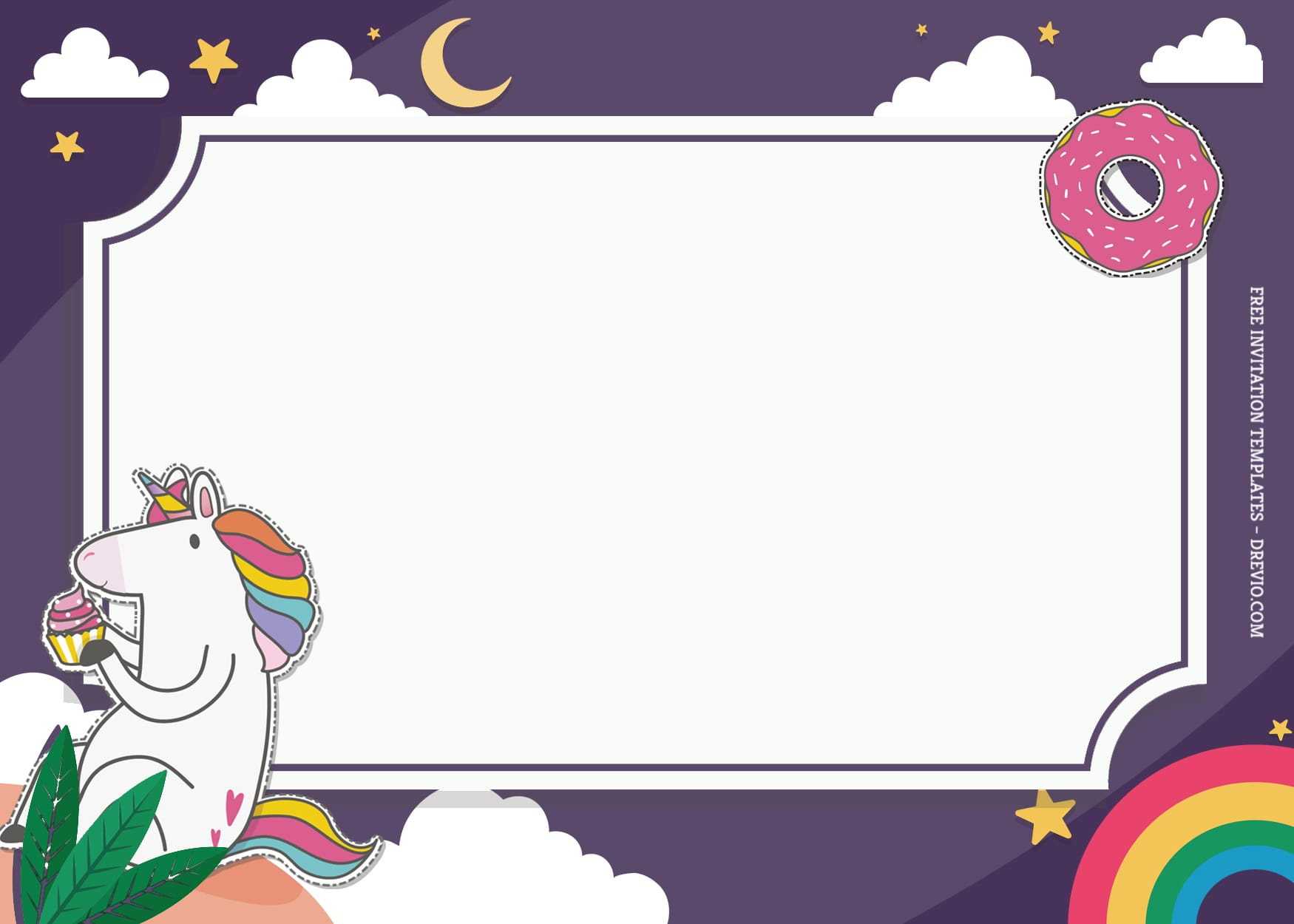 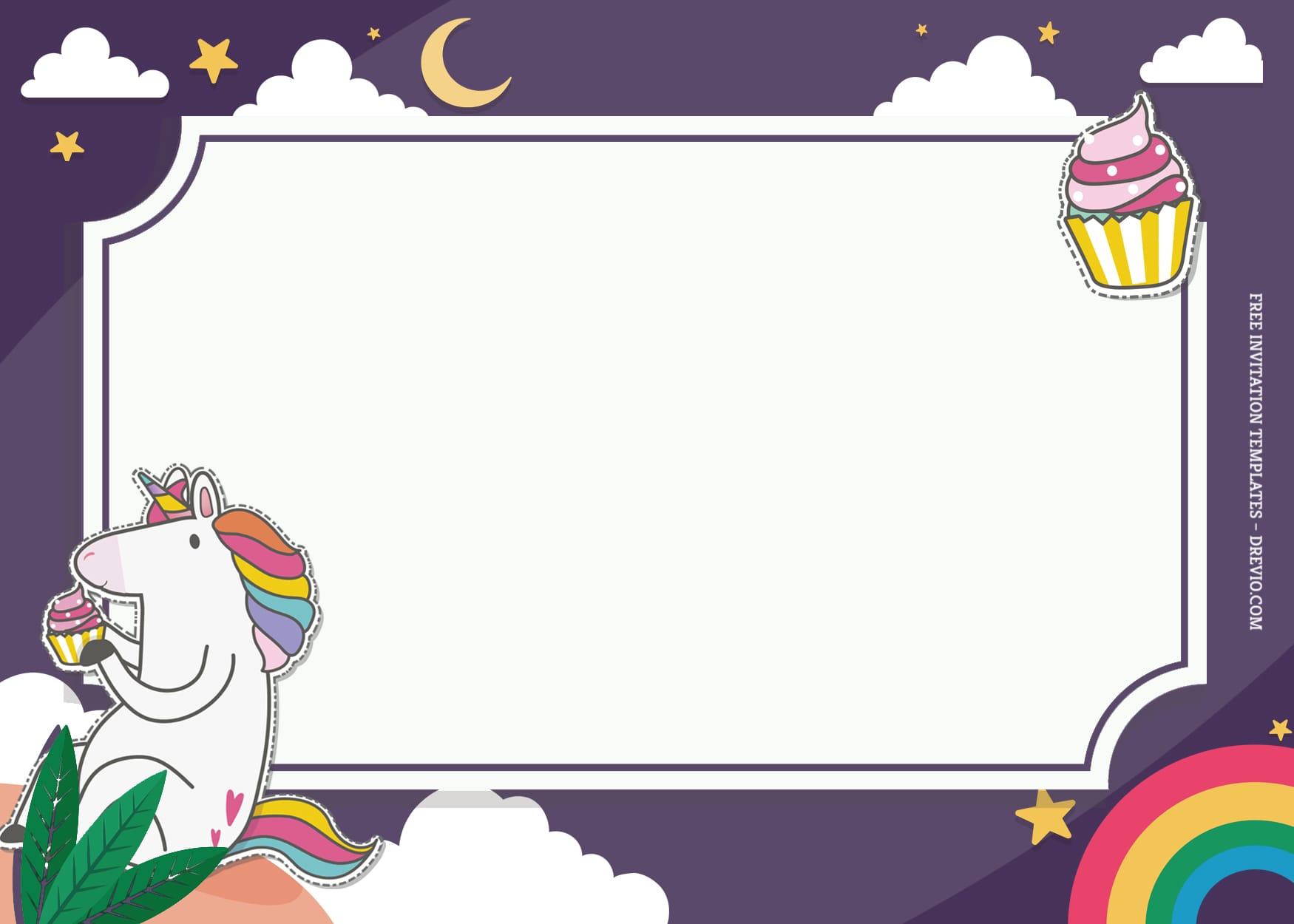 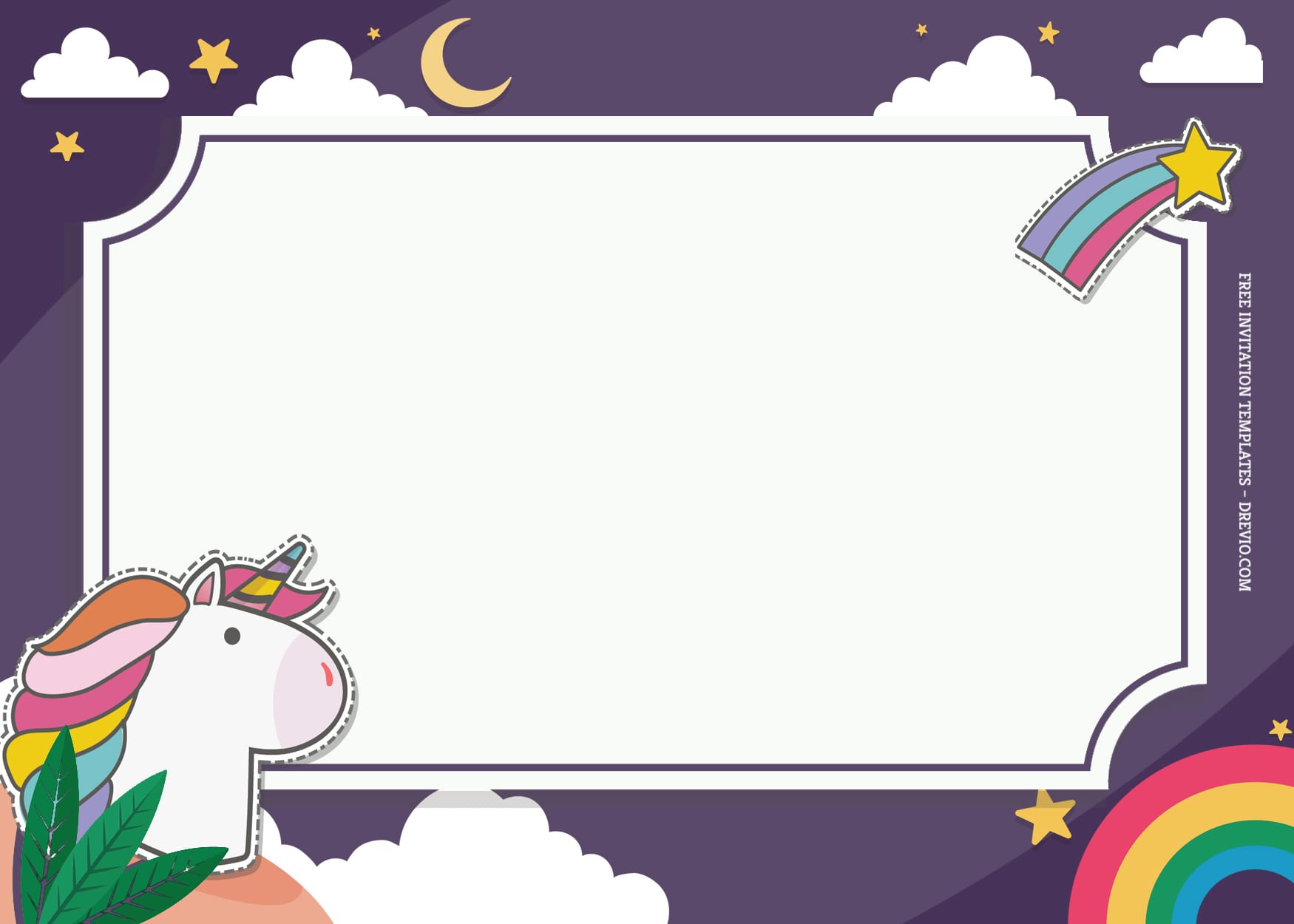 By using a purple background that is often used as a fantasy and magical theme, sweet and very beautiful, don’t forget the artificial clouds made of cartoons and accompanying stars. Then the rainbow where the unicorn will always appear at the end. Of course the unicorn is also a part because he is the main character in this invitation. Also additional decorations such as donuts to diamonds. You get many choices in one package, have you planned your own magical birthday party? 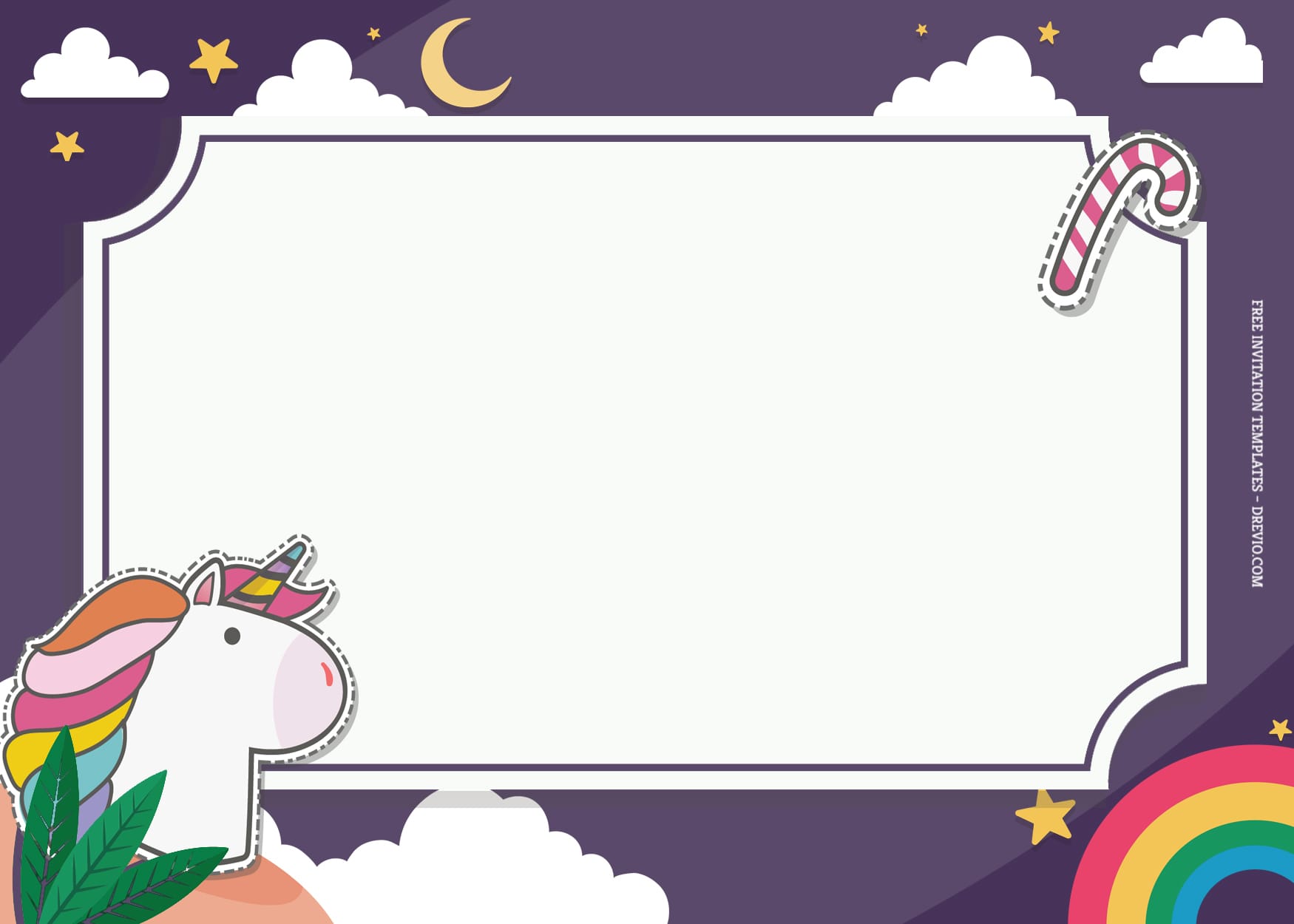 Welcome to the magical dungeon! For you who is at lost on how to download, here is the guide :
First step, choose which one that you like the most, then after deciding which one that you like the most, right-click on them. When an option pops out, choose ‘save image as’. You will be direct to another open window which you choose where to save it in your device storage. After you are done, click ‘save’. Your invitation will be immediately being download.