It’s not every day that your little honey bee turns one, so I wanted to make sure her first birthday celebration was as sweet as she is!

In celebration of our queen bee, I decided to hold a bee birthday party.

Despite the fact that the party was later in the afternoon, the light was a bit harsh in a few of the images because it was a brilliant sunny party day.

You may make a honey bear cup out of a plastic honey bear bottle. With the addition of a straw, you can make the cutest honey bear straw cup ever!

These empty honey plastic bear bottles are clear and BPA-free, and they’re just what I needed. Amazon sells them in a 12-pack at a very low price.

The hole is perfectly sized for a yellow striped straw. Fill with ice-cold lemonade made from honey bee nectar.

Each bottle is personalized with a number one and a bee, which I adore!

Joann had some yellow and white gingham fabric that I utilized as a tablecloth for the party table.

I used the same yellow and white gingham for the party favor boxes, which complemented the table cover nicely!

To give the table a natural outside, almost country atmosphere, I used wood components, flowers, and foliage.

Wooden crates, slices, and plates were all great accents.

The wood beehive, two wood twig pots filled with flowers, and the ancient wood soap truck were among my favorite wood elements on the table.

The pieces are adorable, but the stories behind each one make them much more so!

My husband’s late grandmother’s bedroom had an old wooden wagon as a décor.

Grandma kept this wagon in her chamber, along with some of her teddy bear collection, because their home was tastefully furnished with many antiques.

I stuffed a couple of my glass apothecary jars with lemon drops and lemons.

I wanted to utilize the wagon to represent Grandma at the bee-themed party because she recently died away.

Despite the fact that she passed away before my daughter was born, I know she would have treasured her and would be delighted to be represented at her first birthday!

I didn’t take any pictures of the major bee-themed food I served for my daughter’s bee-themed party, but it was all fantastic!!

I created the cutest food and drink labels that precisely complemented the invites and will be making them available as a free download soon.

For a bee birthday with a large family, bar-BEE-cue food sounded like a good idea, so here’s what we ate:

I purchased a large beef brisket at Costco and requested my father to smoke it all day in his smoker. The flavor was fantastic!!

My husband cooks the best pulled pork in the world, so he lent a hand with this recipe. It’s very delicious!

We have a favorite local BBQ restaurant that makes a fantastic sauce, so I ordered some to go with our meal.

It would be unthinkable to serve this dish without baked beans.

No, it wasn’t a bee-themed potato salad, but we couldn’t resist.

Despite the fact that I was as busy as a bee preparing for this bee-themed birthday party, I knew I wanted to make two bee cakes.

The first cake would be for everyone at the party, while the second would be a smash cake.

I’ll post bee cake recipes shortly, but I’m really happy with how they both turned up!

I made a cute beehive cake with this gold Nordic Ware Beehive Cake Pan for the smash cake. The only thing that makes this cake appear tough to create is the appearance of difficulty in making it.

I just poured the batter into each side of the pan, baked it, and then topped it with frosting to finish the cake.

It was so simple and adorable! Her bee cake received a lot of positive feedback, and the baby girl enjoyed it a lot.

She was particularly taken with the beautiful little candy bees I had purchased for the top.

The bee cake I made for the others was a little more involved, but it was a lot of fun to make. Like the smash cake, this cake was created using homemade lemon honey and cooked in normal round cake pans.

I used melting chocolate and bubble wrap to create the amazing honeycomb design on the outside of the cake.

On top of the cake were flowers and a 6′′ honey dipper.

To add more texture and color, I sprinkled some bubble wrap chocolate honeycomb bits on top.

To finish the cake, more candy bees were placed outside of the honeycomb.

I also cooked these sweet honey lemon mini bundt cakes because I like to go overboard from time to time.

Several people said that these reminded them of the minis from Nothing Bundt Cake.

The small bee cakes were completed with a drippy lemon vanilla white frosting and more of those gorgeous candy bees.

In today’s blog, I’ll show you a Free Black and Gold Invitation design that you can use for your birthday or wedding invitations.

In addition, I’ve made or left a pretty large space, so you can freely write or type your party information and it can be crystal clear enough to be easily read by your guests. 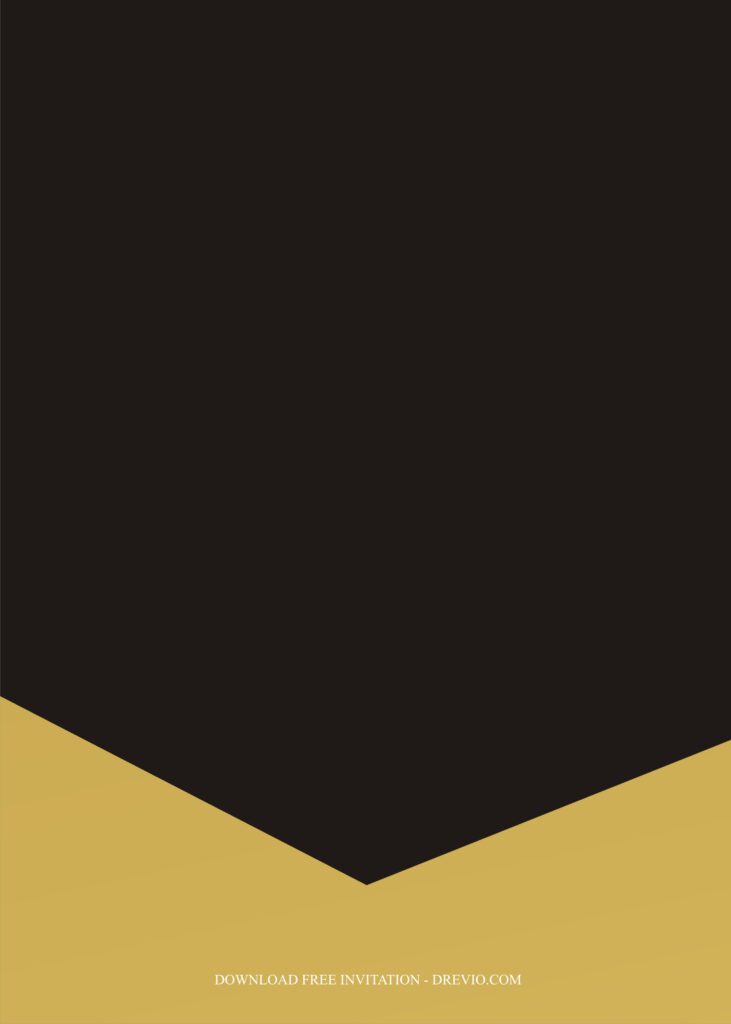 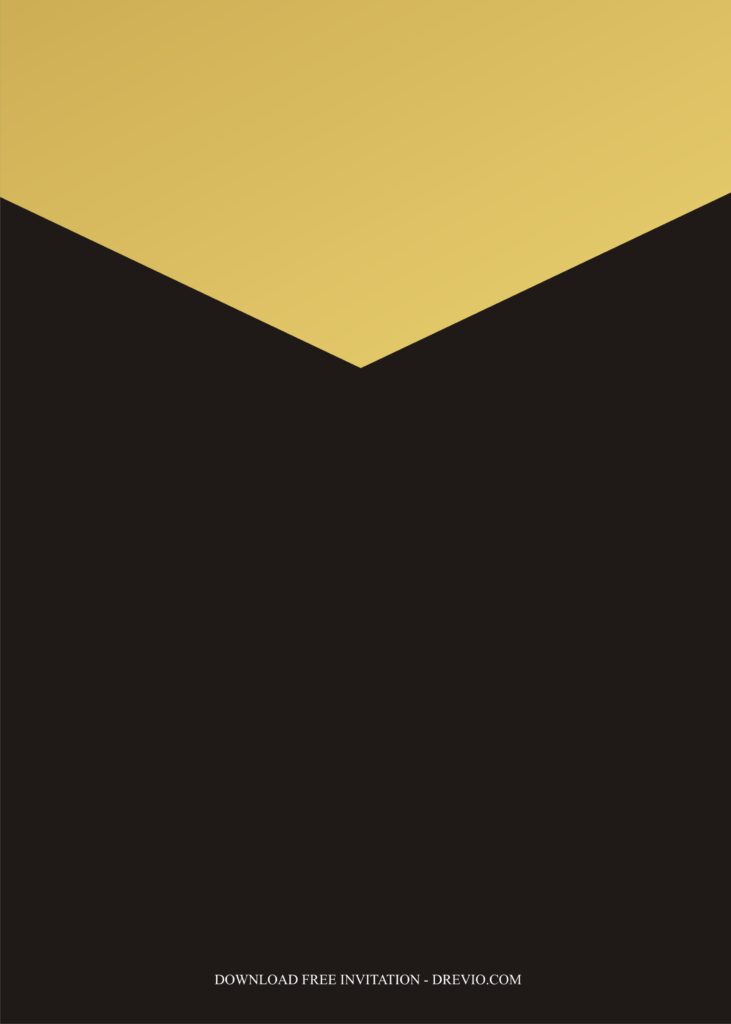 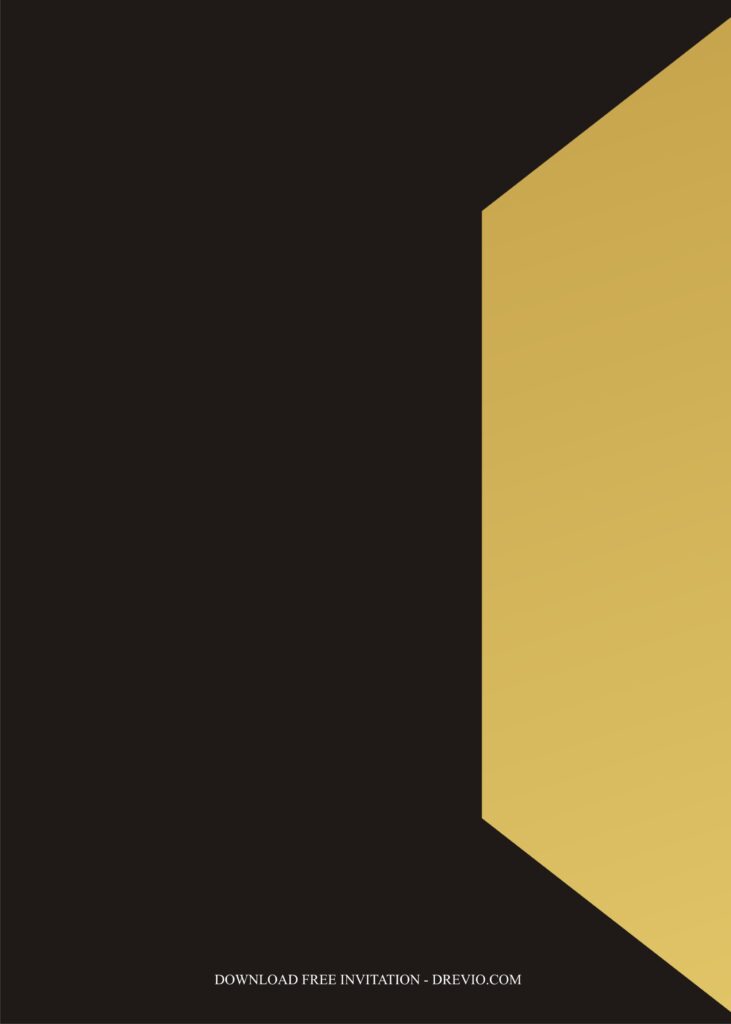 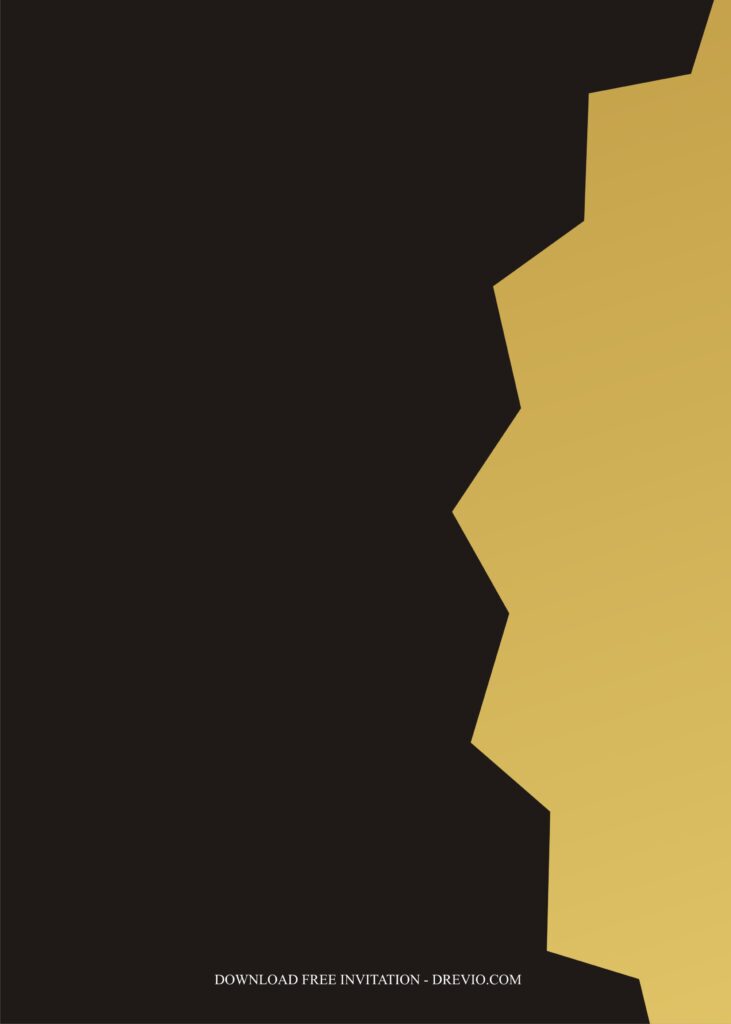 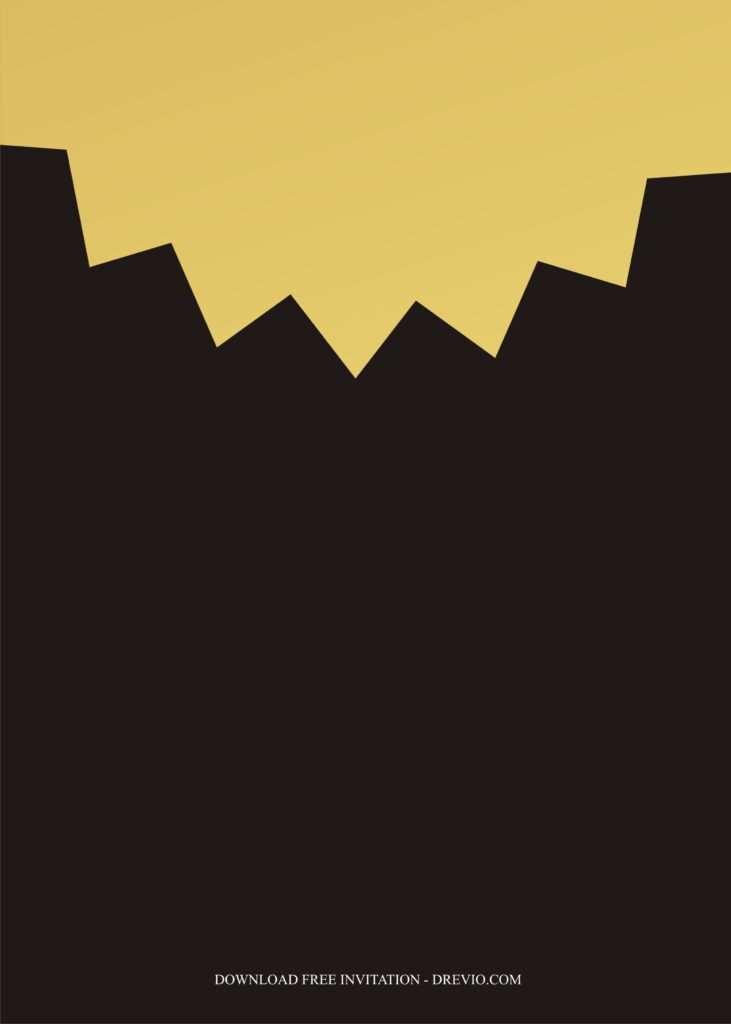 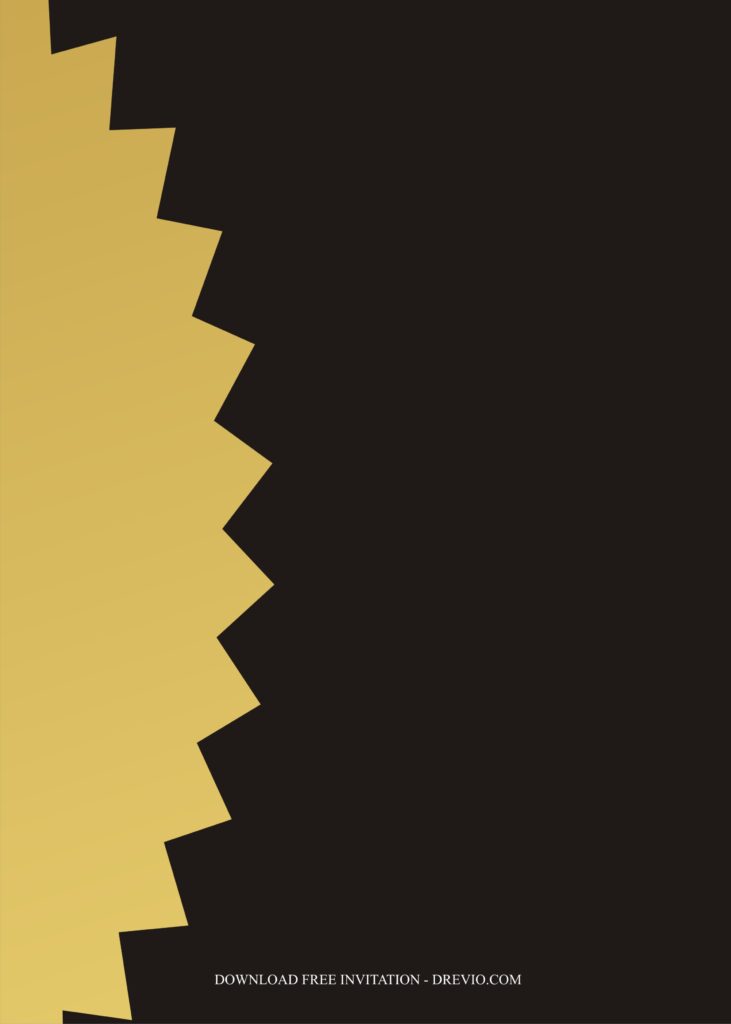 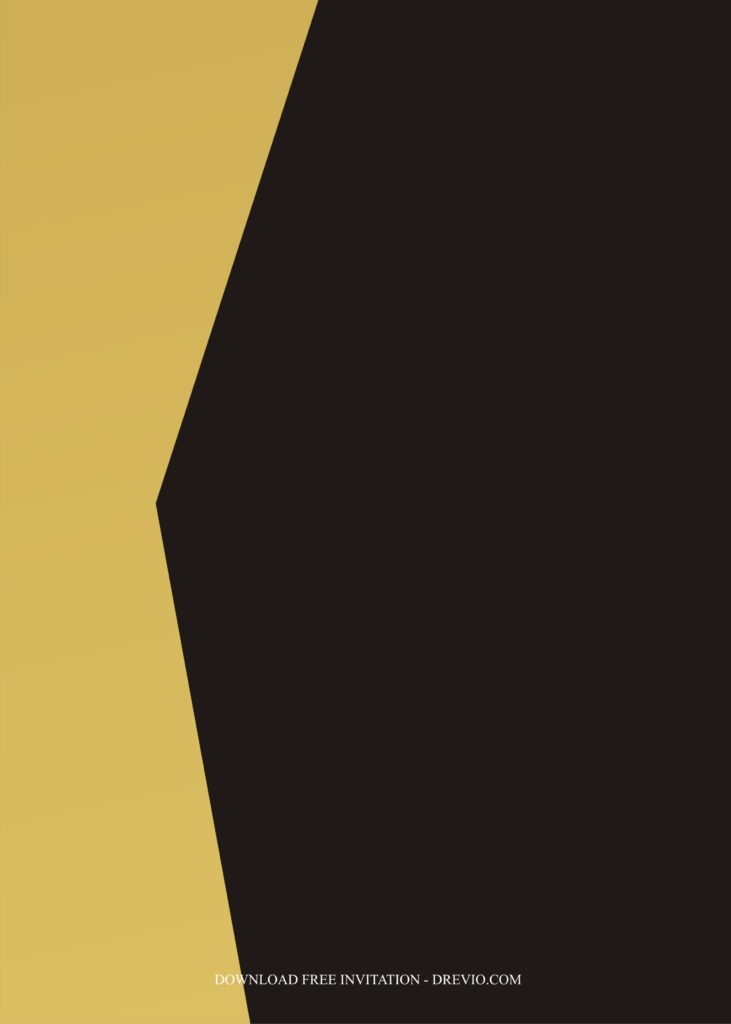 For beginner: it’s better for you to use Ms. Word, and it’s capable of doing that flawlessly and there are many features to help you, like inserting text, changing the font styles and so on. 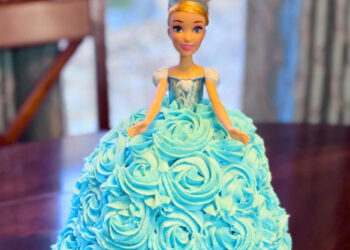 If you ask me, do I love Cinderella? It’s a big yes! To be honest,I like the social history aspects... 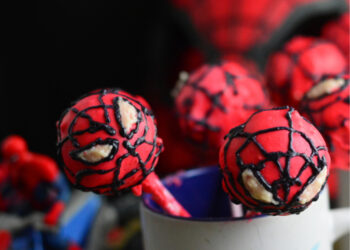 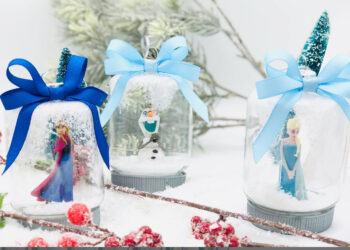 If you have a young sibling or family member, then you’ve probably heard of Frozen. If you have two functioning... 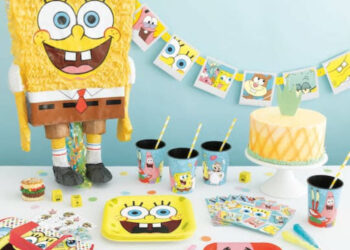 SpongeBob SquarePants is the only show that both children and adults enjoy! The dialogue in all of the episodes is...

20+ Among Us Canva Birthday Invitation Templates