A car that can turn into a robot only exists in films and fiction stories but of course there are many scientists and experts are making this a reality. Of course, if you talk about robots, you are already familiar with Transformers. A group of robots that come from the outer space and got many cool weapons and appearance that grab your attention. The film, which is full of action between robots and humans, is very thrilling and very exciting.

Watching a giant robot struggle and fight each other might be scary if it really happened, because their very large form would easily destroy the buildings around them. Not only adults, many children also like this robot that can turn into many kinds of transportation. 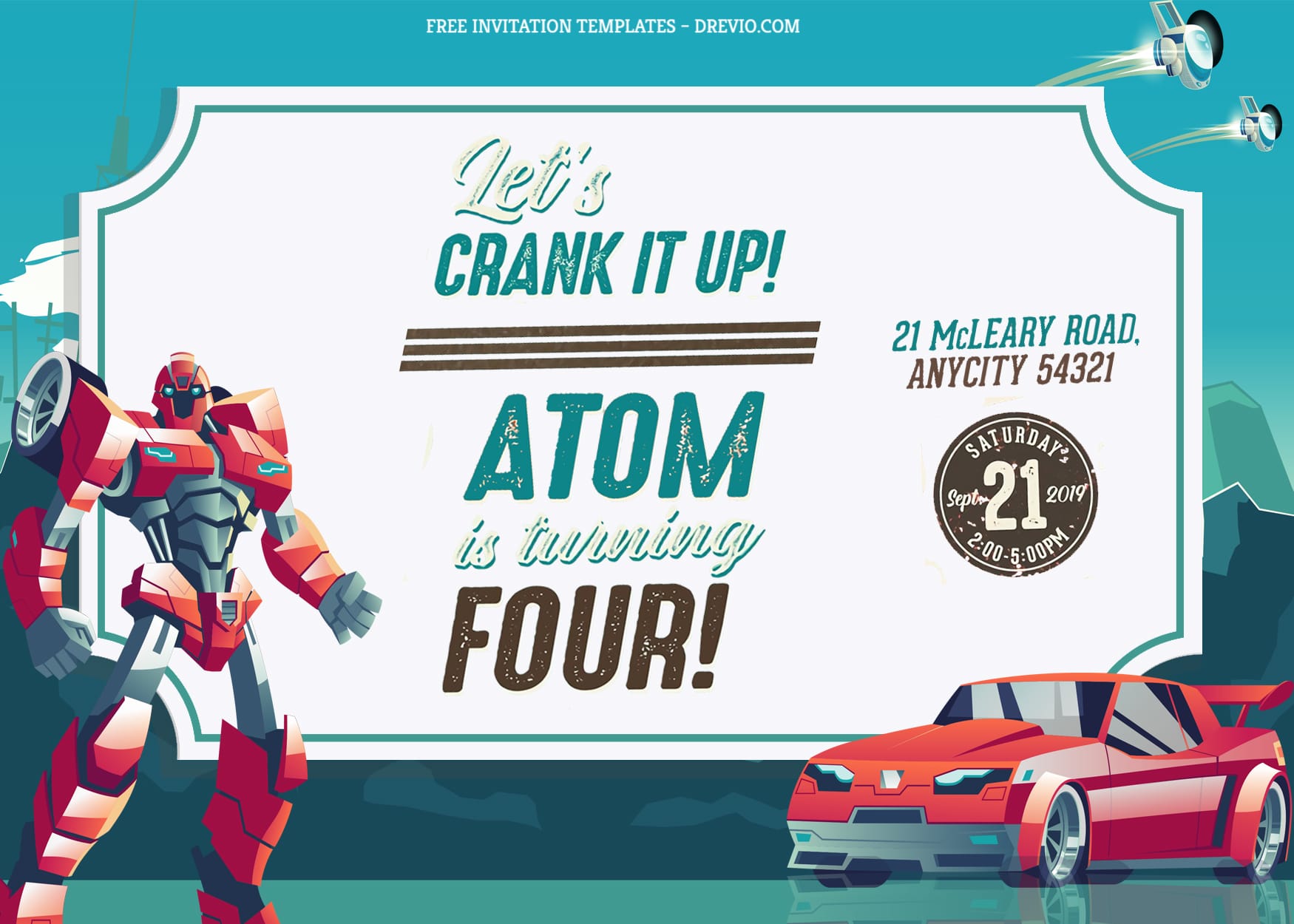 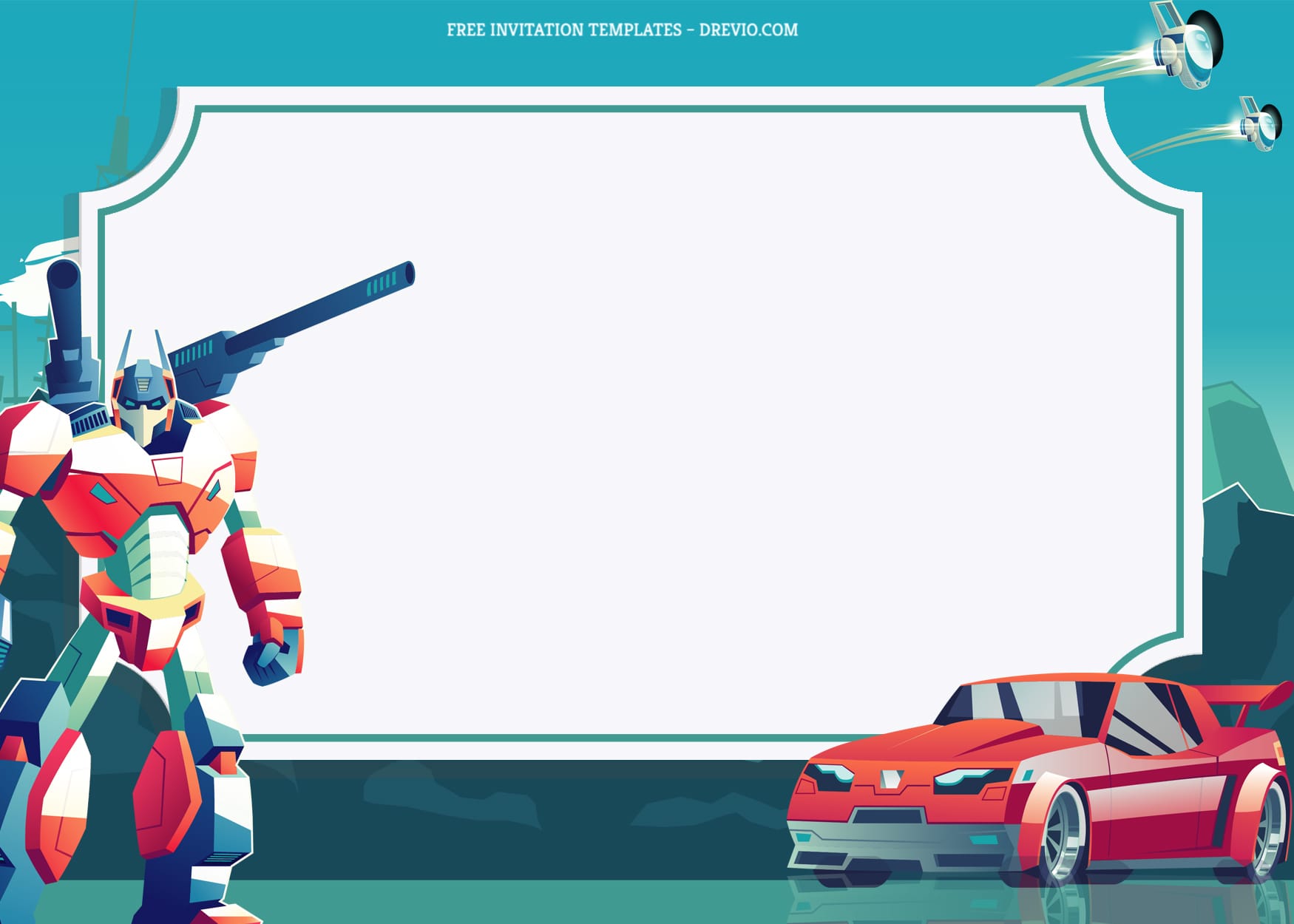 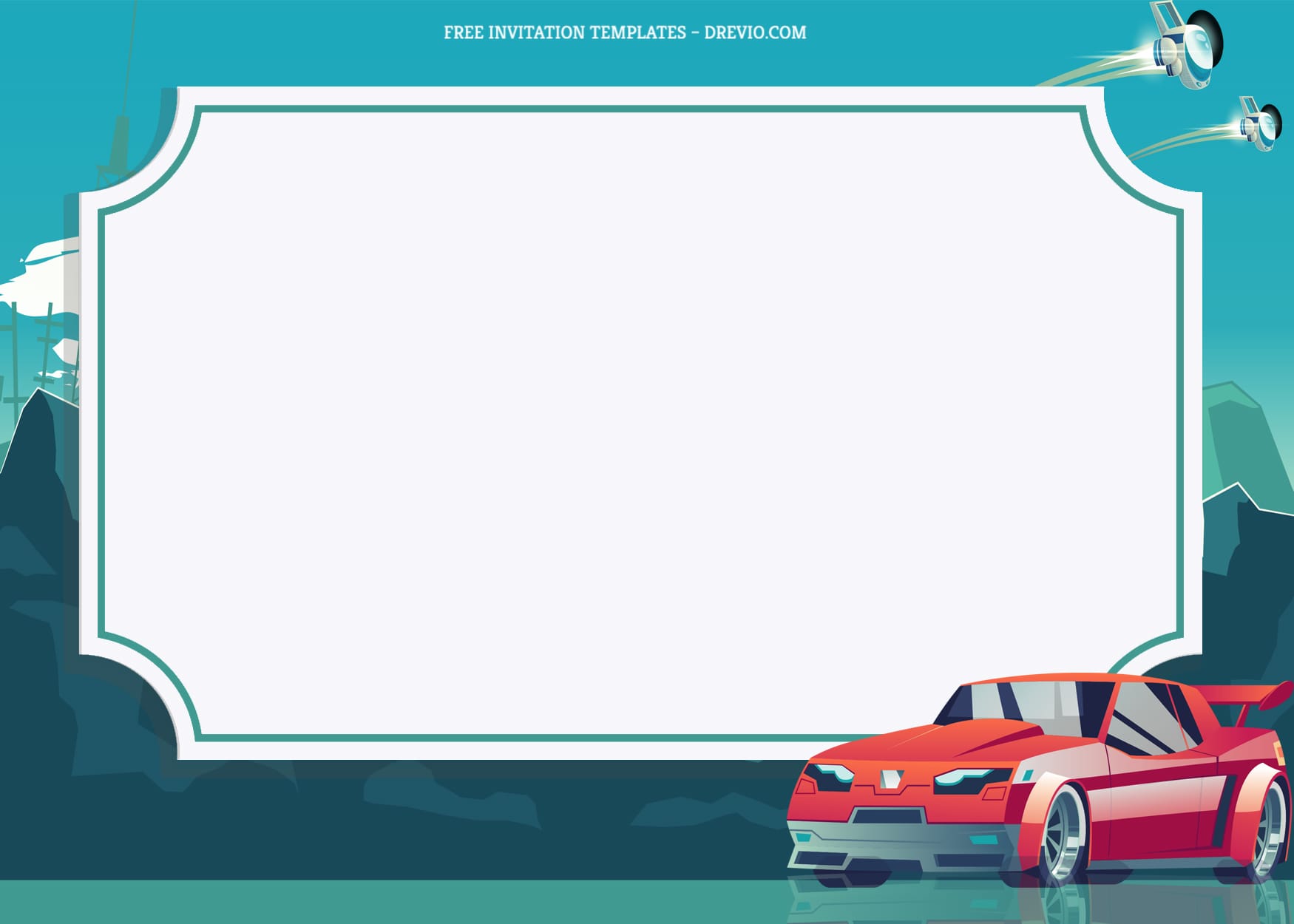 Of course, having a birthday party with this cool robot theme is the dream of the children, especially the boys. As a parent, of course you want to make it happen. The preparation for the party must have been planned, such as what decorations will be used, what food will be served and then what games will be added to enliven the party. Because there will be many children who will be guests, they will like the games provided. And for your invitations, you don’t need to worry because we have it, 7+ Cool Transformer Robots Birthday Invitation Templates that carry the concept of your favorite robot. Not too crowded and simple, a robot that will welcome every invitee who will attend your party. 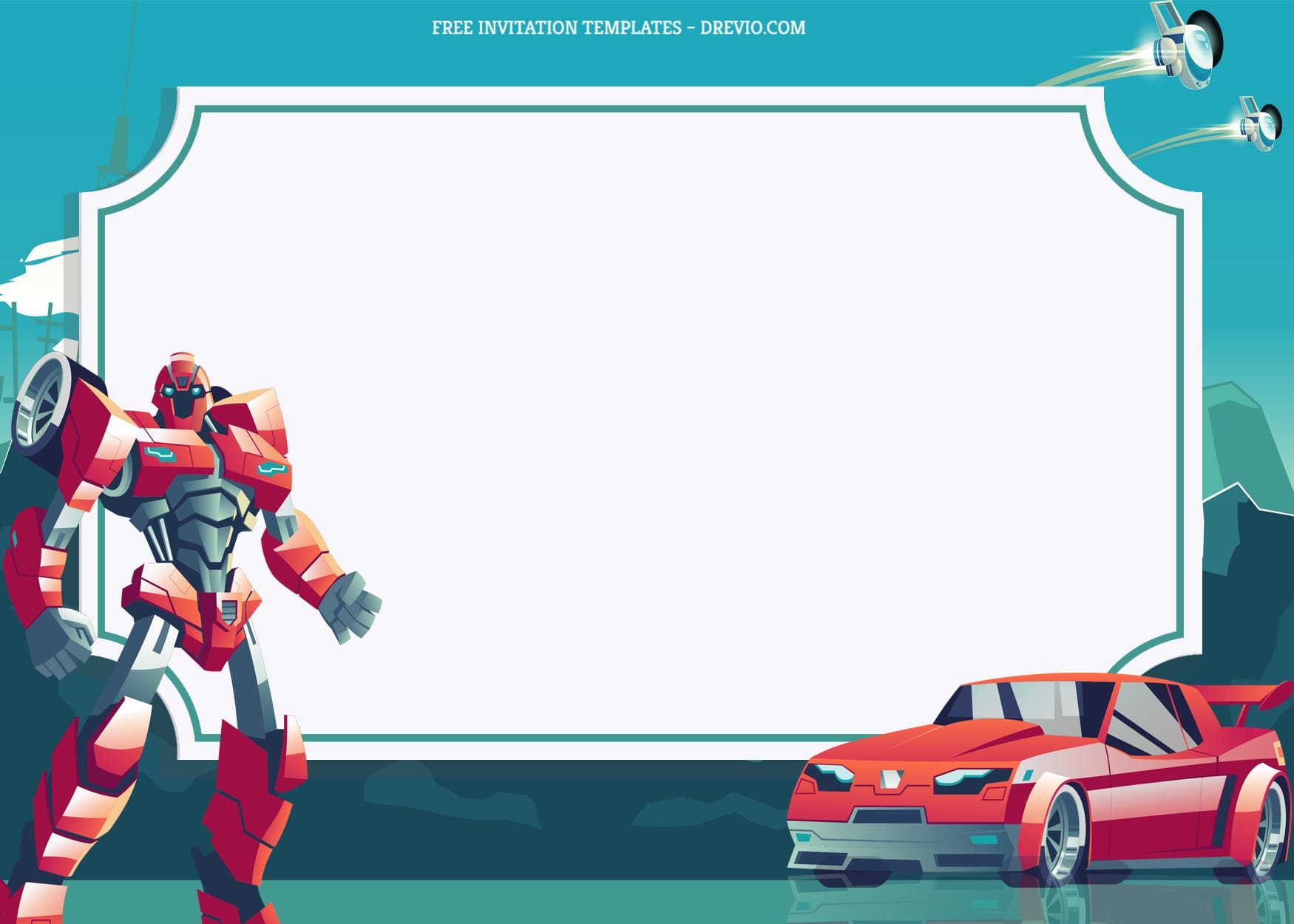 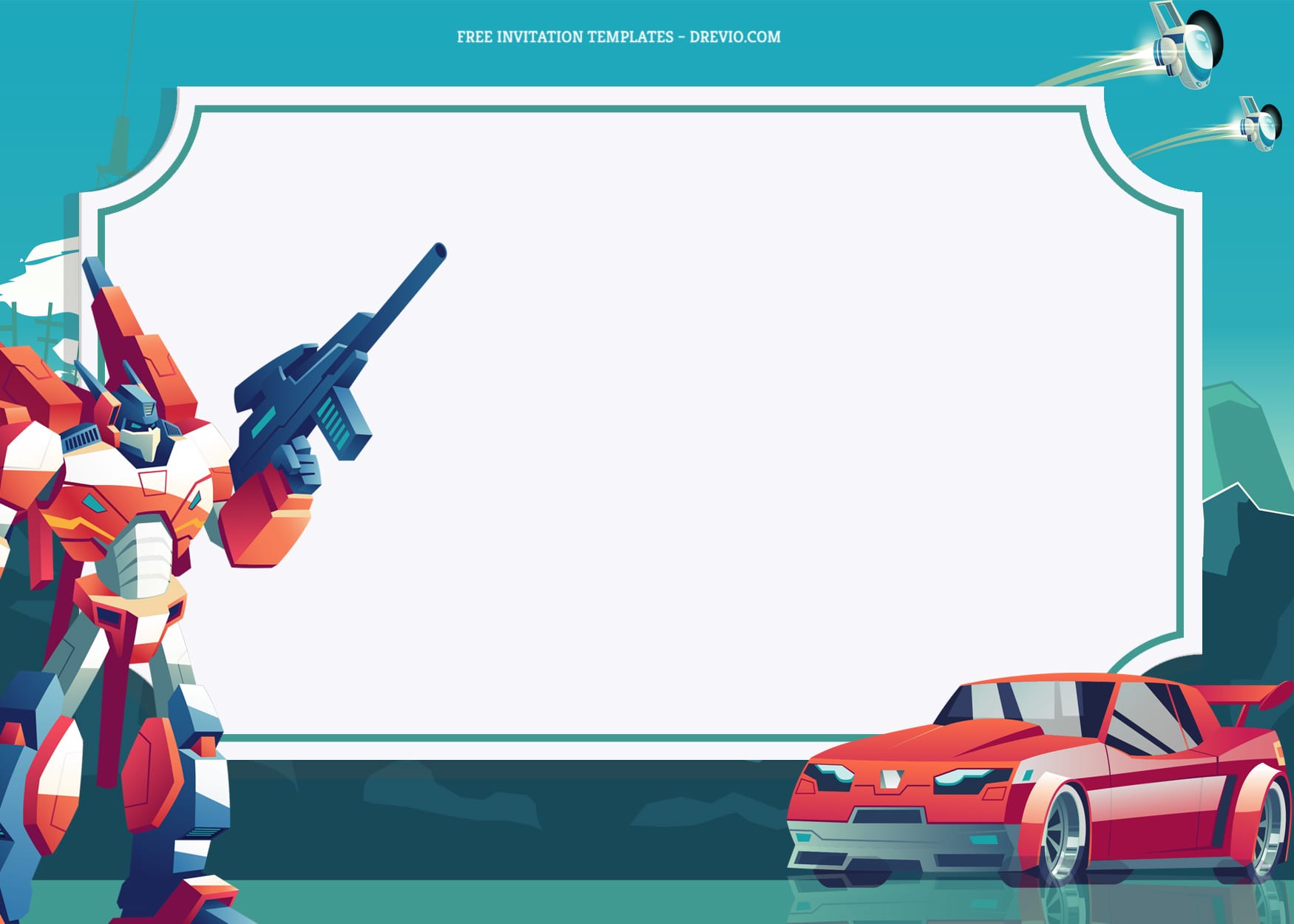 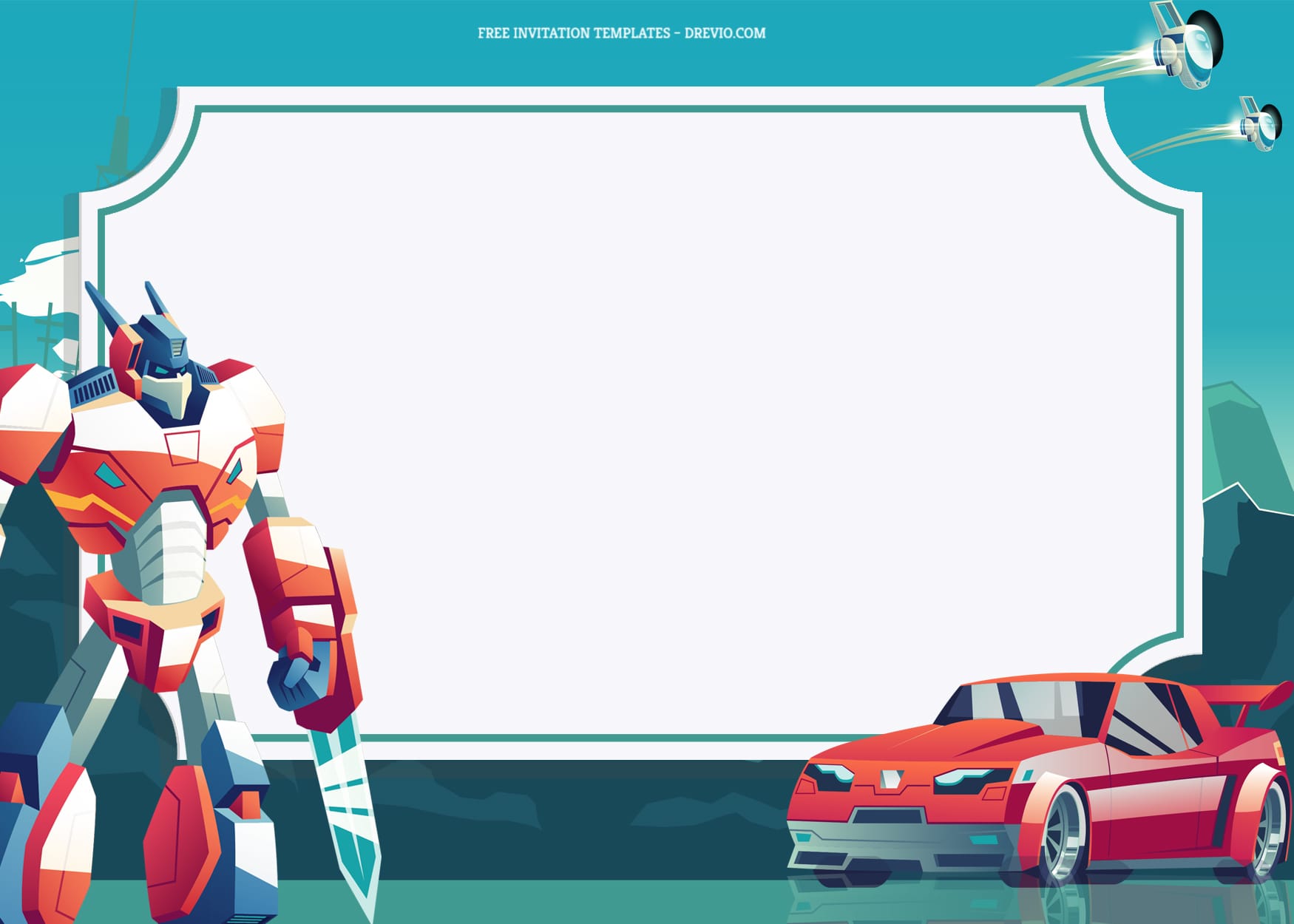 Using the background of the planet inhabited by these extraordinary robots, which is very futuristic and also full of technology. Robots are certainly available in various models and poses, and then don’t forget a car which is their shape when mingling with the inhabitants of the earth. You can let your child choose which invitations catch their attention and use them. After that you just have to download then add party information according to your wishes and your creativity. Good luck! 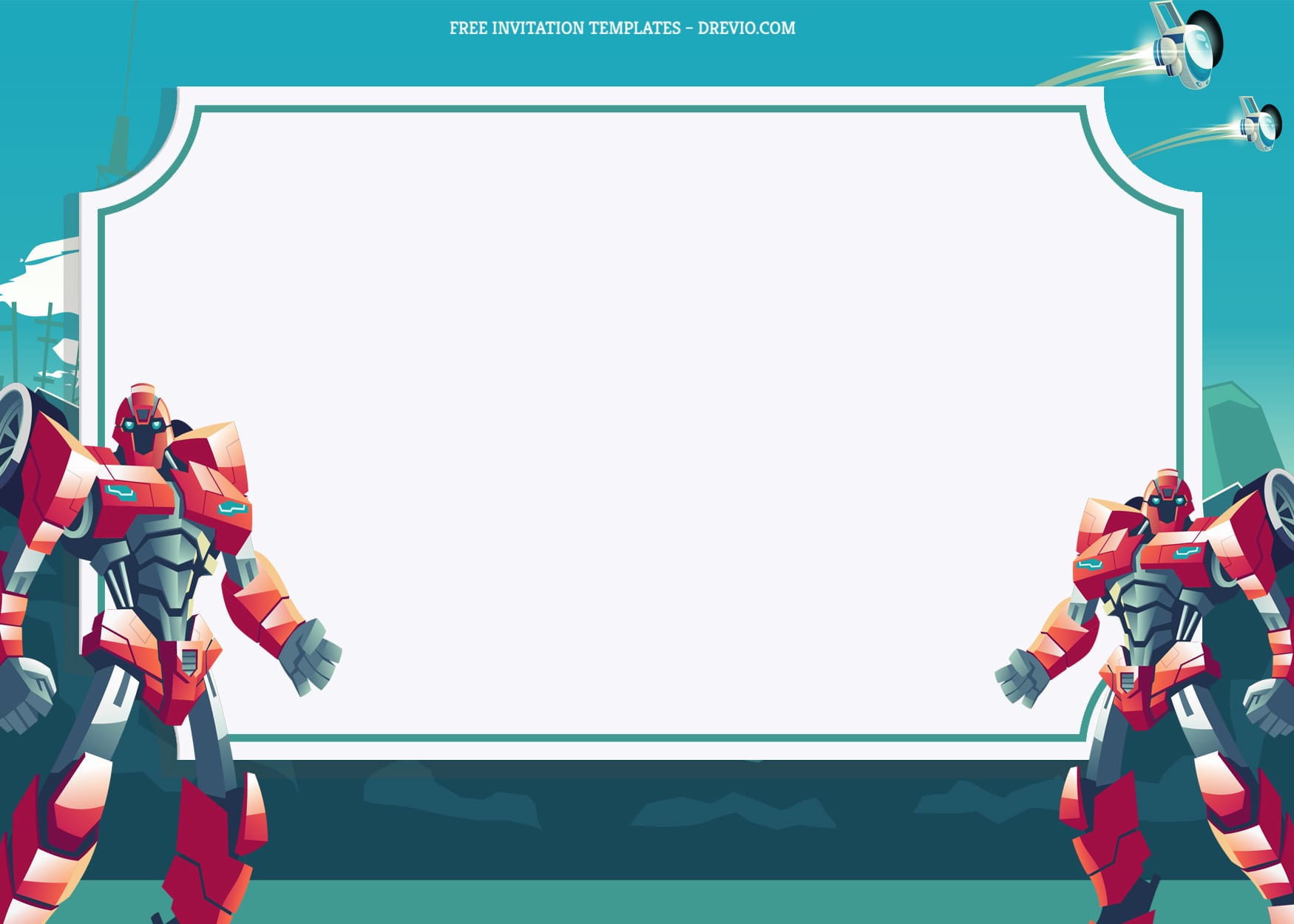 Hello, robotic comrades! Here is some tips on how you download :

1. After deciding which one that you like the most, right-click on them. When an option pops out, choose ‘save image as’.
2. You will be direct to another open window which you choose where to save it in your device storage. After you are done, click ‘save’. Your invitation will be immediately being download.